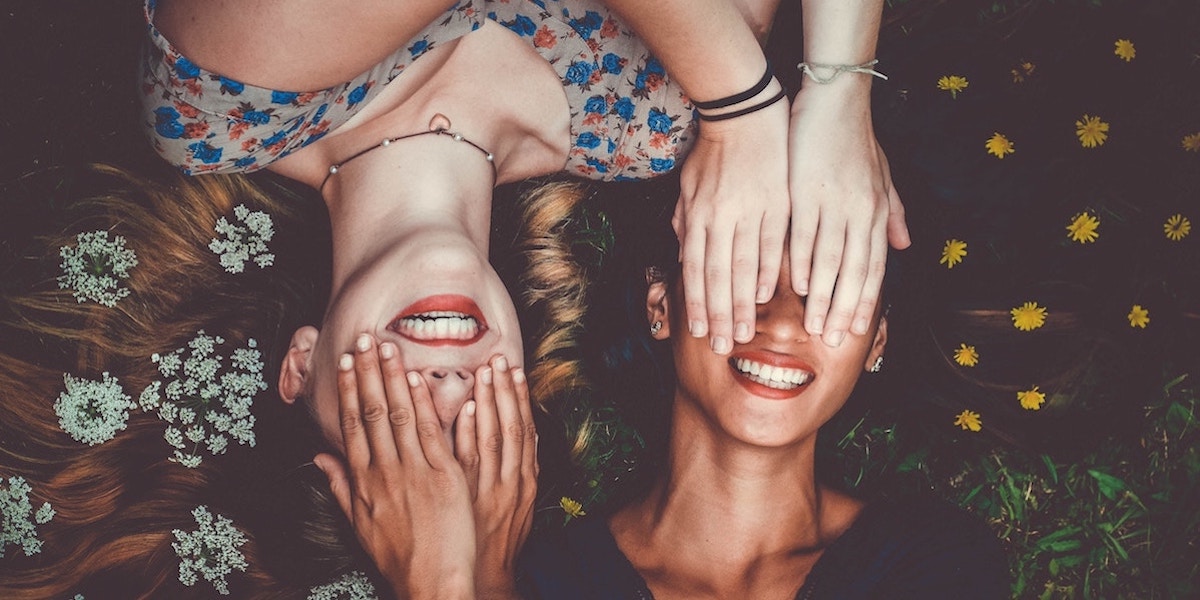 We’re always chasing something—be it a promotion, a new car, or a significant other. This leads to the belief that, “When (blank) happens, I’ll finally be happy.”

While these major events do make us happy at first, research shows this happiness doesn’t last. A study from Northwestern University measured the happiness levels of regular people against those who had won large lottery prizes the year prior. The researchers were surprised to discover that the happiness ratings of both groups were practically identical.

The mistaken notion that major life events dictate your happiness and sadness is so prevalent that psychologists have a name for it: impact bias. The reality is, event-based happiness is fleeting.

Happiness is synthetic—you either create it, or you don’t. Happiness that lasts is earned through your habits. Supremely happy people have honed habits that maintain their happiness day in, day out. Try out their habits, and see what they do for you:

1. They slow down to appreciate life’s little pleasures.

By nature, we fall into routines. In some ways, this is a good thing. It saves precious brainpower and creates comfort. However, sometimes you get so caught up in your routine that you fail to appreciate the little things in life. Happy people know how important it is to savor the taste of their meal, revel in the amazing conversation they just had, or even just step outside to take a deep breath of fresh air.

Getting your body moving for as little as 10 minutes releases GABA, a neurotransmitter that makes your brain feel soothed and keeps you in control of your impulses. Happy people schedule regular exercise and follow through on it because they know it pays huge dividends for their mood.

3. They spend money on other people.

Research shows that spending money on other people makes you much happier than spending it on yourself. This is especially true of small things that demonstrate effort, such as going out of your way to buy your friend a book that you know they will like.

4. They surround themselves with the right people.

Happiness spreads through people. Surrounding yourself with happy people builds confidence, stimulates creativity, and it’s flat-out fun. Hanging around negative people has the opposite effect. They want people to join their pity party so that they can feel better about themselves. Think of it this way: If a person were smoking, would you sit there all afternoon inhaling the second-hand smoke? You’d distance yourself, and you should do the same with negative people.

Bad things happen to everyone, including happy people. Instead of complaining about how things could have been or should have been, happy people reflect on everything they’re grateful for. Then they find the best solution available to the problem, tackle it, and move on. Nothing fuels unhappiness quite like pessimism. The problem with a pessimistic attitude, apart from the damage it does to your mood, is that it becomes a self-fulfilling prophecy: if you expect bad things, you’re more likely to experience negative events. Pessimistic thoughts are hard to shake off until you recognize how illogical they are. Force yourself to look at the facts, and you’ll see that things are not nearly as bad as they seem.

6. They get enough sleep.

I’ve beaten this one to death over the years and can’t say enough about the importance of sleep to improving your mood, focus, and self-control. When you sleep, your brain literally recharges, removing toxic proteins that accumulate during the day as byproducts of normal neuronal activity. This ensures that you wake up alert and clear-headed. Your energy, attention, and memory are all reduced when you don’t get enough quality sleep. Sleep deprivation also raises stress hormone levels on its own, even without a stressor present. Happy people make sleep a priority, because it makes them feel great and they know how lousy they feel when they’re sleep deprived.

7. They have deep conversations.

Happy people know that happiness and substance go hand-in-hand. They avoid gossip, small talk, and judging others. Instead they focus on meaningful interactions. They engage with other people on a deeper level, because they know that doing so feels good, builds an emotional connection, and is an interesting way to learn.

Taking the time to help people not only makes them happy, but it also makes you happy. Helping other people gives you a surge of oxytocin, serotonin, and dopamine, all of which create good feelings. In a Harvard study, employees who helped others were 10 times more likely to be focused at work and 40% more likely to get a promotion. The same study showed that people who consistently provided social support were the most likely to be happy during times of high stress. As long as you make certain that you aren’t overcommitting yourself, helping others is sure to have a positive influence on your mood.

9. They make an effort to be happy.

No one wakes up feeling happy every day and supremely happy people are no exception. They just work at it harder than everyone else. They know how easy it is to get sucked into a routine where you don’t monitor your emotions or actively try to be happy and positive. Happy people constantly evaluate their moods and make decisions with their happiness in mind.

Happy people only let technology do their talking when absolutely necessary. The human brain is wired for in-person interaction, so happy people will jump at the chance to drive across town to see a friend or meet face-to-face because it makes them feel good.

11. They have a growth mindset.

People’s core attitudes fall into one of two categories: a fixed mindset or a growth mindset. With a fixed mindset, you believe you are who you are and you cannot change. This creates problems when you’re challenged, because anything that appears to be more than you can handle is bound to make you feel hopeless and overwhelmed. People with a growth mindset believe that they can improve with effort. This makes them happier because they are better at handling difficulties. They also outperform those with a fixed mindset because they embrace challenges, treating them as opportunities to learn something new.

Happiness can be tough to maintain, but investing in the right habits pays off. Adopting even a few of the habits from this list will make a big difference in your mood.