13 Things Science Says Will Make You Much Happier 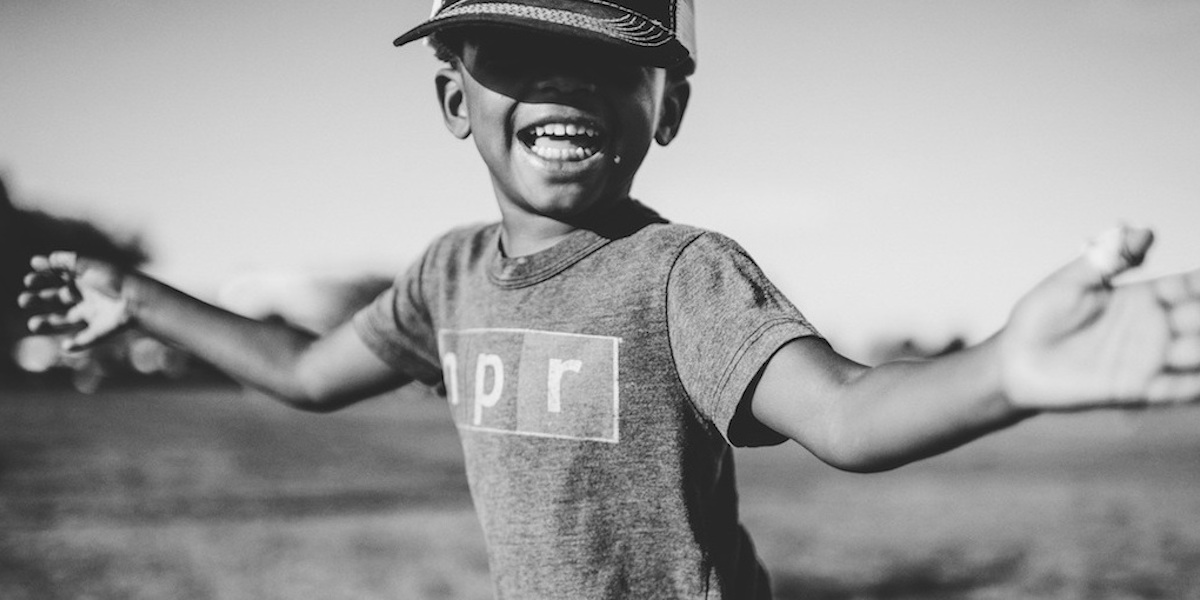 It’s no secret that we’re obsessed with happiness. After all, the “pursuit of happiness” is even enshrined in the Declaration of Independence. But happiness is fleeting. How can we find it and keep it alive?

Psychologists at the University of California have discovered some fascinating things about happiness that could change your life.

Dr. Sonja Lyubomirsky is a psychology professor at the Riverside campus who is known among her peers as “the queen of happiness.” She began studying happiness as a grad student and never stopped, devoting her career to the subject.

One of her main discoveries is that we all have a happiness “set point.” When extremely positive or negative events happen—such as buying a bigger house or losing a job—they temporarily increase or decrease our happiness, but we eventually drift back to our set point.

The breakthrough in Dr. Lyubomirsky’s research is that you can make yourself happier—permanently. Lyubomirsky and others have found that our genetic set point is responsible for only about 50% of our happiness, life circumstances affect about 10%, and a whopping 40% is completely up to us. The large portion of your happiness that you control is determined by your habits, attitude, and outlook on life.

“Happiness depends upon ourselves.” – Aristotle

Even when you accomplish something great, that high won’t last. It won’t make you happy on its own; you have to work to make and keep yourself happy.

Your happiness, or lack thereof, is rooted in your habits. Permanently adopting new habits—especially those that involve intangibles, such as how you see the world—is hard, but breaking the habits that make you unhappy is much easier.

There are numerous bad habits that tend to make us unhappy. Eradicating these bad habits can move your happiness set point in short order.

Amazing things happen around you every day if you only know where to look. Technology has exposed us to so much and made the world so much smaller. Yet, there’s a downside that isn’t spoken of much: exposure raises the bar on what it takes to be awestricken. And that’s a shame, because few things are as uplifting as experiencing true awe. True awe is humbling. It reminds us that we’re not the center of the universe. Awe is also inspiring and full of wonder, underscoring the richness of life and our ability to both contribute to it and be captivated by it. It’s hard to be happy when you just shrug your shoulders every time you see something new.

Isolating yourself from social contact is a pretty common response to feeling unhappy, but there’s a large body of research that says it’s the worst thing you can do. This is a huge mistake, as socializing, even when you don’t enjoy it, is great for your mood. We all have those days when we just want to pull the covers over our heads and refuse to talk to anybody, but the moment this becomes a tendency, it destroys your mood. Recognize that when unhappiness is making you antisocial, you need to force yourself to get out there and mingle. You’ll notice the difference right away.

We need to feel in control of our lives in order to be happy, which is why blaming is so incompatible with happiness. When you blame other people or circumstances for the bad things that happen to you, you’ve decided that you have no control over your life, which is terrible for your mood.

It’s hard to be happy without feeling in control of your life, but you can take this too far in the other direction by making yourself unhappy through trying to control too much. This is especially true with people. The only person you can control in your life is you. When you feel that nagging desire to dictate other people’s behavior, this will inevitably blow up in your face and make you unhappy. Even if you can control someone in the short term, it usually requires pressure in the form of force or fear, and treating people this way won’t leave you feeling good about yourself.

Judging other people and speaking poorly of them is a lot like overindulging in a decadent dessert; it feels good while you’re doing it, but afterwards, you feel guilty and sick. Sociopaths find real pleasure in being mean. For the rest of us, criticizing other people (even privately or to ourselves) is just a bad habit that’s intended to make us feel better about ourselves. Unfortunately, it doesn’t. It just creates a spiral of negativity.

Complaining is troubling, as well as the attitude that precedes it. Complaining is a self-reinforcing behavior. By constantly talking—and therefore thinking—about how bad things are, you reaffirm your negative beliefs. While talking about what bothers you can help you feel better, there’s a fine line between complaining being therapeutic and it fueling unhappiness. Beyond making you unhappy, complaining drives other people away.

People will like your clothes, your car, and your fancy job, but that doesn’t mean they like you. Trying to impress other people is a source of unhappiness, because it doesn’t get to the source of what makes you happy—finding people who like you and accept you for who you are. All the things you acquire in the quest to impress people won’t make you happy either. There’s an ocean of research that shows that material things don’t make you happy. When you make a habit of chasing things, you are likely to become unhappy because, beyond the disappointment you experience once you get them, you discover that you’ve gained them at the expense of the real things that can make you happy, such as friends, family, and taking good care of yourself.

Life won’t always go the way you want it to, but when it comes down to it, you have the same 24 hours in the day as everyone else. Happy people make their time count. Instead of complaining about how things could have been or should have been, they reflect on everything they have to be grateful for. Then they find the best solution available to the problem, tackle it, and move on. Nothing fuels unhappiness quite like pessimism. The problem with a pessimistic attitude, apart from the damage it does to your mood, is that it becomes a self-fulfilling prophecy: if you expect bad things, you’re more likely to get bad things. Pessimistic thoughts are hard to shake off until you recognize how illogical they are. Force yourself to look at the facts, and you’ll see that things are not nearly as bad as they seem.

Complainers and negative people are bad news because they wallow in their problems and fail to focus on solutions. They want people to join their pity party so that they can feel better about themselves. People often feel pressure to listen to complainers because they don’t want to be seen as callous or rude, but there’s a fine line between lending a sympathetic ear and getting sucked into their negative emotional spirals. You can avoid getting drawn in only by setting limits and distancing yourself when necessary. Think of it this way: If a person were smoking, would you sit there all afternoon inhaling the second-hand smoke? You’d distance yourself, and you should do the same with negative people. A great way to set limits is to ask them how they intend to fix their problems. The complainer will then either quiet down or redirect the conversation in a productive direction.

You should strive to surround yourself with people who inspire you, people who make you want to be better, and you probably do. But what about the people who drag you down? Why do you allow them to be a part of your life? Anyone who makes you feel worthless, anxious, or uninspired is wasting your time and, quite possibly, making you more like them. Life is too short to associate with people like this. Cut them loose.

10. Comparing your own life to the lives people portray on social media.

The Happiness Research Institute conducted the Facebook Experiment to find out how our social media habits affect our happiness. Half of the study’s participants kept using Facebook as they normally would, while the other half stayed off Facebook for a week. The results were striking. At the end of the week, the participants who stayed off Facebook reported a significantly higher degree of satisfaction with their lives and lower levels of sadness and loneliness. The researchers also concluded that people on Facebook were 55% more likely to feel stress as a result.

The thing to remember about Facebook and social media in general is that they rarely represent reality. Social media provides an airbrushed, color-enhanced look at the lives people want to portray. I’m not suggesting that you give up social media; just take it sparingly and with a grain of salt.

Having goals gives you hope and the ability to look forward to a better future, and working towards those goals makes you feel good about yourself and your abilities. It’s important to set goals that are challenging, specific (and measurable), and driven by your personal values. Without goals, instead of learning and improving yourself, you just plod along wondering why things never change.

Fear is nothing more than a lingering emotion that’s fueled by your imagination. Danger is real. It’s the uncomfortable rush of adrenaline you get when you almost step in front of a bus. Fear is a choice. Happy people know this better than anyone does, so they flip fear on its head. They are addicted to the euphoric feeling they get from conquering their fears.

Like fear, the past and the future are products of your mind. No amount of guilt can change the past, and no amount of anxiety can change the future. Happy people know this, so they focus on living in the present moment. It’s impossible to reach your full potential if you’re constantly somewhere else, unable to fully embrace the reality (good or bad) of the very moment. To live in the moment, you must do two things:

We can’t control our genes, and we can’t control all of our circumstances, but we can rid ourselves of habits that serve no purpose other than to make us miserable.