The 5 Do's and Dont's of Spring Cleaning 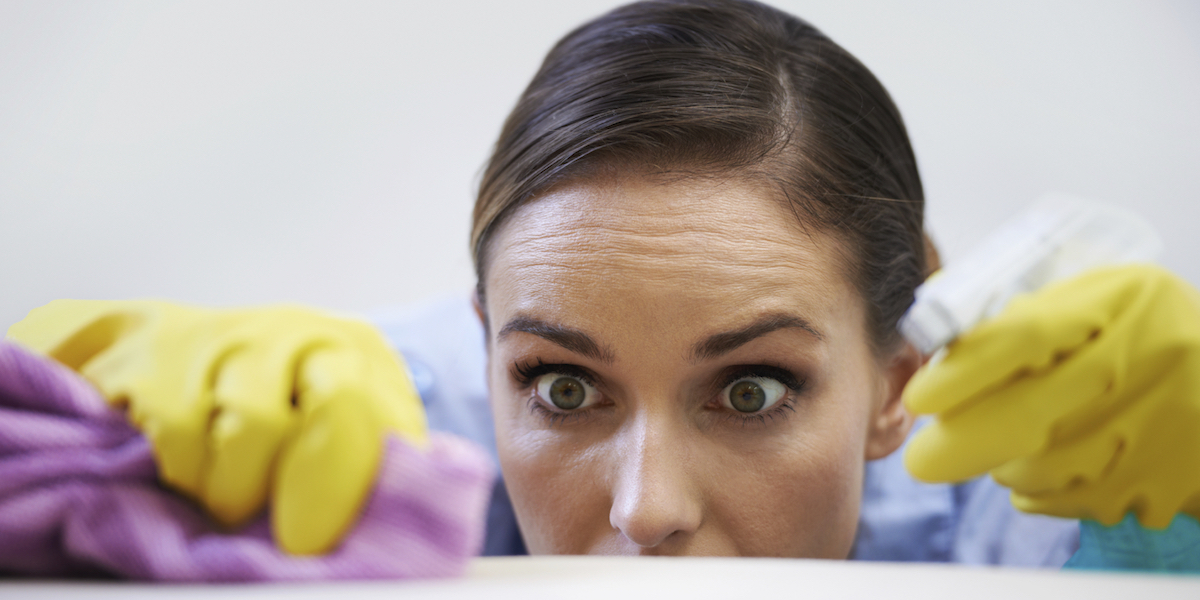 It’s spring! (In my part of the world, at least.) And with spring comes the urge to do some spring-cleaning. The warmer weather and the fresh breezes make me want my home to feel orderly, spacious, and clean.

So far, I’ve tackled three kitchen cabinets, a closet, and my pile of white t-shirts. It feelsgreat.

One of the things about happiness that continually surprises me is the degree to which, for most people, outer order contributes to inner calm, and inner self-command. I write about this connection in Better Than Before, in The Happiness Project, and inHappier at Home. (All New York Times bestsellers, I can’t resist adding).

This connection fascinates me; in the context of a happy life, a crowded coat closet or an overflowing in-box is trivial, and yet such things weigh us down more than they should. And clearing clutter is so energizing and cheering!

I’ve learned the hard way, however, to avoid these classic mistakes during spring-cleaning, or clutter-clearing generally:

When you’re facing a desk swamped in papers, or a closet bursting with clothes, or counter-tops littered with piles of random objects, don’t say to yourself, “I need to get organized.” No!

Your first instinct should be to get rid of stuff. If you don’t keep it, you don’t have to organize it. My sister wanted me to help her organize her papers, and after we through away the papers she didn’t need to keep, there was nothing left to organize. Excellent.

Ironically, it’s often the people with the worst clutter problems who have the instinct to run to a store and buy complicated hangers, drawer compartments, etc.  Don’t let yourself buy an item until it’s absolutely clear that it will help you organize objects that are truly necessary—rather than act as a crutch to move clutter around or to jam more clutter into place.

3. Don’t save things for the hazy future.

Some things are  worth keeping — but not most things. I was once helping a friend clear her clutter, and when I gently suggested that she might give away that pantsuit that she wore to work eight years earlier, she said, “Oh, but my daughter might want to wear those one day.”Really? I don’t think so. If you get a new dog, you’ll probably want a fresh dog bed, and if you lose a bunch of weight, you’ll probably decide to buy a new pair of jeans.

It makes sense to store holiday decorations, seasonal clothes, baby things you intend to use again, and anything else that’s useful for a particular time. But often, when we “store” something, it’s because we know we don’t really need it, or use it, or care about it much, but we just want to get it out of the way. Usually, it’s easier to throw something in the basement, attic, or garage than it is to figure out what to do with it. But in the long run, it’s better not to “store” that stuff but to give it away, recycle it, or toss it right away — without an intervening period in storage.

5. Don’t bite off more than you can chew.

Things often get messier before they get tidier. If you dump out every drawer in that big chest, you may run out of energy and time before you’re finished sorting through all of it. Take one drawer at a time. Of course, sometimes it’s necessary — and even fun — to spend a whole day or weekend clearing clutter, but often, it’s more realistic to tackle smaller aims.