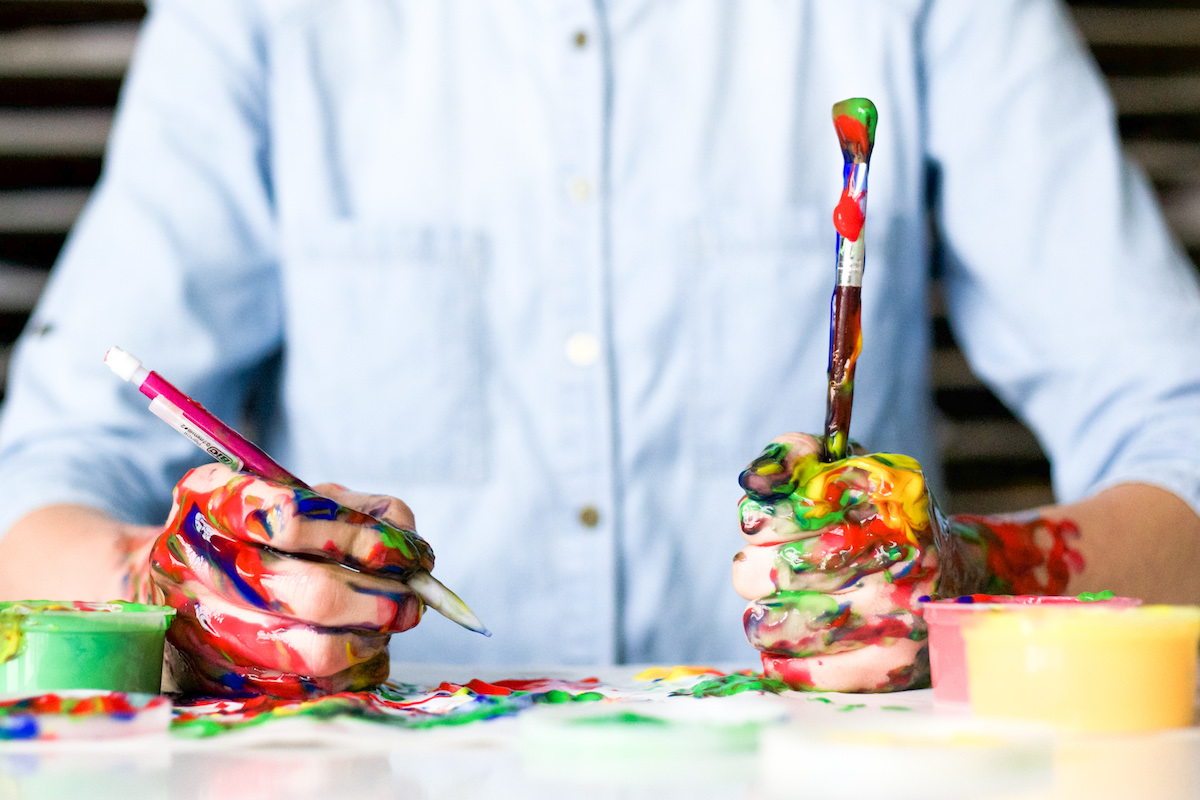 The innovative products that change the world stem from a necessary yet nebulous skill: creativity. But the search for outside-the-box ideas is often misdirected. The truth is, most try too hard to maneuver their brain into uncharted, original territory.

It’s a fool’s errand to push your mind toward creativity. And pushing your team to be creative, even more so. Why? This hyper-focused, goal-oriented approach misses one of the roots of creativity, and ignores one of our most valuable cognitive abilities: a flexible mind.

According to bestselling science writer, Steven Johnson, and science director of the Imagination Institute, Dr. Scott Barry Kaufman, creative ideas don’t arise from shifting to a particular mental state, but by maneuvering between two mental states. As part of the “Open Minds” video series on American Express OPEN forum®, the two discussed how the greatest creative minds of modern times, and throughout history, have stuck to a handful of habits to keep their minds flexible and sharp, and to ensure that cutting edge ideas remain within reach.

Here are their 7 key strategies for boosting your creativity:

1. Let go of being the “lone genius” — collaborate

Steven Johnson: “Every kid learns that Thomas Edison invented the light bulb, but there were 15 different people inventing the light bulb in the same period of time. Edison ended up making the first commercially successful light bulb, but the ideas that made a light bulb imaginable in the first place were very much in a network of people whose work Edison was fully aware of. He assembled a multidisciplinary team to help him turn the light bulb into a viable commercial product. Yet it’s hard to tell a story where there are 15 geniuses. We compress the story of genius down into an individual one because it makes for a stronger narrative, when in fact, the most important ideas involve some level of network collaboration.”

2. Master the art of daydreaming

Scott Barry Kaufman: “It is a big paradigm shift in the field to have discovered what’s called the Imagination Brain Network, which we activate whenever we go inward and are tied to our deepest passions, our deepest memories. It turns out creativity requires drawing on that. The more we can daydream on ourselves and make a connection with the outside world seems to be essential for creativity.”

Steven Johnson: “The moments of insight, where an idea seems to crystallize in your head, often come at those points of introspection where you have a little bit of time to let your mind network with itself, in a sense, rather than being out in the world.”

Scott Barry Kaufman: “Even if you’re drawing on other people’s work, it’s important to have time to synthesize all these different ideas, [and] to do it without the pressures of having to be sociable about it.”

5. Break out of your surroundings

Steven Johnson: Before the invention of freezers, Frederic Tudor basically invent[ed] the ice trade by carving frozen chunks of water from New England lakes and then shipping them down to the Caribbean or the South in the early 1800s… Frozen ice became the second largest export in United States behind cotton… [Tudor] has this genius idea by traveling to the South and to the Caribbean as a 19-year-old who’d grown up in Boston and he’s looking around in this new environment and he’s like, “Wow. There’s no ice here.” Through the physical migration from one place to another, the spark of an idea emerged in his head. Moving from one mental state to another, sometimes moving from a physical state to another, helps you unlock that creativity.

Scott Barry Kaufman: “I have maybe 40 insights a day and 99 percent of them are crap. So, just having an insight doesn’t mean that it’s going to be a good one. It’s just a process and the way that our brain works. When you’re truly passionate about something, your subconscious knows it and so it constantly has its antennae out to see what in the environment is relevant to that. It can over-trigger the insights, because our subconscious’s like, “Oh, that’s relevant,” and then your consciousness thinks, “Oh I just surprised myself. Therefore, that must be a beautiful insight,”—and it might not be a beautiful insight. “

Steven Johnson: “If you look at the most transformative ideas, they have a long incubation period as hunches. One of their defining characteristics of the people that I studied is that they’re very good at keeping those hunches alive for long periods of time and allowing themselves to  follow those leads, even though they’re not sure where they’re being taken on that journey… The eventual insight, when it happens, is often a collision between two or three different hunches that seem to belong to different categories that somehow come together. If you haven’t set up an environment where you give yourself time to cultivate these hunches, you won’t get to that eureka moment.”

Putting These Habits in Action

The creative process is not a state of mind, but rather, the ability to flexibly move between mental states. The trick is allowing yourself (and your team) to curl up inside your own unique thoughts, and to collaborate free of judgement and social pressures. Forgo eureka moments for this sustainable creative process.

This has been excerpted from the “Open Minds” video series on American Express OPEN forum®. View the complete video and series for more on creativity.