Acting with Power: Why We Are More Powerful Than We Believe 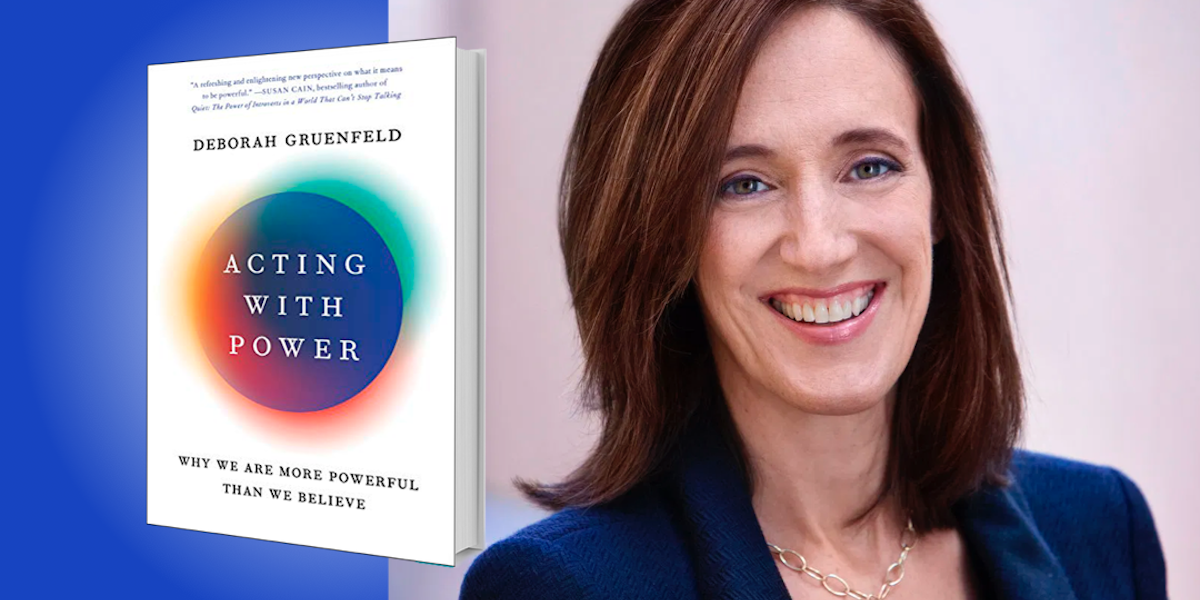 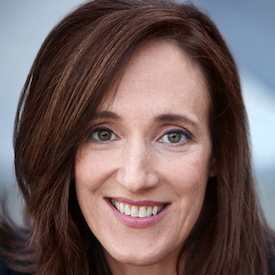 Deborah Gruenfeld is a leading social psychologist and the Joseph McDonald Chaired Professor at the Stanford Graduate School of Business. She also co-directs the Executive Program for Women Leaders at Stanford, and sits on the boards of the LeanIn Foundation and Stanford’s Center for the Advancement of Women’s Leadership.

Below, Deborah shares 5 key insights from her new book, Acting with Power: Why We Are More Powerful Than We Believe. Download the Next Big Idea App to enjoy more audio “Book Bites,” plus Ideas of the Day, ad-free podcast episodes, and more.

Next Big Idea Club · Acting with Power: Why We Are More Powerful Than We Believe

1. We often have more power than we think.

We all play roles in life that come with power, status and authority. Maybe you’re someone’s boss, parent, teacher or coach. Maybe you’re the expert in the room, or an old timer on the team that has just absorbed a newcomer. These roles might not affect how you see yourself or how powerful you feel on a day-to-day basis, but they define who you are to other people. That’s how power works. When others depend on us for access to things they care about, we have power over them—and to use that power well, we have to own it. We have to align our thoughts, feelings, and actions with our responsibilities to other people. It’s not enough to be yourself. You have to find a way to rise to the occasion.

2. To use power well, we need to commit to playing our part in someone else’s story.

Many of us are acutely aware that wielding power might make us unpopular, or we fear that we won’t actually succeed. And while the idea that you might be acting or trying to play a role at work probably makes you uncomfortable, in fact the capacity for role-taking is a milestone of developmental maturity. In the course of healthy development, preschool children learn to wait their turn, to share and follow the rules, as preparation for school, where they have to behave like good students in order to be successful. The same is true for adults, and especially those in positions of power. As we move up in the world, we inevitably take on bigger roles.

If we can’t properly manage the power, status, and authority that come with the roles we play, we’re in danger of misusing those resources. Sometimes the consequences are much more dire. Bullying, sexual misconduct and even domestic violence are associated with having power while feeling powerless. If we’re focused on our own weakness and insecurity, we do things to take care of ourselves. This is what it means to play the victim in a position of power. When we focus on others’ vulnerabilities and what they need from us to feel secure, we can approach power from a position of strength and act like the leaders we all want to be.

“When you have power, you have to be willing to use it to protect those who depend on you, even at great risk to yourself.”

3. Having power doesn’t make you a bad person.

Those of us who value equality have a hard time embracing power. But in fact, studies show that even the most idealistic among us secretly crave social hierarchy. It’s important to be able to step up. We’re negotiating power all the time, and the quicker we reach a consensual agreement, the better everyone feels. The presence of a functional social hierarchy is often a source of psychological security. When the person in charge doesn’t act like they’re in charge, we feel anxious and let down. This is why it’s so important to be able to wield power. Parents have a responsibility to keep their children from hurting one another. A manager has a responsibility to her team, that a meeting doesn’t waste people’s time and has a good chance of yielding results. And political leaders have a responsibility to protect their constituents by making controversial decisions during a public disaster. When you have power, you have to be willing to use it to protect those who depend on you, even at great risk to yourself.

4. Sometimes playing your power down is the best way to gain the upper hand.

When you already have power, you don’t have to show it off. Being powerful means you’re strong and secure enough to take personal risk and put someone else’s needs first. For example, Sequoia Capital is perhaps the biggest player in the U.S. venture capital business, known worldwide for its power and prestige. In 2017, the firm had no female partners, in large part because when it came to recruiting women, the firm’s macho reputation was not always a plus. The usual full press, wine and dine approach wasn’t working with women. So instead of throwing their weight around, the Sequoia team took their time to get to know their hiring target, Jess Lee, CEO of Polyvore. They learned she wasn’t fancy, that she drove an old car and was into cosplay, a hobby that involves dressing up as characters from animated films and comic books.

“Ask yourself ahead of time, not how am I going to handle this alone, but who can I bring with me?”

Instead of dressing to impress or inviting her to high-end restaurants, they decided to meet Lee in her comfort zone. They arranged to meet at a coffee shop. She walked in and scanned the room for the captains of industry, but what she found instead were two adult-sized people in bobbleheads, dressed like Woody and Buzz Lightyear from Toy Story. When they took off their heads, Jess burst out laughing. “I’m in,” she blurted out. Finally, after years of resisting, she agreed to join the Sequoia team. Needless to say, this approach was neither normal nor particularly dignified, but it was smart. It was strategic. Instead of throwing their weight around, offering more money, and trying to show how great they are, they took themselves down a notch. It cost them nothing and it won them her trust.

5. Interpret your situation in a way that’s empowering.

We’ve all walked into a room and felt alone, inadequate, and on the defensive, but with an actor’s mindset, we can reinterpret our circumstances and affect how the story unfolds. One helpful technique is to “bring someone with you,” i.e. to imagine you’re being accompanied by supporters. An executive I know imagines gathering the fiercest members of his family, who fall in step with him, one at a time, as he strides down the sidewalk into his trial by fire. Konstantin Stanislavski, the famous acting teacher, called it, “Using the magic if.” He believed that by fully engaging the senses in imagining all the sights, sounds and smells that might be part of a character’s experience, an actor could disarm his or her natural defenses and open up to new ways of being. So ask yourself ahead of time, not how am I going to handle this alone, but who can I bring with me?