Feeling Burnt Out? The Solution Might Be to Do More. 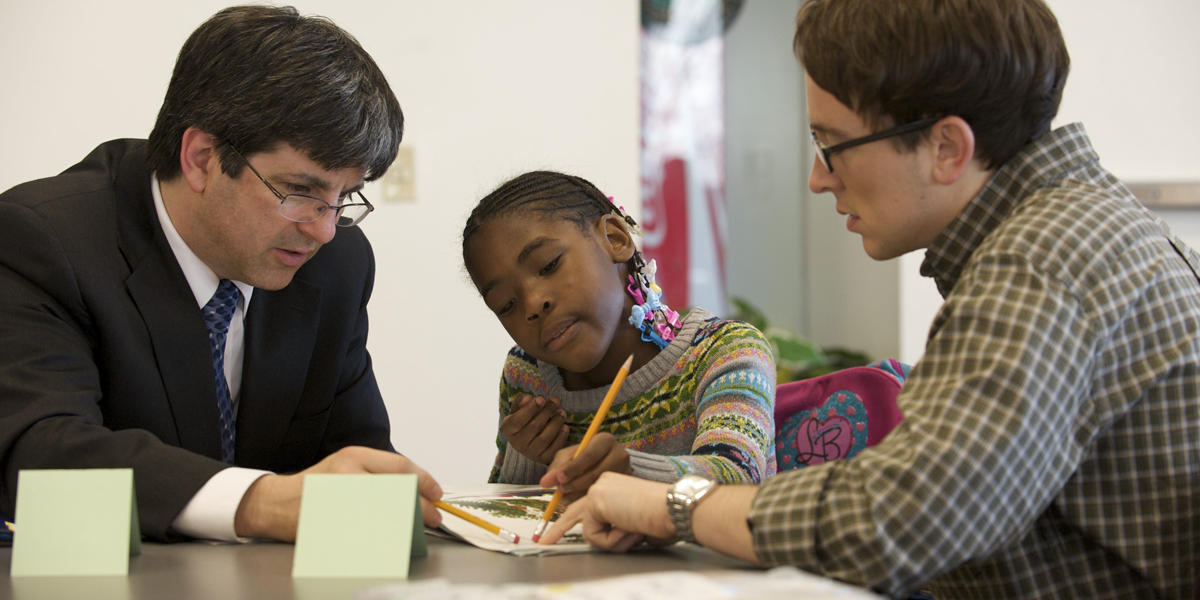 24-year-old Conrey Callahan was an energetic, bright, and eager volunteer for Teach For America, the organization that sends recent college graduates to disadvantaged schools across the country to help fight educational inequality. Her assignment, Overbrook High School in Philadelphia, boasts some famous alums (Will Smith, astronaut Guion Bluford Jr., Olympic gold medalist Jon Drummond), but its hallways and classrooms are tumultuous and often violent, and its students struggle academically.

Despite her best intentions, Callahan was soon overwhelmed. She arrived at 6:45 a.m. and regularly worked past midnight to finish her grading and lesson plans. Her most unruly students fought and cut class, and she was unable to follow the progress of her promising students after they left her classroom. “I never wanted to set foot in a school again,” said Callahan. “I was disgusted with the school, the students, and myself.”

Her experience isn’t unique among teachers, and is especially common in the young, idealistic ranks of TFA teachers. Her response to burnout, however, was decidedly uncommon: Instead of scaling back her responsibilities, she gave more.

Callahan volunteered as a TFA alumni mentor, helping her fellow teachers develop lesson plans. She founded a Philadelphia chapter of the non-profit Minds Matter, an extracurricular organization that prepares successful low-income students for higher education. And what happened next was the exact opposite of what most people would expect. The additional responsibilities on her plate made her more energized, enthusiastic, and optimistic about her work than ever.

How does giving more give someone energy? Wharton psychology professor Adam Grant’s research shines some light on this intriguing paradox. Grant proposes three reciprocity profiles: Takers, Givers and Matchers. Takers place their own interests before other’s needs, forming relationships based on what they think others can offer them. Givers prefer to give more than they get, and focus on what they can offer others. Matchers are balancing acts that give on a quid pro quo basis, careful to avoid exploitation by a taker.

Called in to help increase the productivity of a faltering university call center, Grant assumed that the underperforming employees weren’t committed to the cause of bringing in scholarship money (i.e. that they were takers). Yet when he measured the callers, the students most committed to helping others (the givers) showed the highest signs of burnout and had the lowest performance.

Surprised by these numbers, Grant looked to motivation. Realizing that the giving students weren’t able to see their impact from the cubicles of the call center, he brought in letters from students who had received aid to help the “givers” understand the impact of their work. He also introduced the callers to a scholarship recipient, who shared how the financial help had changed his life. Not surprisingly, the givers’ performance skyrocketed.

So when Callahan founded Minds Matter, she was finally able to see her impact without the negative noise of struggling students and a challenging school. Her students’ success with Minds Matter directly and immediately validated her service, giving her the confidence and energy to work with more difficult students at Overbrook.

Focusing on giving more, and giving in the right way — that is, when you have a direct, visible impact — can be a highly effective way to bolster motivation and help you maintain a positive outlook. And this giving strategy works outside of the classroom, too. Whatever your field, finding meaningful opportunities to give outside of your day-to-day responsibilities can revitalize you.