How to Add More Humor to Your Life, According to Two Stanford Professors 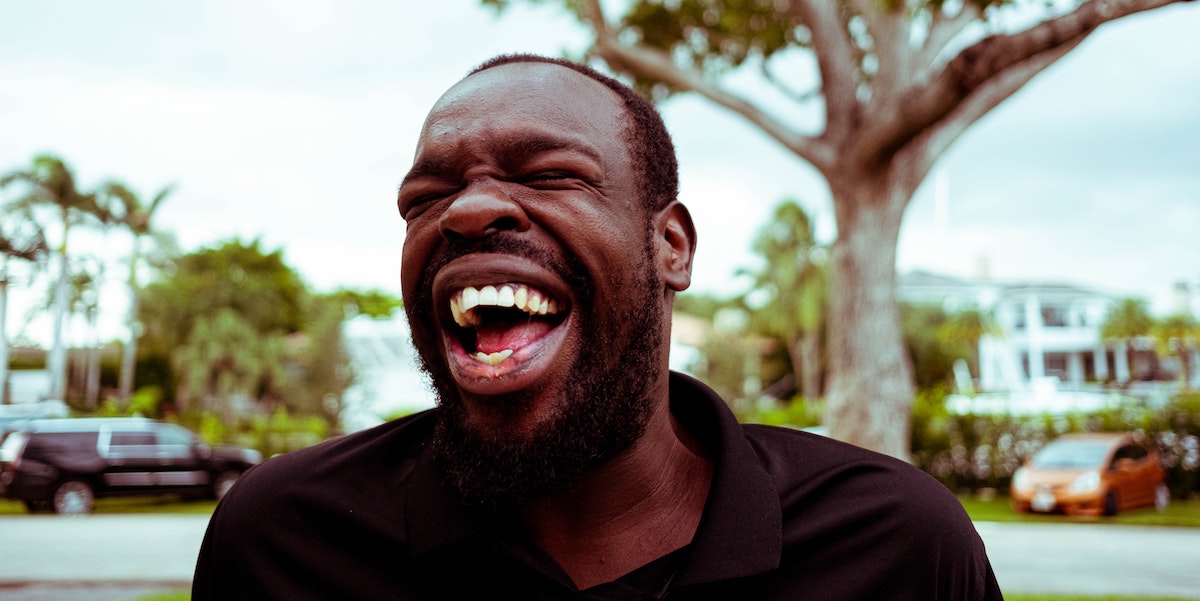 Humor is no laughing matter. It inspires innovation, strengthens relationships, disarms tension, and makes you seem better looking. Seriously. So why are we all afraid to be funny at work? In their new book, Humor, Seriously, Stanford professors Jennifer Aaker and Naomi Bagdonas say the recipe for professional success and personal fulfillment is to lighten up, pack a little levity in your briefcase, and start living your life on the precipice of a smile.

On today’s episode of the Next Big Idea podcast, they dig into the neuroscience of laughter, share tips for crafting office-safe jokes, and help host Rufus Griscom improve his comic chops. Listen to the full episode below, or read a few notable highlights.

Navigate the world on the precipice of a smile

Naomi Bagdonas: A distinction that we make with our students, and in the book, is the difference between levity and humor. Levity is a mindset. It’s an inherent state of receptiveness to—and seeking of—joy. If you navigate the world with your shoulders slouched, it’s going to change how you feel and how you act. It’s also going to change how people act toward you. Similarly, if you’re navigating life on the precipice of a smile, looking for reasons to be delighted rather than disappointed, it’s going to impact how you perceive the world and how other people perceive and interact with you.

The neurochemistry of laughter

Jennifer Aaker: It’s an incredible cocktail of hormones. When you laugh with someone, you release endorphins, which give you something like a runner’s high. You also lower your cortisol, so you feel calmer and less stressed. And you release oxytocin, which is the trust or love hormone that’s released during certain kinds of physical touch.

So as far as our brains are concerned, laughter is like exercising, meditating, and having sex at the same time—but logistically easier. And these shifts in our brain impact not just how we see ourselves but also how we behave, how others see us, and how they behave as well.

Learn the difference between a real laugh and a courtesy chuckle

Naomi Bagdonas: When we rise in status in an organization, our calibration completely gets off, and research studies support this. Researchers have two conditions where they have an individual tell the same joke. In one condition, they make participants believe that person is of a lower status than others in the room. In the other condition, they make individuals believe that that person is of higher status. And what they found is in the low-status condition, you get no laughter. But in the high-status condition, everyone laughs.

“As far as our brains are concerned, laughter is like exercising, meditating, and having sex at the same time—but logistically easier.”

This is actually a problem for bosses. Seth Meyers was a guest in the class. And when he was about to leave, we said, “Okay, before you go, what’s the single most important piece of advice that you have for our students?” He paused for a second, and he said, “Get really good at recognizing your own genuine laughter versus your fake laughter.” Because we all do it. We’re all in situations where we want to impress someone or we laugh just because we think it’s the socially appropriate thing to do. If you get really good at recognizing that in yourself, you’ll also be better at recognizing it in other people, thereby continuing to get feedback on how your humor is landing.

Humor is an act of love

Jennifer Aaker: The book that we wanted to write was really one around hopefully transforming business—that humor is a superpower that’s completely under-leveraged and underappreciated at work. But through the actual experience of writing the book, we started to really understand the power of humor, not just as a secret weapon, but really as a way to create meaning in your life. A lot of this work was jump-started by my mom, who has been a volunteer for hospice for the last 45 years. She would tell me stories about what people regret in their last days of life, because that was her job—to listen and think about how to make those last days meaningful.

And I remember noticing that one of the regrets that people mentioned is: “I wish I had the chance to say I love you one more time.” And in this afterward that Michael Lewis wrote with us, he has this wonderful quote: “When humor exists, love is not far behind.” So we find that there are few acts as easy and generous as sharing laughter with someone. And when you share laughter with someone, you make them feel valued.

Want more? Check out Jennifer and Naomi’s new TED Talk on the power of humor at work and in our lives!