Do We Have Alcohol to Thank for Civilization? 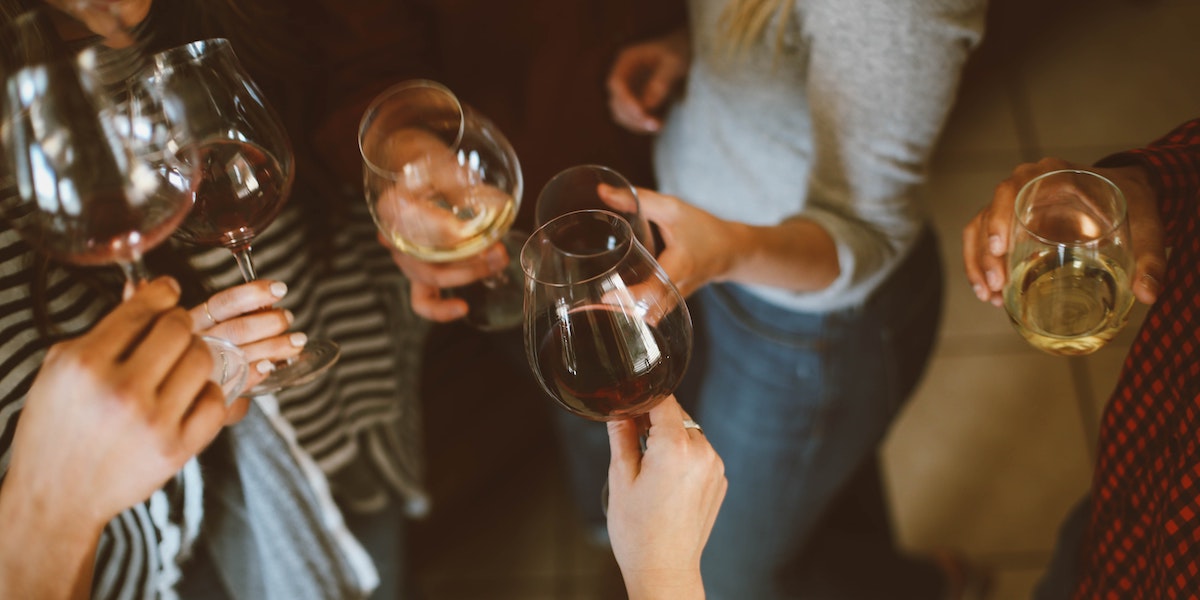 According to Edward Slingerland’s new book, Drunk: How We Sipped, Danced, and Stumbled Our Way to Civilization, the answer to this question is a resounding yes. Edward, who’s a professor at the University of British Columbia and self-proclaimed “philosophical hedonist,” says that far from being an evolutionary fluke, our taste for alcohol is an evolutionary advantage—one that we’ve relied on for millennia to help us lead more social, creative, and pleasurable lives.

Below, listen to Edward’s full conversation with host Rufus Griscom on the Next Big Idea podcast, or read a few key highlights.

Our taste for alcohol isn’t an evolutionary mistake—it’s an ancient tool.

Edward Slingerland: Our discourse around intoxicants is hampered by at least two separate things. One is the lack of an accurate scientific and anthropological framework for talking about alcohol use. The dominant theory about alcohol use is that it’s an evolutionary mistake. Alcohol just happens to trigger rewards, and we’re very clever primates, and we figured that out. We’re using it for that reason, and it has no adaptive value. That is an impoverished way to talk about alcohol, because we’re not seeing all of the social functions it plays. We don’t understand, from a scientific perspective, how its adaptive benefits have paid for the costs. There are all sorts of really horrible costs to alcohol, but the taste for alcohol wouldn’t have stayed in our gene pool—and the right to drink and consume alcohol would not have stayed in our cultural repertoire—unless it was doing some positive things.

So a big part of my book is trying to correct our misinformation about alcohol. But then the other reason our conversations are not great around this topic is this kind of weird puritanism, and I think it has to do with this discomfort with pleasure.

Our ancestors used alcohol to cope with the stress of civilization.

Rufus Griscom: Where this gets really interesting is you make the case that not only was alcohol arguably the catalyst for early large-scale human gatherings and then the dawn of agriculture and civilization, but it then also became necessary for humans to manage the stress of living in closer proximity to each other.

Edward: Yeah, it was both the motivation to settle down, and then once we did settle down, it was a tool for helping us cope with that, because the transition from a hunter-gatherer lifestyle to early agricultural lifestyle must’ve been a shock. Hunter-gatherers lived pretty cognitively diverse lifestyles—they were relatively egalitarian, and they were wandering around a lot. And then you’re moving into a village lifestyle where you’re now living in a fixed place. You’re living on top of other people. You’re crammed into rooms together. Your diet is impoverished. And you’re having to negotiate social hierarchies in a way you didn’t have to before. It had to have been really stressful.

So my argument is that one function of alcohol is stress reduction. The Hebrew Bible talks about the role of wine in taking away sorrow, and you see very similar things in early writings from Mesopotamia and China as well. It’s a way for people to cope with the stresses of agricultural life, and I think that people in modern societies popping open a beer or pouring themselves a glass of wine at the end of the day are doing exactly the same thing.

“The Hebrew Bible talks about the role of wine in taking away sorrow, and you see very similar things in early writings from Mesopotamia and China as well.”

Edward: I was giving a talk at a Google campus, and I noted, in passing, this study that had just come out, showing that if you bring people to about 0.08 blood alcohol content, they do better at creative tasks.

After the talk was over, the Q&A session started, and this hand shot up in the front of the room, and the first comment was, “Hey, do you know about the ‘Ballmer Peak’?” Supposedly, Steve Ballmer, the former CEO of Microsoft, discovered that his coding ability peaked at this really narrow blood alcohol content, and then fell off if he drank too much. So he would supposedly keep himself hooked up to an IV drip of vodka to keep himself right at this really narrow BAC where he was a supernaturally good coder. That was probably apocryphal, but it gets at this idea that there’s a sweet spot of inebriation where you regain the kind of cognitive flexibility that we have as children.

COVID is the new prohibition.

Rufus: For those who may be skeptical about this enhancement of creativity that alcohol facilitates, you cite the work of an economist named Michael Andrews who pulls data on wet and dry counties during prohibition. And I think he was able to show, pretty conclusively, that the number of new patents were reduced by 15% annually in counties that went from wet to dry in the early years of prohibition.

Edward: That’s correct. That’s a nice study—it’s correlational, but it’s taking advantage of a natural experiment. We think of American prohibition as being something that happened all at once, but it actually happened over a long period of time, and was imposed at different times at the county level and at the state level. So he took advantage of that natural variation to look at differences in patent applications, and he finds this drop-off in innovation when prohibition is imposed.

His view is that what’s happening is people didn’t stop drinking; they turned to bootleg liquor, or they made stuff at home. What they couldn’t do anymore, though, was go to saloons, drink, and talk. And so he thinks that the damage that prohibition did to collective innovation was the elimination of collective drinking. You take that away, and you’re going to see this decline in innovation.

And I predict, in the book, that with the COVID lockdowns, we’re going to look back and see the same effect. All of our professional, in-person conferences were canceled. People weren’t able to go to the pubs and drink together—it’s very much like prohibition. Drinking’s been driven into the home and has been made a solitary pursuit. I think we’re going to see negative effects of that for years.

“If you bring people to about 0.08 blood alcohol content, they do better at creative tasks.”

On the twin banes of imbibing.

Edward: Distillation and isolation. I call them the twin banes of modernity. For almost all of our history, we drank mostly beer-type things that would come in around 2 or 3% ABV [alcohol by volume]. And if we had access to fruit wines, you can get higher with those, but those typically wouldn’t be more than 8 or 9%. But distillation is a way around this natural limit of alcohol strength.

Basically, you boil a mixture—you boil a beer—and you capture the alcohol, which boils off first, and then you do it again and again. And if you repeat that enough times, you get almost pure alcohol. That’s what vodka is; it clocks in at about 90% ABV. That’s orders of magnitude stronger than what we’ve evolved to deal with.

I argue that most of the benefits of alcohol come at the sweet spot of about 0.08 BAC. That’s where you’ve down-regulated your prefrontal cortex, you’re getting the endorphin and serotonin kick, and you’re feeling good. You’re disinhibited, but you’re still connected to reality. You’re not dangerously out of your senses.

So that’s the first danger: distillation. The second has to do with the drinking alone problem. Historically, it’s been very rare to almost nonexistent for individuals to have private access to alcohol. We’ve been drinking in public, communal environments where the drinking is regulated ritually. Either there is someone in charge of making a toast at certain times and that’s the only time you’re allowed to drink, or there is someone, like in the Greek symposium, who was in charge of deciding when to circulate the wine and how strong it was.

The fact that I can go to a drive-through liquor store, load up my car with vodka, drive home, and just have it here in my house and drink as much as I want—it’s crazy. It’s completely unprecedented historically. It’s a uniquely dangerous situation.

Alcohol has always sat on this razor’s edge between benefit and cost, right? It has these positive benefits, but it poses these serious costs. The calculus may change if we’re in a world awash with distilled spirits where people are drinking at home alone.

All hail the English pub.

Rufus: There’s this incredible study of the correlation between the frequency that people go to local pubs and positive health outcomes.

Edward: Absolutely—it suggests that there’s a healthy style of drinking. They’re drinking beers and wines, and they are drinking them in a group setting where there’s food and it’s relaxed. It’s open. If you look at a British pub or a French café, you see all sorts of people. There are families with children. There are old people sitting alone with a glass of wine, reading the newspaper. There are kids on dates. There are colleagues meeting after work—it’s inclusive. And I think that one of the problems with North America is that we tend not to have those.