How $16 Camel Milk Ended Up in Whole Foods 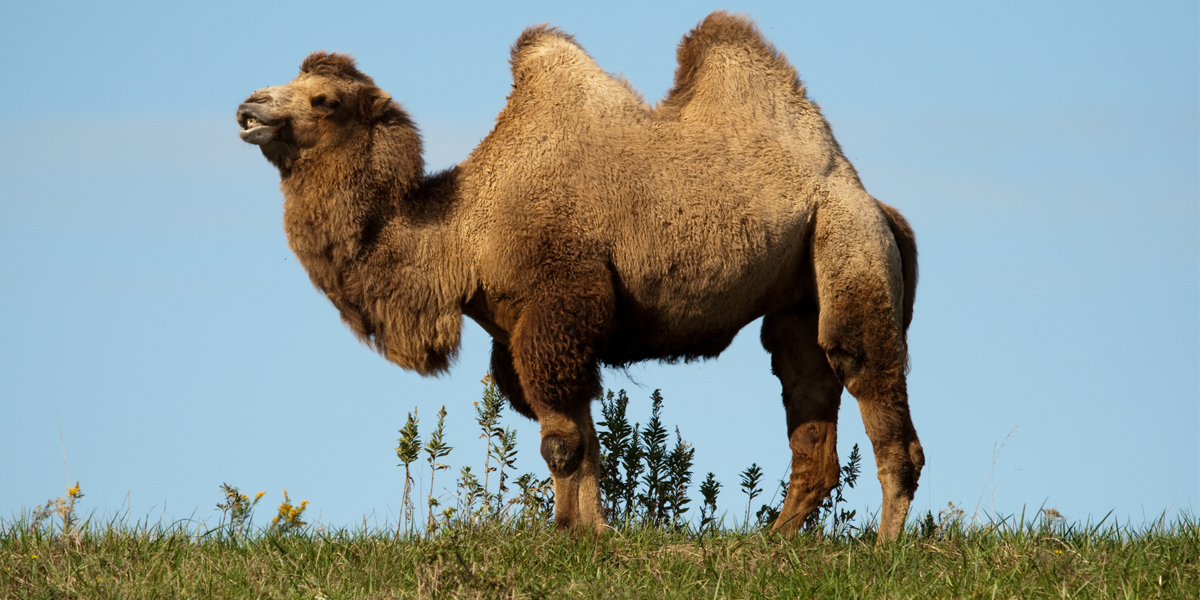 While once a staple of American households, milk has increasingly fallen out of favor. According to the USDA, on average, Americans drink 37 percent less milk today than they did in 1970. Whether it’s lactose-intolerance, calorie-avoidance, or soy-loving to blame, one man looked beyond the debate and saw something sweet and delicious. He saw opportunity.

Meet Walid Abdul-Wahab, a Saudi Arabian entrepreneur who, after graduating from USC’s Marshall School of Business, made it his mission to break into the milk market with an unexpected source: camels. Known as the “white gold of the desert,” camel’s milk has a long list of alleged health benefits. It’s been reported (though as yet unconfirmed) to help alleviate the symptoms of celiac disease, lactose intolerance, diabetes, Crohn’s disease, autism, Alzheimer’s, and even HIV/AIDS.

With an arsenal of testimonials dating back to the domestication of camels and spanning the nomadic people of the Arabian and African deserts, the unlikely elixir found a small but eager consumer base in the United States. Or, more accurately, Abdul-Wahab found them. During a trip home to Saudi Arabia for Ramadan, a friend introduced him to the uncommon beverage and Abdul-Wahab saw the potential to market the drink to a community he knew well: health-conscious Californians.

Despite Abdul-Wahab’s enthusiasm and business education, his venture, dubbed Desert Farms, met some huge obstacles. Namely, raw milk — the form in which camel’s milk carries its health benefits — is illegal in many states, and also illegal to transport across state lines. Additionally, there are very few camel farmers (or camels themselves) in the United States. The industry is a tough one. Camels produce milk only when they’ve given birth, so you need both male and female camels for milk production. Yet there’s no market for camel meat, so there’s no direct economic incentive to own male camels.

As Abdul-Wahab struggled to move from ideas to action, he realized he was coming close to creating a black market for camel milk, as Alexa Clay and Kyra Maya Philips explain in their book The Misfit Economy, a study of fringe innovation, salesmanship, and entrepreneurship. Instead of following down this road, Abdul-Wahab — like the other “misfits” they use as case studies — took an alternative, unexpected route to achieve his goal.

Abdul-Wahab began advertising in newspapers and traveling across the United States, asking camel farmers (most of whom just leased their camels out for Nativity scenes) to milk their camels for him. Eventually, he struck deals with seven Amish farmers across the country who agreed to sell him their camels’ milk for $80/gallon (Abdul-Wahab also pays them for their labor.) The expensive elixir retails at $18 for 16 oz, and Desert Farms is now sold in almost 100 Whole Foods.

In The Misfit Economy, Clay and Philips extol the virtues of the humble hustler at great length — and dub Abdul-Wahab an exceptionally persistent one. A hustler is someone who spots potential and goes for it without hesitating, and sees challenges as hiccups, not roadblocks. Though camels aren’t the most lovable animals, and the market for their milk is rife with regulatory hurdles, he found a loyal following for his own misfit economy.