Tech’s Most Powerful Join Forces Against a Common Threat 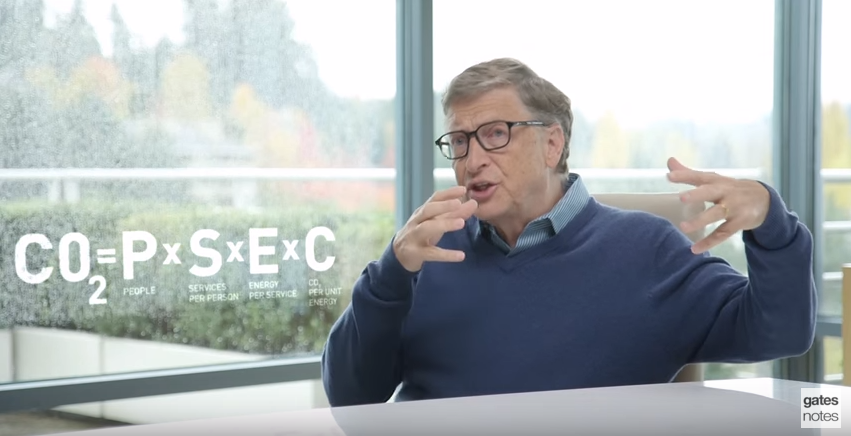 As the United Nations Conference on Climate Change (COP21) rumbles onward, a coalition of notoriously free-thinking billionaires have banded together in pursuit of sustainable energy. They call themselves the Breakthrough Energy Coalition, and they’re here to disrupt the conversation around climate change.

World leaders have long discussed the issue of environmental degradation, but they’ve been slow to develop –much less execute–a real plan. Countless other issues vie for attention and money, and both legislation and funding take a long time to materialize. The world’s leaders have done very little since the earliest markers of climate change, but more definitive science and a decided (though not complete) shift in cultural consciousness have brought them now to Paris. Their goal is to draft an agreement to keep climate change below 2°C. Despite the fact that COP21 will likely bring about the most serious governmental commitment to conservation yet, many environmentalists are skeptical that the agreement will be strong enough to slow climate change. It’s a familiar story by now: massive political systems groan under their own weight, too caught up with staying upright to move forward.

Heavyweights including Bill Gates, Mark Zuckerberg, Richard Branson, and Jeff Bezos realized they were in a position to seek rapid innovation and change thanks to their considerable wealth and influence and their lack of affiliation with any political behemoth. They can swerve around financial and policy hurdles and directly encourage (and fund) research into more sustainable sources of energy, directly engaging with the scientists, researchers, and developers behind the technology that will hopefully save us from ourselves.

This is where the Breakthrough Energy Coalition comes in. They’re misfits in terms of the climate conversation; not an advocacy group, a political entity, or a governmental bureau but a group of powerful people who saw a flawed system and recognized their power to change it. The idea of the “misfit” is powerful in this context–fodder for an entire book, The Misfit Economy, by Alexa Clay and Kyra Maya Phillips, that champions those who operate outside of the established system to create success for themselves.

The book praises the self-governance, informality, and hustle of criminals, pirates, and startup founders much like the innovators behind the Breakthrough Energy Coalition. These tech giants are not bound by the same rules and limitations as politicians and, as the founders of major, forward-thinking, and immensely influential companies, they’re wired for innovation. Most importantly, their money isn’t tied up into the political system. By introducing a little bit of freedom into the race for climate-saving technology, this unlikely group of climate warriors might finally find a solution.