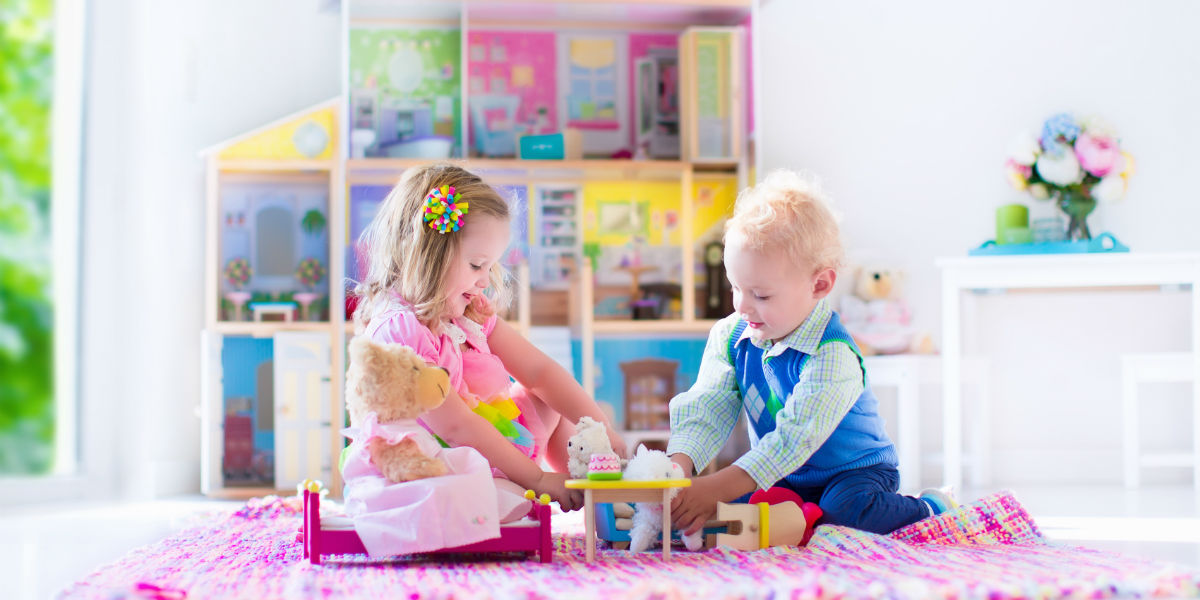 Boys like trucks, and girls like dolls—displaying gender-typical toy preferences before they’re even old enough to know what gender is.

That’s the finding of a a new study conducted by Brenda Todd of City University London and published in the journal Infant and Child Development. Todd and her coauthors tested the toy preferences of children aged 9 to 32 months during a free-play session at their nursery school. As described in BPS Research Digest:

“The child was surrounded in a semi-circle by seven toys identified in a local survey as being stereotypically male (a car, a blue teddy, a digger, a ball) or stereotypically female (a doll, a pink teddy, a cooking pot). The toys were placed in a random order within reach of the child, who was encouraged by the researcher to ‘play with any of the toys that you want to.’ For three minutes, the researcher then made notes on each five-second interval according to whether the child had deliberately held, touched or moved any of the toys.

“The researchers divided the children into three age groups: 9-17 months, 18-23 months, and 24-32 months. At every age, there was a clear pattern—boys showed more interest in and played for longer with male-type toys and girls showed a similar bias for female-typed toys. In statistical terms, the effect size for these differences was large.”

The study’s authors note that their results are congruent with earlier research using different methods—including the startling finding that infants as young as three months displayed a preference for looking at gender-typed toys that matched their own gender.

So that settles it, right? Stereotypically male and female preferences and behaviors are “hard-wired” in us from birth.

Not so fast, as I wrote in this piece for Time magazine:

Toy choice is the single most sex-typed behavior that children display. As neuroscientist Lise Eliot notes in her book Pink Brain, Blue Brain: “There’s a good reason why parents so often comment on boys’ and girls’ different toy preferences: this is one of the largest differences between the sexes that psychologists have uncovered.” In one study from Sweden, Eliot writes, “97 percent of boys were likelier to spend their time playing with toy vehicles, balls, and weapons than the average girl, when given a choice between those or stereotypical feminine toys.”

But here’s the rub: “This difference is much, much larger than any of the cognitive or personality differences between the sexes,” as Eliot points out. The very strong gender preferences that children display in regard to toys are therefore “fascinating, but also misleading.”

Parents and teachers often point to play behavior as a representative difference between the sexes—“See, boys and girls are different, and there’s not much we can do about it”—when really play behavior is an outlier. In every other way, girls and boys are much more similar to each other.

In her book Cinderella Ate My Daughter, cultural critic Peggy Orenstein elaborates on this point: “Toy choice turns out to be one of the largest differences between the sexes over the entire life span, bigger than anything except the preference (among most of us) for the other sex as romantic partners. But its timing and intensity shore up every assumption and stereotype we adults hold: little boys naturally like backhoes, ergo men won’t ask for directions. That blinds us to the larger truth of how deeply those inborn biases are reinforced by a child’s environment.”

So yes, boys like trucks, and girls like dolls. Just don’t draw too much from that fact.