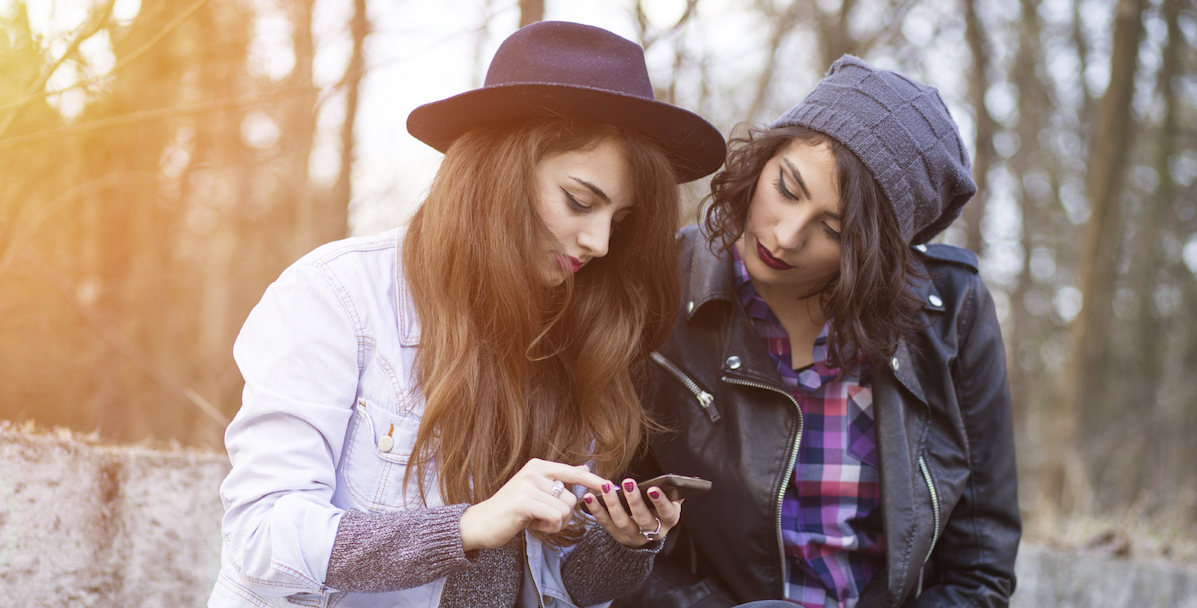 What’s going on in teens’ brains when they’re looking at Instagram? Researchers at UCLA have an answer:

“The same brain circuits that are activated by eating chocolate and winning money are activated when teenagers see large numbers of ‘likes’ on their own photos or the photos of peers in a social network, according to a first-of-its-kind UCLA study that scanned teens’ brains while using social media,”reports the website ScienceDaily.

The study, just published in the journal Psychological Science, found that one part of the teen brain was especially active while viewing pictures of their peers: the nucleus accumbens, which is part of the brain’s reward circuitry. This reward circuitry is thought to be particularly sensitive during adolescence.

Researcher Lauren E. Sherman notes that, in deciding whether to indicate that they liked a photo, the teenagers were highly influenced by the number of previous likes the photo had:

“We showed the exact same photo with a lot of likes to half of the teens and to the other half with just a few likes,” Sherman said. “When they saw a photo with more likes, they were significantly more likely to like it themselves. Teens react differently to information when they believe it has been endorsed by many or few of their peers, even if these peers are strangers.”

All this is interesting, of course, but not too surprising (if you know any teenagers). What caught my eye was this further observation:

“If your teen’s friends are displaying positive behavior, then it’s fabulous that your teen will see that behavior and be influenced by it,” said Sherman.

Her observation lines up with a favorite idea of mine: “hijacking the social brain to improve educational outcomes,” to borrow a phrase from Dan Ames, a postdoctoral researcher in the lab of Matthew Lieberman.

I wrote about Lieberman’s research in this piece for Scientific American Mind, “Peer Pressure Has a Positive Side.” In the article, I noted that “our schools focus primarily on students as individual entities.” But, I asked,

“What would happen if educators instead took advantage of the fact that teens are powerfully compelled to think in social terms?

“In [his 2013 book] Social, Lieberman lays out a number of ways to do so. History and English could be presented through the lens of the psychological drives of the people involved. One could therefore present Napoleon in terms of his desire to impress or Churchill in terms of his lonely melancholy. Less inherently interpersonal subjects, such as math, could acquire a social aspect through team problem solving and peer tutoring. Research shows that when we absorb information in order to teach it to someone else, we learn it more accurately and deeply, perhaps in part because we are engaging our social cognition.”

There are lots of ways we could engage social brain for the good in schools and in workplaces. What I take from the new article in Psychological Science is that this approach could be particularly powerful among teenagers, who are so attuned to social information and so susceptible to social influence.