The Art of Impossible: A Peak Performance Primer 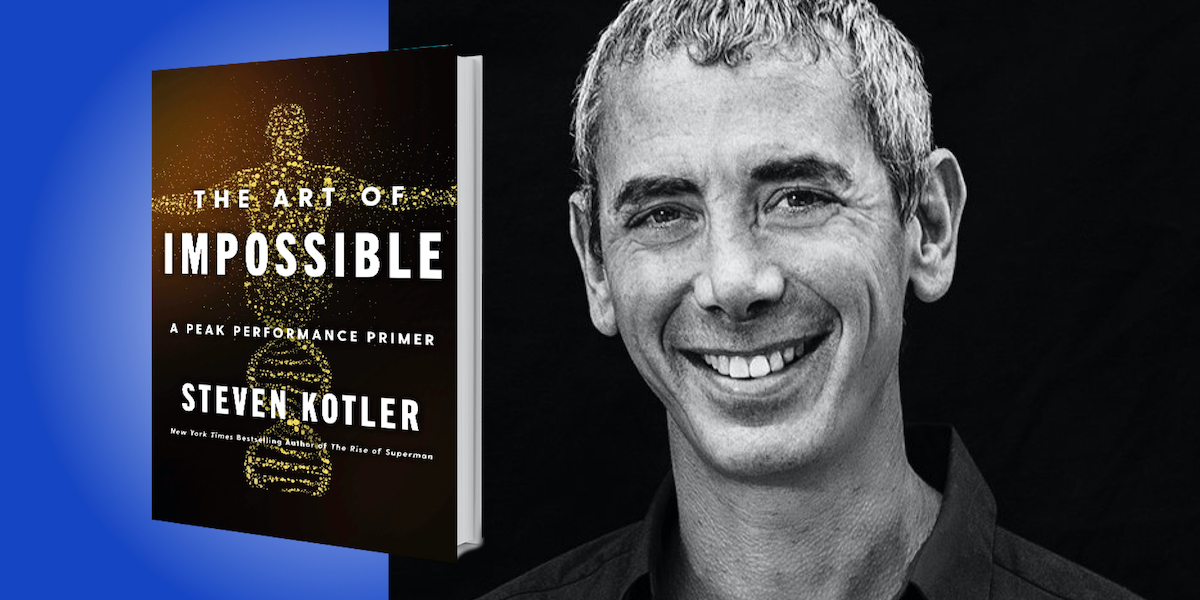 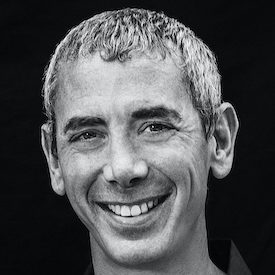 Steven Kotler is the author of thirteen books and a journalist whose work has appeared in publications including the New York Times Magazine, the Wall Street Journal, Wired, Atlantic Monthly, TIME, and the Harvard Business Review. He is also the Executive Director of the Flow Research Collective, an organization that studies the science of human performance and trains members of the military, Fortune 100 executives, and the general public.

Below, Steven shares 5 key insights from his new book, The Art of Impossible: A Peak Performance Primer (available now on Amazon). Download the Next Big Idea App to enjoy more audio “Book Bites,” plus Ideas of the Day, ad-free podcast episodes, and more.

Next Big Idea Club · The Art of Impossible: A Peak Performance Primer

1. We are all hardwired for Impossible.

What I call “Impossible” is a kind of extreme innovation—in mind as well as matter. These are the feats that have never been done before and most believe will never be done. History is full of athletic Impossibles like running the four-minute mile, intellectual Impossibles like Einstein’s theory of relativity, cultural Impossibles like Rosa Parks sitting at the front of the bus, and technological Impossibles like the Wright brothers flying for the first time.

In action sports, the early 1990s is considered an era of many Impossibles. It was a time when athletes in sports like surfing, rock climbing, skiing, and snowboarding were accomplishing remarkable feats. Many of these athletes had had difficult childhoods—they often came from broken homes filled with alcohol and drug abuse. As a group, they were not the kind of people expected to set records and defy expectations.

Studying these athletes, I discovered that what they had figured out was that peak performance is nothing more than getting your biology to work for you, rather than against you. And it turns out it’s a capacity we all have.

2. The only way to accomplish the impossible is by first tackling “Impossibles.”

Laird Hamilton is one of the pioneers of big-wave surfing. When people would express astonishment at seeing him surf a fifty-foot wave, Hamilton would point out that they hadn’t seen him at age three on a three-foot wave, or at age five on a five-foot wave. They hadn’t seen him the previous week, when he was surfing a 49.5-foot wave. From his perspective, he was simply pushing himself a little farther each time, while to the outside world, it looked like he was accomplishing the impossible. And he was, but only by first achieving many smaller “Impossibles.”

3. To tackle the impossible, get in the flow.

Flow is an optimal state of consciousness that you may know by other terms, like “being in the zone.” It refers to those moments of rapt attention and total absorption when we get so focused on the task at hand that everything else just seems to disappear. Flow makes seemingly impossible achievements possible, because it provides an enormous boost to motivation, creativity, grit, and productivity. Flow is a built-in feature of the human experience, so its benefits are available to all of us. What’s more, achieving flow states is a trainable skill. With practice, you can spend more and more time in flow, eventually creating what’s called a “high-flow lifestyle.”

4. The four steps to peak performance.

To achieve impossible goals, you need to master the 4-stage sequence that leads to peak human performance:

The same steps needed to achieve peak performance are the steps needed to remain happy and healthy. Put another way, not striving for big goals is actually bad for you. For example, one of the root causes of depression—beyond genetics and trauma—seems to be disconnection from meaningful work. Doing work that you’re not curious about, that you’re not passionate about, that doesn’t fulfill your purpose, can lead to actual physical and mental harm. By embracing the skills of peak performers—motivation, learning, creativity, and flow—you’re not just pushing yourself to achieve; you’re actually taking care of yourself.