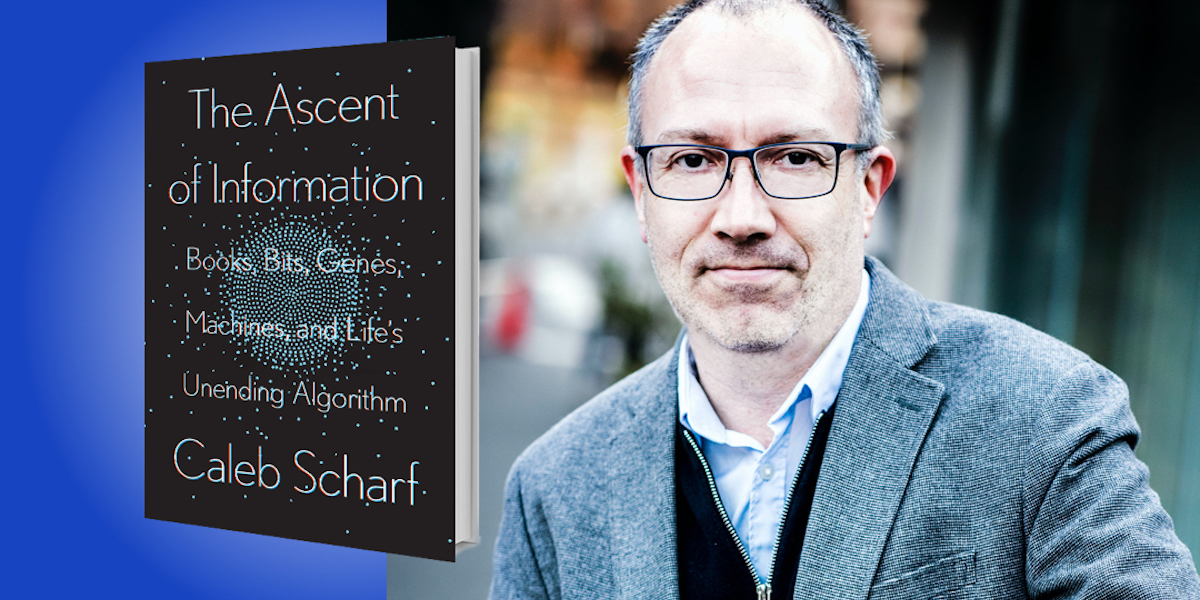 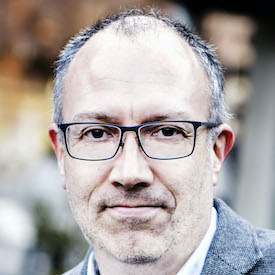 Born in England, educated at Cambridge, and previously employed by NASA, Caleb Scharf is now the director of the multidisciplinary Astrobiology Center at Columbia University, where he researches exoplanets and exomoons.

Below, Caleb shares 5 key insights from his new book, The Ascent of Information: Books, Bits, Genes, Machines, and Life’s Unending Algorithm (available now from Amazon). Listen to the audio version—read by Caleb himself—in the Next Big Idea App.

1. We don’t understand the nature of life.

I’m a scientist who works on the quest to find life elsewhere in the universe. So you might imagine that means that we know exactly what life is, right? Well, no, actually. It’s still a question at the absolute frontiers of understanding.

Despite everything we have learned, we still struggle to say exactly what constitutes a living thing. Life seems to be made of lots of processes—like reproduction, metabolism, sensing, decision-making—but it’s also more than just the sum of these parts. It’s an evolvable, dynamic phenomenon that’s capable of lasting a very, very long time, through countless generations, and making fast, utterly novel innovations and changes.

That puzzle got me thinking about how life restructures the world around it, beyond just its own bits and pieces in an organism. There’s a general term for this: the extended phenotype. You just have to look around, wherever you are. Look at your room, your clothing, your phone, your computer, your watch, the street, your car, any of this stuff—look and you’ll see the most complex extended phenotype imaginable. But while humans have taken the restructuring of the world to a new level, perhaps there’s more to it than simply making clutter. Perhaps there’s something staring us in the face that could tell us about our own nature and the puzzle of life itself.

“The accelerating energy use of computing and storage is on track to exceed today’s global electricity budget in a little as 14 years.”

2. Our information is a huge burden, but it makes us unique.

Humans generate, utilize, and propagate information like nothing else on Earth. We carry this enormous “dataome” through time, yet it is not encoded in our DNA. The dataome is the sum total of our ideas, observations, recorded history, data, language, pictures, books, electronic blips and the information encoded in physical structures, from pencils to bricks, buildings, and machines.

That all takes a lot of energy to produce and maintain. A single page of paper is roughly equivalent to burning 5 grams of coal. In electronic form, we generate quintillions of bytes of new data every day, from cat pictures to cancer cures, and the accelerating energy use of computing and storage is on track to exceed today’s global electricity budget in a little as 14 years.

Supporting all that information changes our behavior, and it always has—from our efforts to build the first libraries, to carrying punchcards around, to building massive data centers filled with rare earth elements and other precious compounds that we have to mine and refine.

Why do we do this? Well, superficially it’s because the dataome does confer extraordinary advantages to us. It links us across space and time. It lets us make informed decisions, lowering our risk. It lets us build on ideas generation after generation. It gives us an evolutionary edge well outside of anything that we see in other organisms on Earth.

3. We aren’t what we thought we were.

But what if there is more going on with our dataome? If we shift our perspective, we can see that what’s good for the dataome is not, necessarily, good for us.

“The dataome really is another form of living system—it’s just built differently, and it depends as much on us as we depend on it.”

This is strikingly similar to how we exist with our microbiome. We can’t survive without that symbiotic microbial relationship, even though the microbiome’s needs are not always perfectly aligned with our needs. It may want us to bring it certain nutrients and to behave in ways that are actually a bit unhealthy for us in the long term. But we compromise because the microbiome is essential to us, and we’re essential to it.

The dataome may be like that too. Except instead of living on and around our body’s cells, the dataome permeates the world around us like a thick soup we’re constantly wading through.

And the intriguing thing is that we already knew about a unity between information and biology: through our discoveries about the nature of “selfish” genes and evolution, and the mathematics of what’s called “information theory” in the mid-20th century. Life can be recast in terms of information—of fundamental properties of yes and no, or of ones and zeroes, and of the flow and utility of information, how organisms process the world around them in aid of survival.

4. Transcendence happened a long time ago.

This informational perspective suggests some pretty startling things. First, it makes sense to say that the dataome really is another form of living system—it’s just built differently, and it depends as much on us as we depend on it. Fundamental functions of the dataome’s reproduction and natural selection are routed through our species. And that shouldn’t be too surprising because that kind of thing already happens when we selectively breed plants or animals, or when other species do the same, like how certain ants selectively farm fungus.

“We will become the informational equivalent of the mitochondria in cells, but instead of these engines of chemical energy, we’ll be the engines of invention and novelty.”

The more shocking idea is that this alternate living system originated alongside our ancestral speciation some 200,000 years ago—the first new thing on Earth since life’s origins 4 billion years ago. Homo sapiens emerged with a dataome, even if it was initially simple, encoded in language, tools, and cave paintings. And that dataome has been on an exponential growth curve ever since.

We’ve always been inside that origin event, and it’s still happening today. An exponential curve can look like a sudden transition, even though the truth is that our “transcendence” or our “singularity” (as science fiction and futurism like to call them) already took place, hundreds of thousands of years ago.

5. It’s our capacity for novelty that may preserve us.

If we’re locked into this symbiotic existence with an exponentially growing dataome, what does this mean for our future? Science fiction loves to portray the “rise of the machines” as something that will remove us from the equation. But that ignores what’s been called the “last grand challenge” of computing and robotics: No one has succeeded in creating algorithms or synthetic systems capable of open-endedness, unending innovation, and novelty—systems that can not only solve problems, but also think of the next problem to solve. Yet biological life does this all the time.

If the idea of the dataome is correct, then I think we might predict our future. We will become the informational equivalent of the mitochondria in cells, but instead of these engines of chemical energy, we’ll be the engines of invention and novelty. And the dataome, or machine world, will preserve us just like complex life has effectively preserved the mitochondria, with few genetic changes across a billion years. There needn’t even be a decision made to do this—it will happen as a consequence of Darwinian selection and evolution because it’s simply the best solution to survival. And in the end, that’s what life is good at.

To listen to the audio version read by Caleb Scharf, download the Next Big Idea App today: