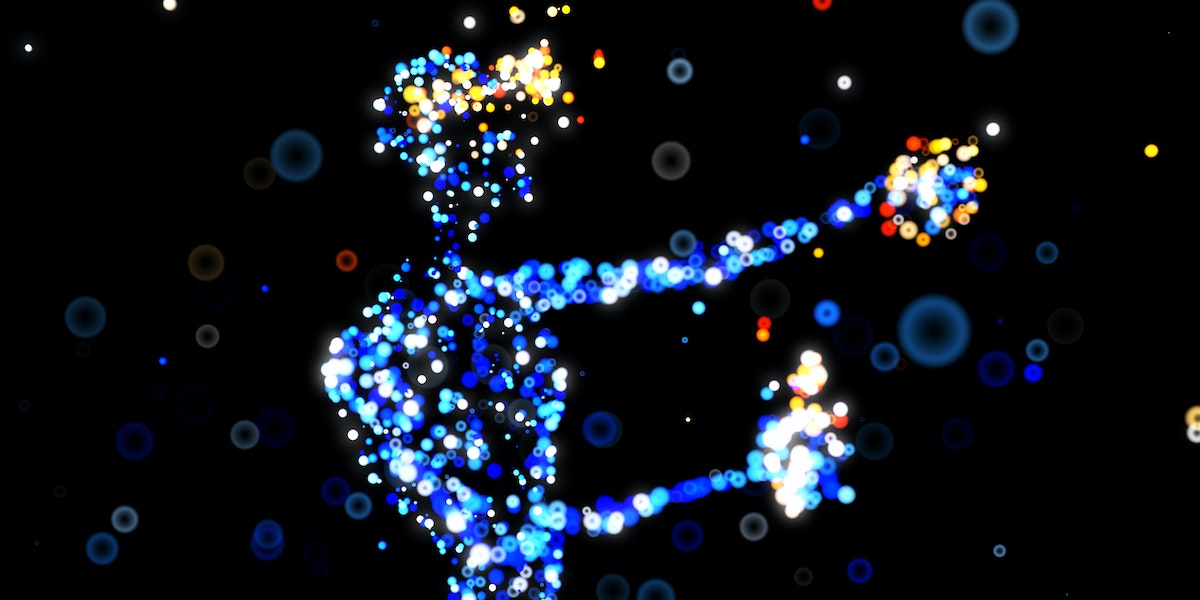 Philosopher David Chalmers reckons there’s a 25 percent chance that we are living in a simulation—and he’s OK with it. Today, David joins host Rufus Griscom on the Next Big Idea podcast to discuss his new book, Reality+: Virtual Worlds and the Problems of Philosophy. Listen to the full episode below, or read a few key highlights. And to hear an extended version of this episode, download the Next Big Idea App at nextbigideaclub.com/podcast.

Augmented reality could soon change everything.

Rufus: We’re on the verge of some pretty extraordinary advances in augmented reality technology. Apple is rumored to be releasing augmented reality glasses this fall. Microsoft has their HoloLens technology. Google has Project Iris, forecasting a 2024 release. If rumors are to be believed, in the next two to five years, we could see several mass-market augmented reality systems coming forward.

The iPhone has only been out for 15 years, and we’ve seen how dramatically that has changed our behavior and experience of the world. So 15 years from now, we could look back and say, Wow! We currently talk about pre-iPhone days—we could soon talk about pre-augmented reality days.

David: Yeah, I think it’s very likely that augmented reality could end up being the next big computing platform. It’s just got so much potential. For starters, it could replace all of our screens. We do all this stuff with screens—on our smartphones or our desktop computers—but once you’ve got a good enough set of augmented reality glasses, it can project screens into the world in front of you whenever you need them. You can do all your computing, and then they can just go away when you don’t need them. So, in principle, augmented reality could replace all those screens.

And consider the abilities that would have in enabling all kinds of information and interaction. I was thinking about it in the context of language translation—automatic language translation for all the languages of the world. You go somewhere, someone starts speaking in some other language, and it gets immediately translated for you. Just think how incredibly useful that could be.

Recognizing people, likewise. Maybe you walk into a room and it’s going to show you people’s names.

“You go somewhere, someone starts speaking in some other language, and it gets immediately translated for you. Just think how incredibly useful that could be.”

Rufus: Dave, this is a fantasy of mine. This will really be helpful for me because as a parent of a few kids, walking into the parent nights, and there’s so many people, and they all have different children—I have a little trouble with that. The idea that augmented reality glasses will just pop up, over their heads, their names, the ages of their children, that we went to their birthday party last year… It’ll be great.

David: I totally need this. As I get older, I’m counting on the technology to develop and extend my mind faster than my biological mind shrinks.

David: The main slogan in this book, Reality+, is: virtual reality is genuine reality. There’s a long tradition of thinking virtual realities are second-class realities—illusions, hallucinations, fictions. But that doesn’t really do justice to the status of virtual worlds.

When you’re in a virtual world, you’re interacting with real objects. What happens in virtual reality really happens. Take, say, Second Life. It peaked around 2007, but it’s still going strong, and there are people who build communities in Second Life, build relationships. There are people who work there, who sell things. Everything happening there is real. It’s digital, but it’s still real. People have built deep and serious relationships in virtual worlds. People have built communities. Ultimately, the virtual world could end up being contiguous with the physical world.

“There’s a long tradition of thinking virtual realities are second-class realities—illusions, hallucinations, fictions. But that doesn’t really do justice to the status of virtual worlds.”

VR could be a gateway to dystopia.

Rufus: When you talk about dystopian scenarios, there are a couple that come to mind. One is if people start spending a majority of their time in virtual worlds, there’s the concern—this has been expressed in movies and science fiction—that we will basically no longer invest in protecting our actual physical world, and instead put our resources into virtual worlds, which could exacerbate the problems we already have with the environment.

The other dystopian scenario is that if these virtual worlds are owned by private companies, we may be pressing up against questions of commercialism. We already deal with commercialism in our environment—billboards and so on. But if the commercial elements of the environment that we inhabit are present in the very pixels of our vision, that’s potentially kind of dystopian.

When it comes to the corporate side to this, there is a really principled worry there. Virtual worlds have to be developed by someone; they’re artificial by their nature. And whoever develops them has an enormous amount of power. At least for now, most virtual worlds are built on platforms that are controlled by corporations. Whoever controls the virtual world is, in a way, the god of such a world. They created it. They’re extremely powerful with respect to that world. They’re all-knowing. Once you’ve got the tech companies in this role as gods of the virtual worlds, that brings so many potential dangers. If you think privacy and manipulation are big issues in social media right now, wait until that applies to the whole virtual worlds that we’re inhabiting. It’s as if corporations didn’t just control the local aspects of our lives, but would control the whole environment around us.