How to Be Authentic: Simone de Beauvoir and the Quest for Fulfillment 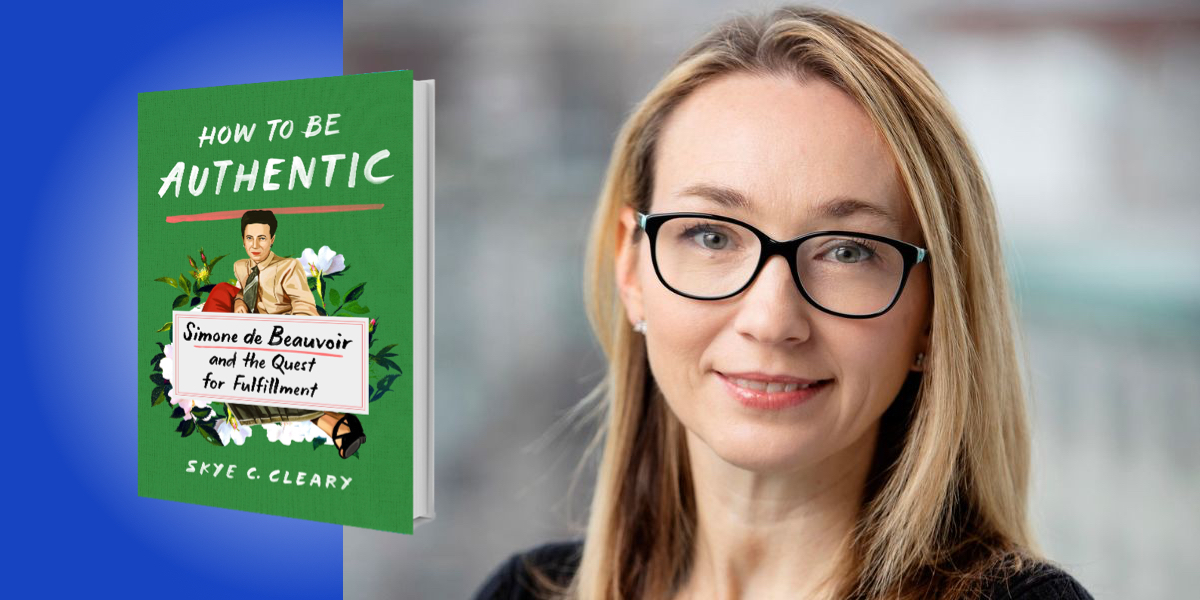 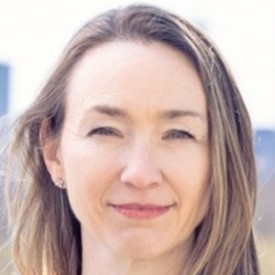 Skye Cleary is a philosopher and teaches at Columbia University and City University of New York. She is the former Editor-In-Chief of the American Philosophical Association’s blog, and she spent over ten years as an international equity arbitrageur and management consultant. She won the 2017 New Philosopher Writers’ Award and was a 2021 MacDowell Fellow.

Below, Skye shares 5 key insights from her new book, How to Be Authentic: Simone de Beauvoir and the Quest for Fulfillment. Listen to the audio version—read by Skye herself—in the Next Big Idea App.

1. Become the poet of your own life.

Authenticity is often presented as “just being yourself.” As if by looking deep and thinking hard, you’ll find your authentic self.

Beauvoir was the poet of her own life. She was brave and pushed back on what was expected of her—not least by becoming a philosopher, which was particularly unusual for women in the 1930s and horrified her parents. Her 1949 book, The Second Sex, about women’s situation as secondary to men, catapulted her to fame. She became an iconoclast who fought against oppressions such as sexism and classism.

Just like writing a poem, there aren’t specific rules for composing an authentic self. Everyone designs their own rhythms, rhymes, and patterns. The imprints we leave by our actions are the ever-evolving foundation of our lives. If we let others write our poem for us, or if we copy someone else’s, we stop becoming authentic.

“Authenticity is something you create.”

Becoming the poet of your life involves being engaged. Setting goals. Trying things. Daring. Making mistakes. Holding yourself in question. Asking: How am I going to intentionally compose the next verse in my life’s poem? Becoming the poet of our life beckons us to stop trying so hard to be the person that everyone else wants us to be.

2. Dare to let go of fixed ideas about yourself.

In Beauvoir’s novel When Things of The Spirit Come First, Marguerite becomes obsessed with Denis. Marguerite tries so hard to be the type of cool bohemian girl she thinks Denis wants. When Denis leaves her, Marguerite realizes that she sabotaged herself in becoming overly attached to a fixed identity.

It’s comforting to stick to scripts of who we think we’re supposed to be. It’s soothing to believe in a blueprint that can show us what the right decisions in our life are to unlock everlasting happiness and fulfillment. But there is no fixed self encoded in our being that we can refer back to in order to check if we’re being authentic. We’re complex and fragmented beings, always evolving. We’re forever becoming other than what we were yesterday.

That might sound scary, but such is the dizziness of freedom. The anxiety of the human condition is not knowing how our lives will turn out. But freedom is also liberating. Every day opens up fresh possibilities for you to stretch in new directions. Marguerite is bewildered by the idea of recreating herself without Denis, but she realizes: “What treasures of time I had wasted! … The world was shining like a new penny, and although I did not yet know what I wanted to do with it, everything was possible.”

When we break away from fixed ideas about ourselves, everything becomes possible.

We’re relational beings. Other people and the environment form our inescapable reality. Other people reflect aspects of our existence back to us. We learn about who we are through interactions with the world; thus, becoming authentic has to take others and our environment into account.

Back to Marguerite and Denis. Denis broke away from expectations of what an adult man was supposed to do, having no job and seducing women for their wealth. But from Beauvoir’s perspective, Denis is not authentic. Commitments and responsibility mean nothing to him. He isn’t free because he’s self-absorbed and captive to animal impulses.

“Every day opens up fresh possibilities for you to stretch in new directions.”

Our existence is in tension between what Beauvoir called “being-for-others” and “being-for-yourself.” If you lean too far into being-for-others, you’ll lose yourself, like Marguerite when she was with Denis. But too much being-for-yourself is selfish and egoistic. You’ll miss out on important insights that others reveal about your existence. Denis is missing out on authenticity because he manipulates others and treats them as objects for his own ends. He exists purely in the mode of being-for-himself.

Being poets of our own lives doesn’t mean we can do whatever we want. Dostoyevsky suggested that if God is dead, anything goes. But Beauvoir argued that regardless of whether God is dead or alive, anything does not go. If we respect freedom for ourselves, we must respect it for others. Humanity is like stones in an arch: the sturdier the stones, the sturdier the arch. When individuals flourish, we all flourish. Our freedoms are interdependent, so as long as oppression exists, none of us can fulfill ourselves in a morally authentic sense.

Imagine being in a bumper car at a fairground. The arena is the human condition. Our ecosystem is the electric roof or floor that fuels us. We’re separate but interconnected. We’re all going our own ways. We ricochet off one another and the barriers around us. It’s even fun to bump into other people, but we still need to look out for one another so that we don’t crash. If someone gets hurt, then we need to intervene. The goal is for all of us to drive around and have fun, but safely without causing harm.

We’ll get in each other’s way sometimes, but as long as we’re not oppressing one another, we become like the resistance of air underneath a bird’s wings that sways its direction, speed, and path, but doesn’t prevent the bird from flying.

Happiness isn’t something to be pursued directly. We’re not empty vessels that can be filled up with stuff that will make us happy. New shoes, new phones, achieving new goals, or even winning the lottery might make us happy briefly, but then we go back to feeling pretty much the same as before. Chasing happiness is a trap that philosophers and psychologists call the “hedonic treadmill,” in which we’re forever craving the next dopamine rush. It’s easy to glide through life skipping from one pleasure to the next, like Denis, but such a life is an unfulfilling cycle of repetition. Our best possibilities for happiness lie in taking risks and courageously springing toward fresh goals.

“Beauvoir wasn’t chasing happiness, but Beauvoir found that happiness can be a side effect of authenticity.”

In the 1930s, Simone de Beauvoir settled into a comfortable life in Paris. She had a nice apartment. Every morning she had coffee and croissants. She hung out in smoky jazz bars with other soon-to-be famous thinkers and artists, and drank apricot cocktails. She was in a committed relationship with another philosopher, Jean-Paul Sartre. She had written a few essays and short stories, but Sartre accused her of being timid in her writing. Beauvoir realized he had a point, so she started working on a bolder book based on the juicy details of her own life. The novel was called She Came to Stay. After that book, she wrote another. Then another. And then many more.

Beauvoir wasn’t chasing happiness, but Beauvoir found that happiness can be a side effect of authenticity. That is: taking responsibility for your own life, seizing your freedom and taking risks to boldly pursue your goals and surpass them, as well as creating intersubjective connections with other people and the world, and supporting others in doing the same.

Don’t waste time looking for your authentic self. Start becoming the poet of your own life, right now. In Beauvoir’s words: “Change your life today. Don’t gamble on the future, act now, without delay.”

To listen to the audio version read by author Skye Cleary, download the Next Big Idea App today: