Backable: The Surprising Truth Behind What Makes People Take a Chance on You 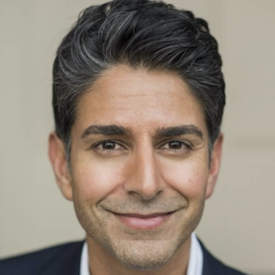 Suneel Gupta is on faculty at Harvard University where he teaches students how to be Backable. Named the “New Face of Innovation” by the New York Stock Exchange, he has invested in startups including Airbnb, Calm, and SpaceX, and his ideas have been backed by firms like Greylock and Google Ventures. Suneel also serves as an emissary for Gross National Happiness between the United States and the Kingdom of Bhutan.

Below, Suneel shares 5 key insights from his new book, Backable: The Surprising Truth Behind What Makes People Take a Chance on You. Download the Next Big Idea App to enjoy more audio “Book Bites,” plus Ideas of the Day, ad-free podcast episodes, and more.

Next Big Idea Club · Backable: The Surprising Truth Behind What Makes People Take a Chance on You

1. Steer into the objections.

Before walking into a room with a potential backer, whether for an interview or a pitch, put yourself in the shoes of that person and anticipate three key objections to your idea. If you avoid the concerns, they’ll only nag at your audience, and your backer might tune out the rest of your pitch. Instead, steer into those objections. Be sure to do it sooner rather than later, because you tend to have the highest level of attention from investors in the first five minutes. If you can show them proactively that you understand their concerns, then you earn their attention for the rest of your pitch.

Great ideas tend to stem from an insight that you learned through firsthand experience, something that not a lot of other people know. Ben Horowitz is a venture capitalist who invested in Airbnb, and he said that one of the things that stood out to him wasn’t just the idea, but how the founders arrived at the idea. As recent graduates from the Rhode Island School of Design, they had just moved to San Francisco and didn’t have jobs. When their landlord raised the rent, they needed a way to raise some cash fast. That’s when they came up with the idea to start renting out space in their apartment. At the time, hotels in the city were booked up for an industrial design conference, so they bought a few air mattresses and charged guests $80 to crash on the floor. Not only did people pay to sleep on an air mattress, but nearly 500 people responded to the advertisement.

So when the co-founder pitched his idea to investors, he wasn’t simply sketching out a high-level market analysis—he was sharing that story. So go beyond Google, get out from behind your desk, and find an earned secret, something that you could only know through firsthand experience.

As human beings, we generally dislike risk. Even venture capitalists, who look for risky investments, turn down the overwhelming majority of new ideas they hear. Even Instagram, Facebook, and Amazon were rejected by multiple investors. A well-respected investor once told me, “If I said no to 100% of the ideas I hear, I’d be right 99% of the time.” That’s the mentality of most investors, so keep that in mind when you’re pitching an idea that has some risk. Don’t just show people how your idea is exciting—show them how your idea is inevitable. One of the strongest arguments you can make to a backer is, “This idea is inevitably going to exist, and we want to get there first.” Making that argument well can neutralize somebody’s fear of risk.

“You really have to fall in love with your idea in order to invest the effort that it requires.”

The thing that backable people have in common is that they take “incubation time” to convince themselves first. Then, when it’s time to present the idea publicly, they’re so convinced by what they’re saying that their conviction wins people over. So instead of rushing out to share a new idea, keep it to yourself for a little while, nurture it, incubate it. Don’t tell a soul, not even close friends. New ideas are fragile, and so are we when we share them—even a well-intentioned “huh?” can make us feel bad and deflate our energy. Indeed, most ideas don’t get killed inside conference rooms; they get killed in hallways, through casual conversations, where we don’t get the reaction we want. So take a little bit of incubation time to convince yourself first, then go out and share your idea with others.

Intellectual interest is important, but it’s rarely enough; you need to be emotionally invested in your idea. Bringing something new into the world requires a tremendous amount of stamina, because you’re on the receiving end of doubts, conflicts, and deadlines. And conviction can only be replenished by your own passion for the idea. Lin-Manuel Miranda, the creator of Hamilton, said that it takes years to create something like that. So you really have to fall in love with your idea in order to invest the effort that it requires.