Beyond Happiness: How Authentic Leaders Prioritize Purpose and People for Growth and Impact 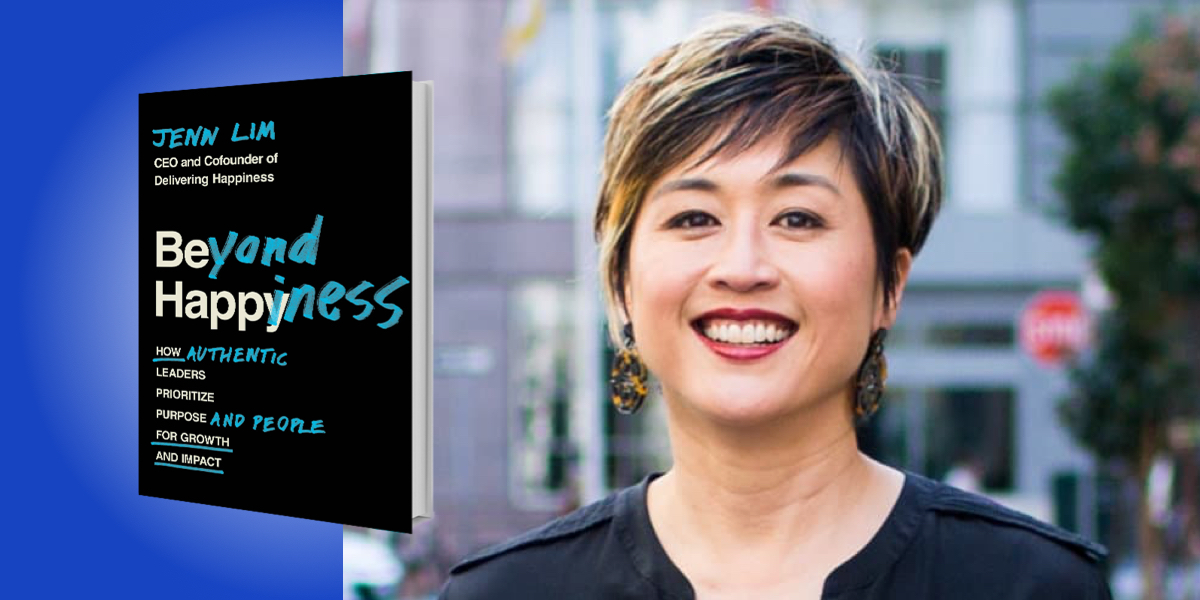 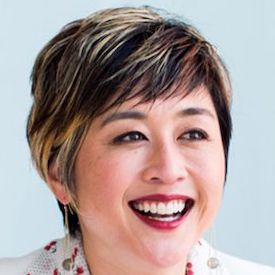 Jenn Lim is the CEO and co-founder of Delivering Happiness, a culture consultation and coaching company she co-founded with the late CEO of Zappos, Tony Hsieh. Lim wrote this book to offer tools for you to get to the core of who you are, and foster the happiness of a purposeful life through your own daily work, as well as to help others in business and beyond.

Below, Jenn shares 5 key insights from her new book, Beyond Happiness: How Authentic Leaders Prioritize Purpose and People for Growth and Impact. Listen to the audio version—read by Jenn herself—in the Next Big Idea App.

1. We need to redefine happiness.

As Mike Tyson once said, “Everyone has a plan until they get punched in the mouth.” Year 2020 started punching us, and then kept on going. As we all began adapting, moving to Zoom-land, and just trying to keep up, we realized that a reset was occurring within us and humanity. There was no turning back.

I’ve heard so many people, from CEOs to frontliners, say in the last 18 months that they are not sure what happiness means anymore. We’re seeing this missing happiness in phenomena like the Great Resignation—or what I see as a Great Awakening. Millions of people per month are leaving their jobs without even having a next step, just because they know something’s not right anymore.

We started asking ourselves bigger life questions, evaluating our values and how we’re spending our time: Am I living an authentic life that’s true to myself and not what others expect of me? How do I know if I’m spending the minutes of my day meaningfully? What are the most important things to me, and why do I do anything else but focus on them?

Happiness was perceived as fluffy, perfect days full of joy and never-ending smiles. Then, we had our mouths punched by the lows of 2020, and it really knocked us out in the ring. So it’s time to redefine happiness and what lies beyond it. Even though it’s daunting to keep up with the exponential changes around us—things we cannot control—it underscores that it’s never been more important to control what’s within us: our beliefs, purpose, values, and ability to adapt so that we create a living legacy today.

“It’s never been more important to control what’s within us: our beliefs, purpose, values, and ability to adapt so that we create a living legacy today.”

Happiness alone is not enough anymore. Our need to be human has surfaced, and the need to allow others to be human, too. As a result, there has been a shift in the workplace and society that adds happiness to humanity on a day-to-day basis. Both happiness and humanity for me is about feeling whole, being real—meaning not just our highs, but also our lows; not just our strengths, but also our shadows. To embrace this mindset, we need to build a foundation based on the purpose, values, and behaviors that we live by daily.

I’m reminded of my friend Keith Ferrazzi. He’s the founder of Ferrazzi Greenlight and a New York Times bestselling author. I’ve known him for over 10 years, and he always struck me as someone with a strong heart, who seeks to do good in the world. But each time our paths crossed, I felt like a different version of him showed up. It wasn’t until recently that I understood why. He shared openly with me that he was living in a world of shame. Having grown up poor and being gay, he felt the need to maintain a certain image in front of corporate clients, board rooms, etc. Of course, he was adding value from a business perspective, but he wasn’t being true to his authentic me. But with coaching support, Keith connected his work-self to his life-self and started showing up as this true, purposeful, meaningful, authentic self.

Now every time I see him, his energy fills every room—even the Zoom rooms. He’s inspiring others to do the same, and living a life that is meaningful and unique to him.

Even Maslow of Maslow’s hierarchy realized, 20 years after creating his model to self-actualization, that he got the true peak of the pyramid wrong. So he added transcendence at the top. It’s crazy to me that we don’t see the edited version of this model more.

What he was saying is that the real goal of a fulfilling life isn’t only about self-actualizing for ourselves, but about helping others self-actualize, too. If we do this right, then we have more self-organized companies, more leaders who optimize the minds of their teams, more adaptive companies, more creative, resilient, productive, and fully engaged people.

“The real goal of a fulfilling life isn’t only about self-actualizing for ourselves, but about helping others self-actualize, too.”

I think about Starbucks, especially during these last 18 months. Essentially, they were about to launch a whole new vision of the next 50 years of their existence. But of course, they got punched in the mouth like everyone else in the world.

How they reacted was pretty miraculous. Instead of focusing on the revenues that were hemorrhaging—being a huge retailer and having to close all those stores—they looked inward and thought about what was in it for themselves as individuals, and also what’s in it for all. They looked up their mission statement and realized they weren’t wholly living up to it anymore. In this crazy time of triage, they aligned as a leadership team and decided to launch huge programs at a time when they should have been, in a historical sense, focusing on their profits.

They said, “We want our profits to be a positive thing for others.” So, they launched programs on being “people positive” for their partners (what they call their employees) and being “planet positive.” They made huge claims and drew a line in the sand as to what they were going to do from now through the next 50 years.

4. Grow other greenhouses, but don’t forget to nurture your own.

There’s a greenhouse model I like to use that outlines a few conditions for companies to flourish and be adaptive—things like alignment, belonging, accountability, and commitment.
At a high level, this looks like aligning our individual values to our organization’s values, embracing diversity, showing up as our full selves, being accountable for decisions, and committing to the growth of the individual and organization at the same time.

That’s when we see how greenhouses can flourish for each other, with happiness and humanity in mind. One of the things we also hear about is how we need to put on our oxygen mask first. That’s one of the biggest parts of this.

Tony, my co-founder, was notoriously good at growing other greenhouses around the world. What I had to process with his passing was that he wasn’t as much the master of nurturing his own greenhouse as he was growing others. As a reminder to us all, we want to be here for a long time, and see the fruits of what we’re doing in in our own greenhouses. Unless we put our own oxygen mask on first, we won’t be able to survive and adapt while working together.

“Unless we put our own oxygen mask on first, we won’t be able to survive and adapt while working together.”

We all know about the old return on investment, but there is a huge argument for a new one. I call this updated ROI the ripple of impact. If we see that we can have a positive-sum game, then we can see for ourselves how we can ripple our impact. I love this quote by David Bowie in his song “Changes”: “I watch the ripples change their size, but never leave the stream.”

It spills out to not just our teams and our companies, but everyone in our ecosystem—even our society and our planet. I’ll give you an example of one of our clients, Northwell Health Systems. It’s one of the largest systems of hospitals, and they’re located in New York. They created a culture of CARE: Connectedness, Awareness, Respect, and Empathy.

Once COVID hit and they got punched in the mouth, they adapted in ways that you wouldn’t expect, especially for a hospital system that was in total duress. They set up care stations for their staff and doubled-down on their people. Amazingly enough, a year and a half into the crisis, they’re ranked as one of the best places to work. They’re the number two hospital system in the country, and they did it by keeping their employees happy, safe, resilient, and sound.

One of their employees is Luis; he’s a custodian. You wouldn’t imagine that someone cleaning up rooms every day would be living their purpose, but what Luis was taking care of were his patients. One of his patients loved to talk about sports, and Luis gave him the sports page every day. For that patient, it was the highlight of his experience. The patient told his son that he had a great time in the hospital, and his son was dumbfounded.

The patient’s stories of this experience lasted until the day he passed a couple of years later. If we can all, as leaders of our own greenhouse, create these environments like Luis is, then everyone in our companies can create their own ripple of impact.

The goal of going beyond happiness is to wake up every day, regardless of what bad news might appear in the headlines, because we’re grounded in our internal worlds. We put our time and talent to the best use and service of others and the people we love, and see that ripple out to our global society, and the one and only planet we’ve got.

To listen to the audio version read by Jenn Lim, download the Next Big Idea App today: