The Book of Moods: How I Turned My Worst Emotions Into My Best Life 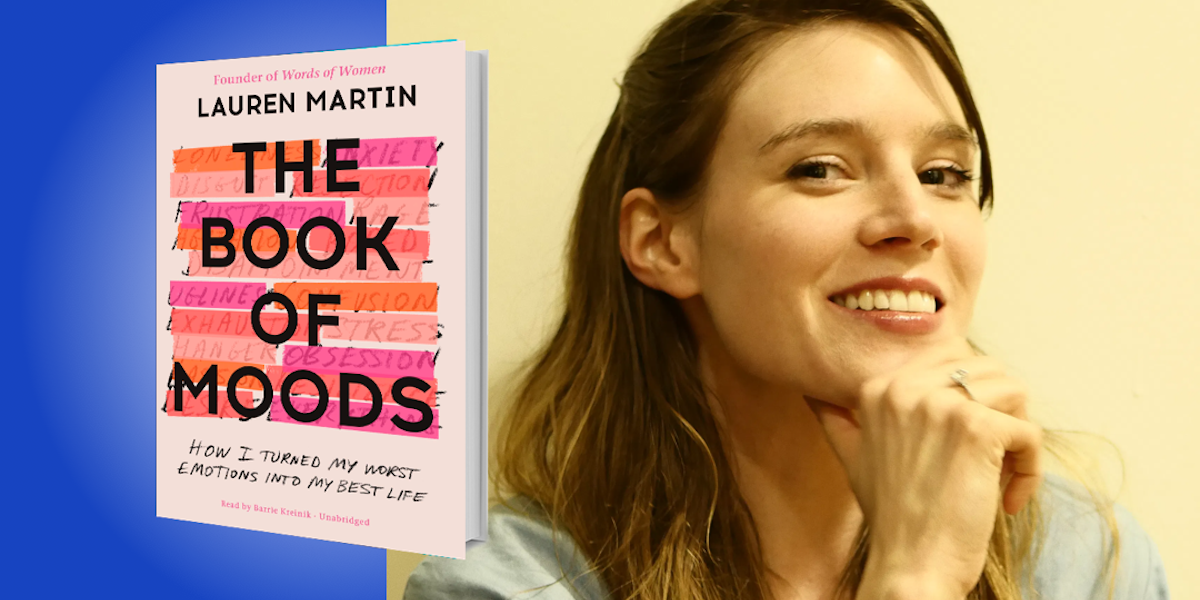 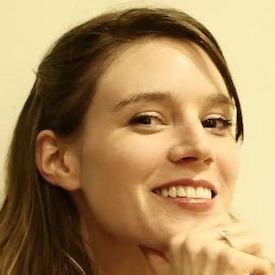 Lauren Martin is a writer, a marketing professional, and the founder of Words of Women, a website and community dedicated to supporting women’s personal growth. The Book of Moods, her first book, is the product of Martin’s five-year quest to research the science of mood, and to document and analyze her own daily emotional states.

Below, Lauren shares 5 key insights from her new book, The Book of Moods: How I Turned My Worst Emotions Into My Best Life (available now on Amazon). Download the Next Big Idea App to enjoy more audio “Book Bites,” plus Ideas of the Day, ad-free podcast episodes, and more.

Next Big Idea Club · The Book of Moods: How I Turned My Worst Emotions Into My Best Life

1. Your bad moods tell you a lot about yourself.

We tend to think there’s something random about our moods—that we “fall into” bad moods or simply “wake up in a bad mood.” But it’s a bit more complicated than that.

What we call a “mood” is really just a prolonged emotion. Neuroscientists have confirmed that genuine emotional responses last only 60 to 90 seconds in the brain. The American Buddhist nun Pema Chödrön says that an emotion that lasts longer than that is no longer an automatic physiological response, but a decision: a decision to keep igniting that thought, that emotion, over and over again.

So why is it so hard to stop an emotion from turning into a mood? Usually, it’s because we’re not aware of what triggered the emotion in the first place. Each of us has a unique set of triggers that set off our emotional responses. When you start to understand your personal triggers, not only can you understand yourself better, but you can also stop the emotional response before it turns into a runaway bad mood.

2. Treating yourself is good for you.

Ego depletion is a fairly new psychological concept that helps explain why we often get cranky late in the day and have trouble curbing our bad habits in the evening. The theory holds that self-control and willpower are finite resources, like physical strength. A bodybuilder can only lift so much during a workout. A runner can only run so many miles in a day.

“Figure out what you like to do to restore yourself, and don’t feel guilty for giving yourself the occasional treat.”

Imagine your willpower like a battery. Every morning, you wake up with a freshly charged battery, but as you do things throughout the day, that battery is continually draining. At a certain point, your willpower depletes to such a level that you don’t have the energy or motivation to make any more decisions. That’s when small things start to feel like a big deal.

So what helps restore your depleted energy? The first proven way is sleep, which is why things always feel better in the morning. But if sleep isn’t an option, try treating yourself to something pleasant. In one study, participants who took a break to watch a comedy show or eat a Snickers bar in between complex tasks performed better than a control group who did nothing during the break. So figure out what you like to do to restore yourself, and don’t feel guilty for giving yourself the occasional treat.

I asked a 75-year-old colleague of mine how she achieved her remarkably youthful energy. “No stress,” she said. “Or rather, I no longer look at stressful situations as things that I have to do, but things I get to do.”

This is a concept known as anxiety reappraisal, a technique for using language to reframe difficult feelings. In one study, participants were told they would have to sing publicly, a situation many found stressful. Before singing, though, the participants were told to say to themselves either “I’m excited,” “I’m nervous,” or nothing at all. According to computerized measurements of volume and pitch, the group that said “I’m excited” to themselves actually sang better than the other groups. When researchers asked participants to give two-minute speeches, they got the same result: the “excited” group spoke longer and came across as more persuasive and confident.

“I no longer look at stressful situations as things that I have to do, but things I get to do.”

By deliberately viewing difficult moments as challenges rather than stresses, we can rewire our brains, and live longer, healthier lives.

Family interactions can trigger us at any age—but they don’t have to. Influential family psychologist Virginia Satir believed that every family casts its members into roles, and that most of our family fights are caused because we’re trying to get someone to act out of their role, or we’re trying to communicate with them in a way that their role doesn’t understand.

The five roles Satir identified are:

While we might all aspire to be levelers, what’s most important is that we understand what our communication style is, and how it fits into the family dynamic. By understanding what role we and other family members are playing, we can avoid being triggered.

[pullqutoe]“The faster you can get control of your worst moods, the sooner you’ll see a drastic change in the way people react to you.”[/pullquote]

The desire to examine my moods and to work to change them came when I realized that my moods weren’t affecting only my life, but also the lives of those around me, particularly my husband. Indeed, behavioral investigator Vanessa Van Edwards has done research suggesting that humans really do “catch” emotions from others. No matter how hard you may try to hide your mood, your micro-expressions will likely betray you, and the people you interact with will walk away “infected” by your mood.

The faster you can get control of your worst moods, the sooner you’ll see a drastic change in the way people react to you—and you’ll start a chain reaction. Maybe, if everyone’s in a better mood for more of the time, the world will be a lighter, nicer place to live.