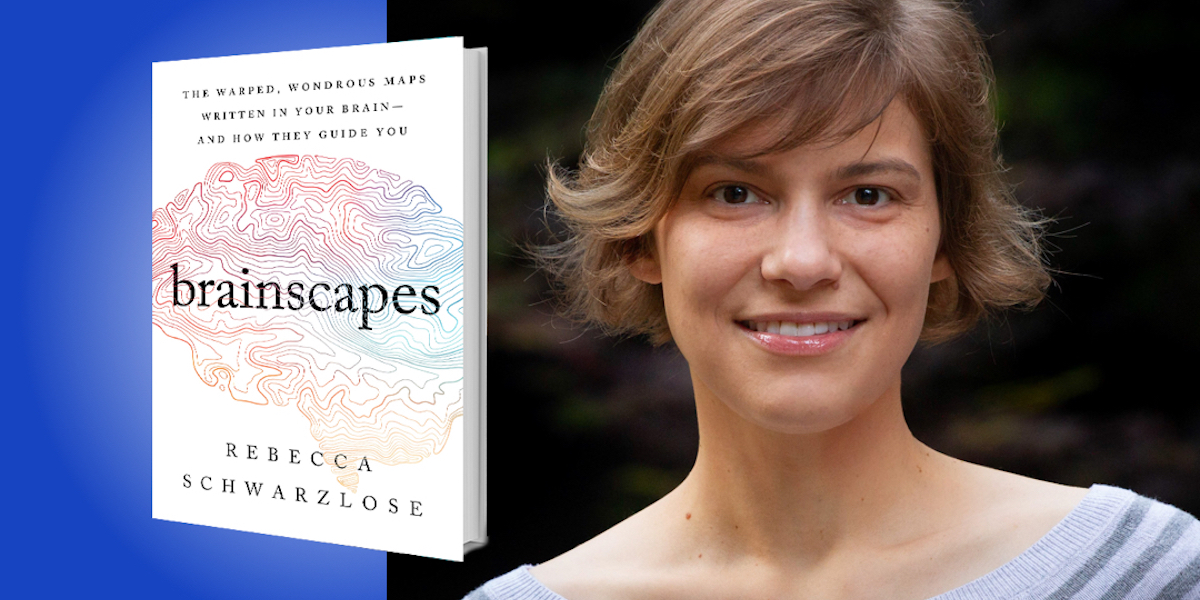 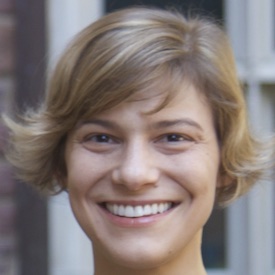 Rebecca Schwarzlose is a cognitive neuroscientist studying the developing brain at Washington University in Saint Louis. She received her Ph.D. in Neuroscience from M.I.T. and served as chief editor of the scholarly journal Trends in Cognitive Sciences.

Below, Rebecca shares 5 key insights from her new book, Brainscapes: The Warped, Wondrous Maps Written in Your Brain―And How They Guide You (available now from Amazon). Listen to the audio version—read by Rebecca herself—in the Next Big Idea App.

Like the brains of dung beetles, lizards, mice, bats, pigs, and elephants, your brain is chock full of maps. Brain maps are found in all creatures on Earth who are blessed with a brain. That’s because all brains face a similar problem. Thinking, feeling, and moving all depend on physical brain cells and the connections between them. These interconnected cells take up lots of space and require tons of fuel. Brain maps allow creatures to do more—like finding food or sensing a predator—while keeping their heads small and their appetites manageable. This simple tradeoff is good for creatures with big brains and small brains alike, allowing them to eke the most from their brains without starving. And so both you and the humble dung beetle rely on brain maps for your senses, your abilities, and your very survival.

“Perception as you know it is ultimately born in the dark stew of cells that make up your brain maps.”

2. Perception is fashioned by brain maps.

Although much of what you perceive is triggered by events in the world, like a touch on your arm or the sound of a spoken word, what you actually experience depends on your brain maps. For example, there is a large visual map at the back of your brain that represents what you see. If this map were damaged by a stroke or pierced by a bullet, it would leave you with a patch of blindness, even though your eyes would be unharmed and functioning normally. Likewise, if I were to stimulate a spot on this map by placing a strong magnetic field against your skull, you would see a spot of light that doesn’t exist. In short, you depend on your eyes, ears, and skin to feed your brain useful information, but perception as you know it is ultimately born in the dark stew of cells that make up your brain maps.

3. Your brain maps are gifts from when you were a baby.

Your genes orchestrated your brain development to create early versions of these maps, so that the foundations of your brain maps already existed by the time you were born. But your experiences in the days, weeks, and months after birth refined those maps, and could even alter them in ways that are not possible later in life. The malleability of infant brain maps can be good or bad, depending on the circumstances. It allows babies to recover from strokes better than adults can, and it enables children born blind to compensate for their blindness in ways that adults cannot. But it also makes babies especially vulnerable to suffering lifelong challenges as a result of their early experiences. For example, babies can be born with cataracts blocking their vision. Although these cataracts can be surgically removed at any age, if they are not removed in the first month or two of life, they can permanently disrupt the child’s developing visual maps. Adults who had cataracts removed later in childhood tend to have problems seeing fine visual detail, detecting complex movements, and recognizing faces—not because of what is happening in their eyes, but because of what has already happened in their brain maps.

4. Your abilities in adulthood depend on reusing and recycling those brain maps.

The basic structure of your brain and the layout of many of its maps were in place when you were still in diapers. But, of course, you have learned so much and acquired so many abilities since then. One way that you do this is by harnessing your brain maps to do more. You use your visual brain maps not just to see, but also to imagine an image or to keep a visual pattern in mind. You use maps of the space around you not just to locate and interact with nearby objects, but also to reason about intangible things like numbers and time. You use hearing and speech maps not just to perceive sounds and make vocalizations, but also to decode and comprehend the written word. In this way, you can wring adult thoughts and abilities out of the brain maps you built as a baby.

5. Modern technologies can use brain maps to read your mind.

Now that scientists know what brain maps are and how they work, these maps can be used as portals for directly reading information out of or placing information into the human mind. These technologies have already been used to detect if patients in a vegetative state are aware of their surroundings, and to allow paralyzed patients to control prosthetic devices simply by imaging how they would like their bodies to move. Corporations are actively developing these technologies right now. Some have the goal of restoring lost abilities to people with damaged bodies or brains. Others hope to develop direct human-computer integration for the convenience of the general public. Governments and citizens should be prepared for these technologies and the ethical challenges that will come with them.

To listen to the audio version read by Rebecca Schwartzlose, download the Next Big Idea App today: