How a Buddhist Baseball Player Cleared His Mind—and Made History 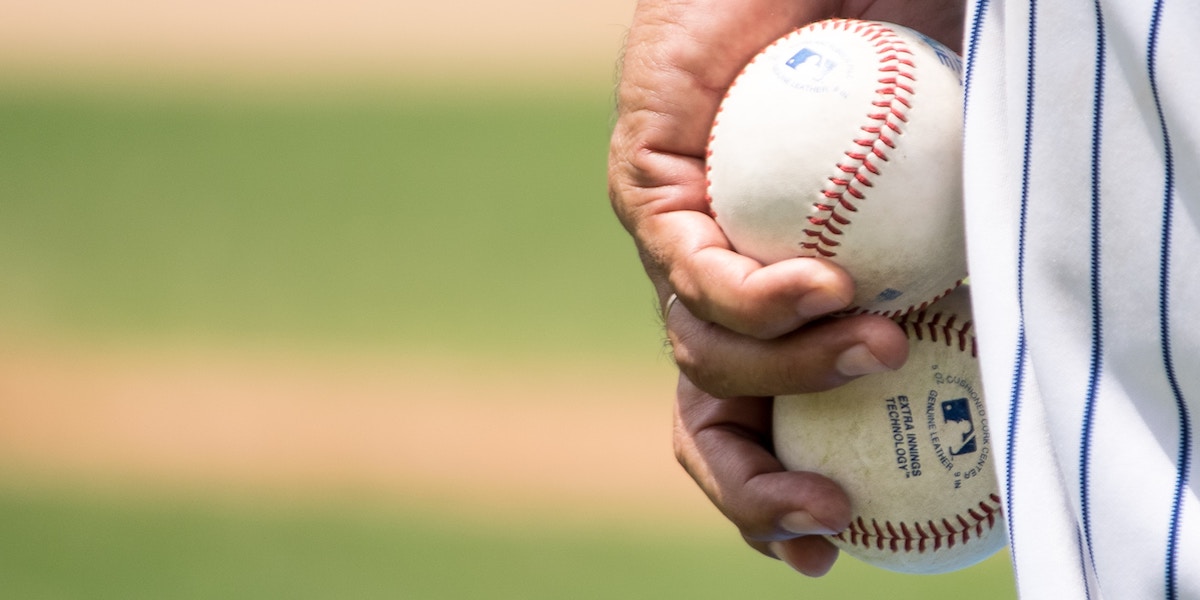 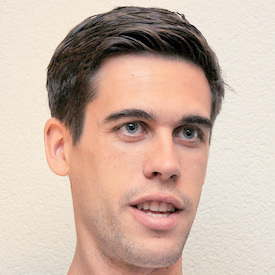 Shawn Green began his third season with the Los Angeles Dodgers in 2002 in the worst slump of his Major League Baseball career. The media was out for blood, and so were the fans, who booed him at the plate. Dodgers management began to doubt him too. The man was making $14 million a year and he could not hit.

After weeks of intense hitting famine, would he be benched? Traded? Sent down to the minors?

All this was racing through Green’s mind, as it would race through the mind of anyone struggling at work. That little voice: What’s wrong with you? Why can’t you get this right? Did you lose your touch?

Hitting a baseball is already a nearly inconceivable feat. It requires the batter to see, process, decide, swing at, and connect with a tiny ball traveling at speeds north of 90 miles per hour from an elevated position sixty feet away. Four hundred milliseconds. That’s how long it takes for the ball to travel from the mound to the batter. To be able to swing and hit it literally defies physics—it’s the single hardest act in all of sports.

The anxiety and doubts in a slump make it even harder. Yogi Berra’s warning: “It’s impossible to hit and think at the same time.”

For Green, the ball began to look smaller and smaller the longer he went without a hit. But it was Buddhism, which he had long practiced, that Shawn leaned on to prevent this vicious cycle from destroying his career. Instead of giving in to those churning thoughts—instead of trying harder and harder—he tried to clear his mind entirely. Instead of fighting the slump, he was going to try not to think about it at all.

It seems crazy, but it isn’t. “Man is a thinking reed,” D. T. Suzuki, one of the early popularizers of Buddhism in the West, once said, “but his great works are done when he is not calculating and thinking. ‘Childlikeness’ has to be restored with long years of training in the art of self-forgetfulness. When this is attained, man thinks yet he does not think.”

The way out of the slump wasn’t to consult experts or redesign his swing. Shawn Green knew he had to get rid of the toxic thinking that had knocked him off his game in the first place—the thinking about his big contract, the expectations for how he wanted the season to go, the stress at home, or the critics in the media.

He had to push all that out of his mind. He had to let his training take over.

On May 23, 2002, Green was struggling to do exactly that. It was the rubber match in a series against the Brewers. The Dodgers had eked out a 1–0 victory the night before, and lost the night before that. Green’s own hitting was sporadic and discouraging. So when he got to the ballpark that morning, he worked to give himself a fresh start. First in the batting cage, and then at the batting tee, he slowly, patiently, quietly cleared his mind. With each swing, he tried to focus on the mechanics, the placement of his feet, really planting himself where his feet were—not thinking of the past, not worrying about what was coming in the future, not thinking about the fans or how he wanted to hit the ball. Really, he wasn’t thinking at all. Instead, he repeated an old Zen proverb to himself: Chop wood, carry water. Chop wood, carry water. Chop wood, carry water.

Don’t overanalyze. Do the work.

In his first at bat on that day, Green took two strikes in the first two pitches. His mind burbled a bit—Is the slump going to keep going, is this ever going to end, why can’t I get this right?—but he let those wild horses run right on by, waiting for the dust they kicked up to settle. He breathed in, emptied his mind again—as empty as the seats in the stadium during his pregame ritual.

Then he got back to work. On the third pitch—CRACK! A solid double down the right-field line.

In the second inning, Green got an inside fastball. He planted his front foot and focused only on that, on the feeling of being nailed to the ground. He watched the pitch, and swung. The ball was soon going back out the other direction, high up over the right-field wall. Three runs came in along with it. In the fourth inning, he hit another homer up in the walkway over right-center field. In the fifth inning, he hit a home run deep into left field. Opposite field, a sign that a hitter is really starting to dial in. In the eighth inning, he hit a long single.

The slump was no more.

Five for five in his at bats, and the manager wanted to send him home for the day. Green asked for another at bat.

Now his mind was tempted to race in a different direction, his brain filled with congratulations instead of doubts. You’re killing it. How exciting is this? Are you going to get another hit? You could set a record!

Just like the overactive voice in a slump, the voice in a streak is an equally deleterious racing mental loop. Both get in the way. Both make a hard thing harder.

“Man is a thinking reed, but his great works are done when he is not calculating and thinking.”

As Shawn Green stepped into the batter’s box for the sixth and final time, he said to himself, “There’s no sense in thinking now.” He cleared his mind, and enjoyed himself like a kid at a Little League game.

No pressure. Just presence. Just happy to be there.

On the third pitch, he got a dipping cutter that sank low and inside, below knee level. For lefties, like Green, when they are in a slump, that area of the hitting zone is like a black hole. When they’re locked in, it’s the wheelhouse. Green connected, with a swing that even one of the coaches said looked like it was happening in slow motion. Every part of the batter was behind the bat, mentally and physically—and the ball was launched deep, deep into right-center field. He hit it a mile. It slammed high off the back wall of the enclosed stadium and bounced back onto the field.

As Green’s teammates went nuts in the dugout, he kept his head down and rounded the bases with the same calm, deliberate trot as in his previous three home runs. You couldn’t tell from the lack of celebrating, but he was in that moment only the fourteenth player in history ever to hit four home runs in a single game. Six for six, with nineteen total bases and seven runs batted in, perhaps the single greatest one-game performance in baseball. The entire crowd of 26,728 people—at an away game—rose for a standing ovation. But Green was already clearing that all away, and coming back to his routine. He took off his batting gloves and swept the experience from his mind, keeping it empty to use in the next game.

Shawn Green is hardly the first Buddhist baseball player. Sadaharu Oh, the greatest home run hitter in the history of baseball, was one too. The goal of Zen, his master taught him, was to “achieve a void . . . noiseless, colorless, heatless void”—to get to that state of emptiness, whether it was on the mound or in the batter’s box or at practice.

Before that, Zhuang Zhou, the Chinese philosopher, said, “Tao is in the emptiness. Emptiness is the fast of the mind.” Marcus Aurelius once wrote about “cutting free of impressions that cling to the mind, free of the future and the past,” to become the “sphere rejoicing in its perfect stillness.” But if you saw those words in the first paragraph of the write-up for the Dodgers-Brewers game in the Los Angeles Times the next day, they would have made perfect sense. Epictetus, Marcus’s philosophical predecessor, was in fact speaking about sports when he said, “If we’re anxious or nervous when we make the catch or throw, what will become of the game, and how can one maintain one’s composure; how can one see what is coming next?”

As is true in athletics, so too in life.

Yes, thinking is essential. Expert knowledge is undoubtedly key to the success of any leader or athlete or artist. The problem is that, unthinkingly, we think too much. The “wild and whirling words” of our subconscious get going and suddenly there’s no room for our training (or anything else). We’re overloaded, overwhelmed, and distracted . . . by our own mind!

But if we can clear space, if we can consciously empty our mind, as Green did, insights and breakthroughs happen. The perfect swing connects perfectly with the ball.

There is a beautiful paradox to this idea of void.

Do you see? By relying on what’s not there, we actually have something worth using. During the recording of her album Interiors, the musician Rosanne Cash posted a simple sign over the doorway of the studio. “Abandon Thought, All Ye Who Enter Here.” Not because she wanted a bunch of unthinking idiots working with her, but because she wanted everyone involved— included herself—to go deeper than whatever was on the surface of their minds. She wanted them to be present, connected to the music, and not lost in their heads.

Imagine if Kennedy had spent the Cuban Missile Crisis obsessing over the Bay of Pigs. Imagine if Shawn Green had tried frantically to re-create his swing because it wasn’t working, or if he had faced those pitchers with a racing mind, filled with insecurities and desperation. We’ve all experienced that—Don’t mess up. Don’t mess up. Don’t forget, we say to ourselves—and what happens? We do exactly what we were trying not to do!

Whatever you face, whatever you’re doing will require, first and foremost, that you don’t defeat yourself. That you don’t make it harder by overthinking, by needless doubts, or by second-guessing.

That space between your ears—that’s yours. You don’t just have to control what gets in, you also have to control what goes on in there. You have to protect it from yourself, from your own thoughts. Not with sheer force, but rather with a kind of gentle, persistent sweeping. Be the librarian who says “Shhh!” to the rowdy kids, or tells the jerk on his phone to please take it outside.

Because the mind is an important and sacred place.

Keep it clean and clear.

Excerpted from Stillness Is the Key by Ryan Holiday in agreement with Portfolio, an imprint of Penguin Publishing Group, a division of Penguin Random House LLC. Copyright © Ryan Holiday, 2019.