Build an Unbeatable Business with the Innovation Stack 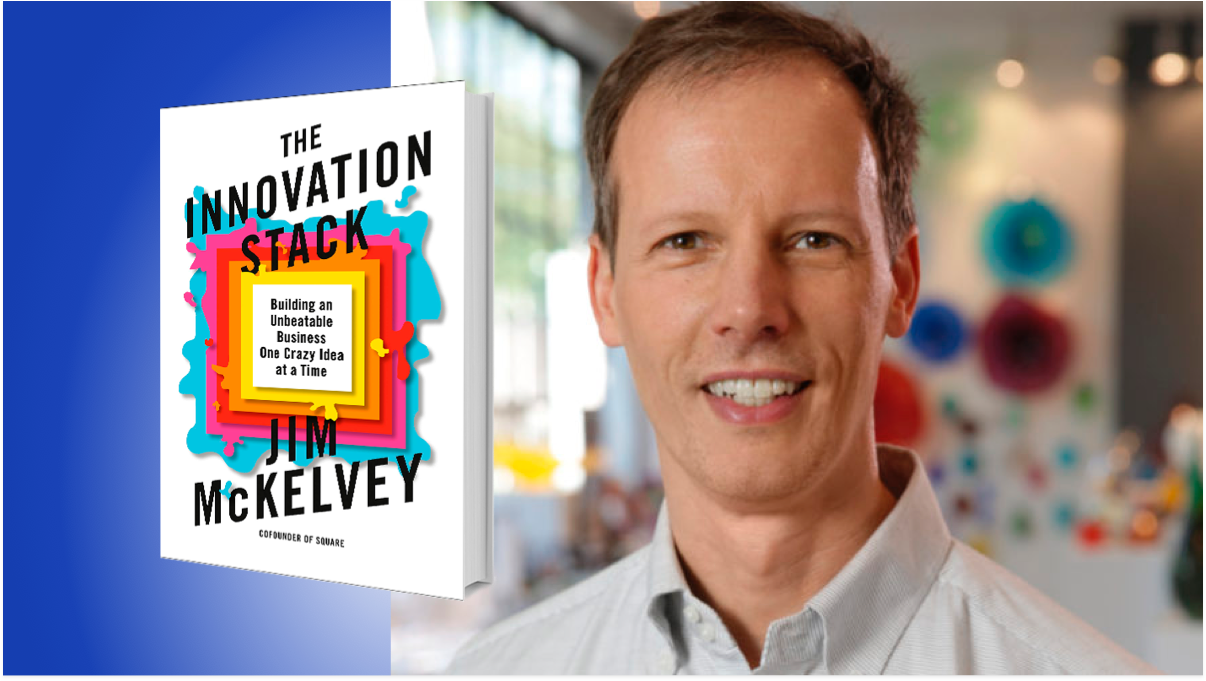 Jim McKelvey is a serial entrepreneur, inventor, philanthropist, and artist whose new book is The Innovation Stack: Building an Unbeatable Business One Crazy Idea at a Time. He is the cofounder of Square, was chairman of its board until 2010, and still serves on the Board of Directors. In 2017, he was appointed as an Independent Director of the St. Louis Federal Reserve.

Below, Jim shares 5 key insights from The Innovation Stack in this exclusive Next Big Idea Club Book Bite.

1. Square squared off with Amazon and won, thanks to the Innovation Stack.

When Jim McKelvey founded Square in 2009 with Jack Dorsey, everything started off great. But in 2014, Amazon copied their product and undercut their price, threatening to make Square the latest tech startup crushed by their titanic weight. But then, unexpectedly, Amazon backed off. How did Square survive? McKelvey spent years looking for the answer, and the result is a strategy he calls the “Innovation Stack.”

2. The word “entrepreneur” used to mean something very different.

These days, opening a coffee shop or starting an accounting firm qualifies you as an entrepreneur. But when economist Joseph Schumpeter popularized the word a hundred years ago, he was referring to businesspeople who were a little crazy, who were doing things that had truly never been done before.

3. There are such things as “perfect problems.”

Think of every possible problem in the world sorted by level of difficulty. On one side of the continuum, you have problems that we definitely know how to tackle, and on the other end, there are problems that are well beyond our abilities to solve. But in the middle are “perfect problems” that we can solve—but only if we invent brand new solutions.

Picture a market like a pyramid. At the top of the pyramid, you have a few luxury brands, high prices, and low volumes; then as you move down, the prices get lower and the volumes get higher until finally, at the bottom of the pyramid, the market stops. These days, the market for new cars ends at about $15,000, so if you only have $5,000 to spend, you’re not getting a new car. But many successful entrepreneurial companies build for an invisible and unknown market below what everyone thought was possible. In other words, if you want to be big, go low.

5. When trying something radically new, there are no guarantees.

Many of the people who have changed history just wanted to do what everyone else was doing, but were excluded, finding themselves in a strange land without a map. And when they ventured into entrepreneurship—in its classic definition, attempting to solve a perfect problem—they often worked without guarantees or credentials, because by definition, there can be no expert of the new.