Business Ethics: What Everyone Needs to Know 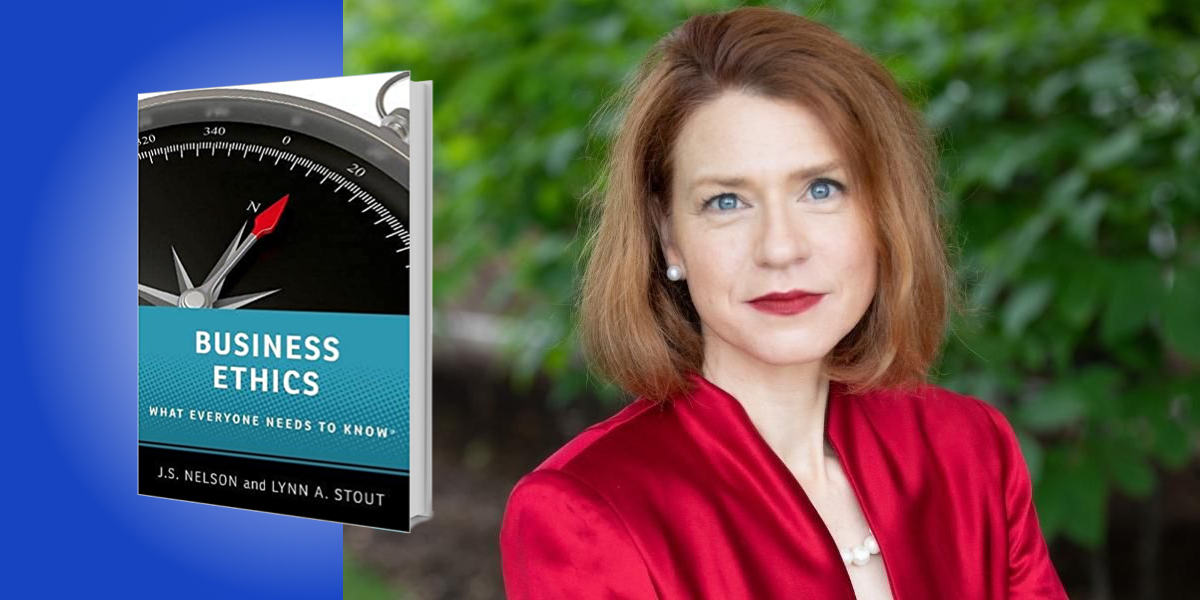 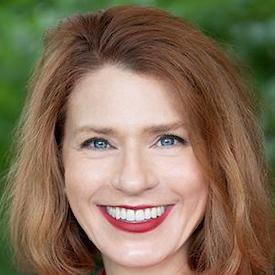 J.S. Nelson is a professor of law and an expert legal advisor. She holds the first tenure-track appointment in a U.S. law school specifically to teach business ethics and develop law-school curricula around the subject. She teaches at Villanova University’s Charles Widger School of Law, has a courtesy appointment at Villanova’s Business School, and is a senior fellow at the Zicklin Center for Business Ethics Research at the University of Pennsylvania’s Wharton School. Lynn A. Stout was an American corporate law scholar, and a Distinguished Professor of Corporate & Business Law at Cornell Law School. She died in 2018, with this book in progress.

Below, J.S. shares 5 key insights from their new book, Business Ethics: What Everyone Needs to Know. Listen to the audio version—read by J.S. herself—in the Next Big Idea App.

1. Business ethics are central to our shared experience.

Business ethics are the set of moral principles that govern behavior in the world of business. But how we behave in business bleeds into the rest of our lives as well. And if we construct too much of a barrier between our worlds in and out of business, we experience dissonance, and pay for the consequences.

The easiest way to live a happier life is to be ethical when you act. As Mark Twain reportedly explained, “If you tell the truth, you don’t have to remember anything”—meaning your lies, what you aren’t proud of, or what you want to hide. Similarly, some of the biggest thinkers behind our capitalist economic system saw business ethics as necessary for capitalism. Adam Smith, who is often thought of as the philosophical parent of free markets, wrote about trade as a way for us to benefit each other. That mutual benefit doesn’t work if we lie, cheat, or steal—those actions only make people in society worse off, not better.

Milton Friedman, another famous business thinker strongly associated with our market system, wrote about staying within the rules of the game to benefit society. In other words, the benefits of capitalism are based on us acting ethically, and are destroyed by unethical behavior. Indeed, business ethics are, in part, what help make our economy, our society, and even our personal lives work.

2. Ethical conduct generally works out better in the long run for individuals, businesses, and society.

There can be a lot of cynicism around this point from people who hear stories of someone behaving badly in the short term, seeming to be rewarded for it, and getting away with it. In life, however, unlike the movies, that’s not the full story.

“People who ‘give’ by working hard, sharing knowledge, and taking the high road tend to out-perform others over the course of their careers.”

Based on most of what we know about behavioral science, including research from business scholar Adam Grant, life is a longer repeat game. People who “give” by working hard, sharing knowledge, and taking the high road tend to out-perform others over the course of their careers. These are the people whom others want to be around, who are valuable members of the team, and who help grow the pie for all of us to share.

We describe three basic reasons for this:

3. Science shows that we are not generally either ethical or unethical people; we are people put in situations with pressure, and we react to that pressure.

We can be influenced in our ethical behavior by our surroundings—including by how much pressure we are under, and how we perceive things. What’s particularly interesting is that we don’t necessarily understand our ethical choices as ethical choices in the moment, and we see them instead as business necessities, for example. We can literally be blind to ethical issues as ethical issues until it’s too late to confront our own behavior, or to call out others around us.

“Ethics is a constant conversation, a constant investment, and a conscious choice for us to be sure that we are making.”

In other words, we don’t take a sort of ethics vaccine by going to Sunday school, Hebrew school, or the mosque. Ethics is a constant conversation, a constant investment, and a conscious choice for us to be sure that we are making.

4. A big way to change our own ethics, and the ethics of others, is to reexamine the pressures that we are put under, and how we are incentivized to react to them.

People may believe that pressure in the workplace creates diamonds, but it is more likely to create fraud. When people are under pressure, when they are not given a reasonable way to comply with what is expected of them, and when they understand that their jobs, their mortgages, and the well-being of their families are on the line, people will cheat.

The problem is that cheating becomes normalized. We react to it less and less—literally, the fear center of our brain lights up less and less with each transgression that is not caught and for which we are not penalized. So, we cheat more and more. This is the ethical snowball effect.

And we see the results around us. In U.S. data, 24 percent of managers admitted that they had witnessed employees significantly altering financial information to meet goals. 33 percent of workers in operations departments admitted that they had witnessed other employees falsifying expense and time reports. When asked why employees might falsify reports, 64 percent of them explain that employees are reacting to “pressure to do whatever it takes to meet business goals” (Becker, Rodgers, and Sauer, 2018).

“People may believe that pressure in the workplace creates diamonds, but it is more likely to create fraud.”

No one particularly wants to cheat—we don’t like looking at ourselves in the mirror when we do it. But we want to keep our jobs, and it becomes a disturbingly normal part of life for people because they feel pressure to do so, and because they start to believe that everyone else is doing it, too.

5. Ethical environments can be managed. We can create ethical or unethical behavior.

A company’s code of conduct is only as valuable as it has buy-in, and is actively enforced in ways that people see every day.

Companies also need to create “psychological safety,” a term that researcher Amy Edmundson and others have used, so that they can solicit and act upon employee concerns without repercussions, including retaliation. Researcher Mary Gentile has an excellent system called Giving Voice to Values for speaking truth to power without getting fired.

Most importantly, companies should see ethical feedback from employees as an early warning system, and an advantage. When large-scale scandals happen, they have often been incubating for a long time—in the case of Volkswagen’s emissions cheating scandal, possibly 17 years. And when such scandals blow up, they tend to involve a wide range of behaviors around reactions to similar incentive systems. When Wells Fargo’s 3.4 million fraudulently opened accounts made headlines, the bank had problems in many other areas as well: allegedly falsifying mortgage documents to charge more on mortgages and foreclose houses; improperly repossessing veterans’ cars; charging customers for insurance that they did not need; charging mortgage payers late fees that were the company’s fault; overcharging small merchants for credit card processing fees; and selling customers dangerous investments that the company did not understand. The bank fired 5,300 employees just for the fraudulent accounts behavior, and it admits that it may have systematically retaliated against whistleblowers.

When ethical problems are not addressed, they can metastasize and get out of control. The key is to find out about these things early, and do something to stop ethical problems before they become widespread and do tremendous damage to the company’s reputation. That’s the value of listening to your people, encouraging them to talk about ethical problems, and then doing something about those problems to keep the culture of your company healthy.

To listen to the audio version read by co-author J.S. Nelson, download the Next Big Idea App today: