Don’t Care About Virtual Reality? Here’s Why You Should 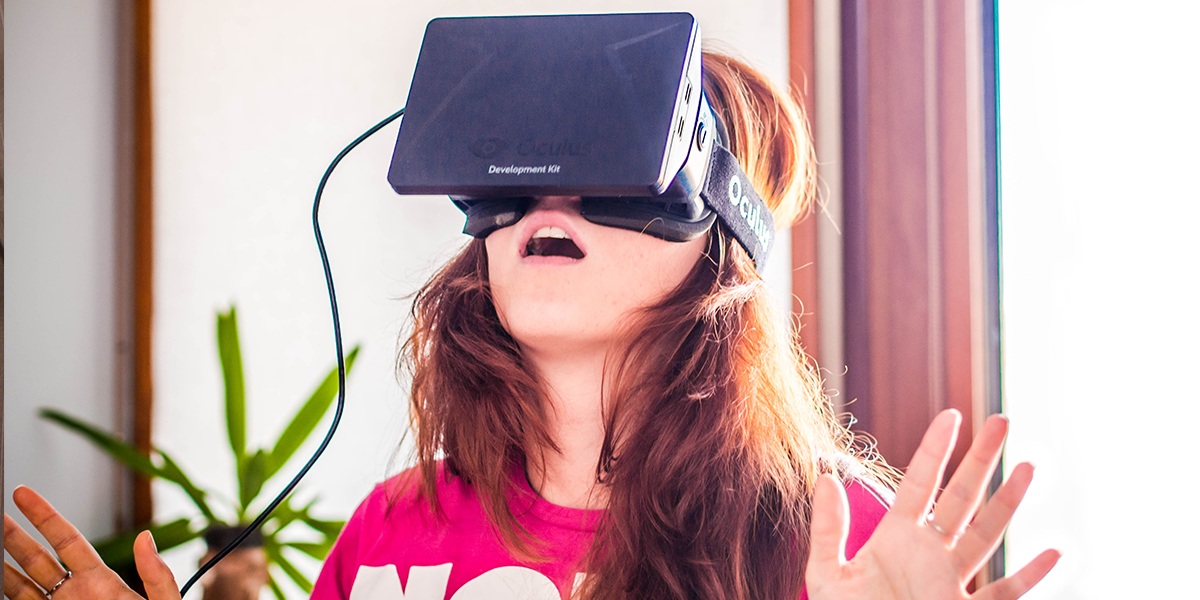 Today, the highly anticipated virtual reality headset Oculus Rift was made available for pre-order. Created by Oculus, the company that Facebook bought for $2 billion in 2014, the Oculus Rift is the latest attempt to bring virtual reality into the mainstream.

Virtual reality (VR) technology offers uniquely interactive experiences, and though the technology is frequently used for gaming (Oculus Rift will come with two games), it also provides a surprising and potentially revolutionary opportunity for personal improvement.

Stanford’s Virtual Human Interaction Lab, the VHIL, uses a non-consumer version of the Oculus Rift for their studies of social behavior. Jane McGonigal, Director of Games Research & Development at the Institute for the Future, writes about the transformative power of VR use in her book, SuperBetter. In one study, Stanford’s VHIL created virtual doppelgängers of VR users. The strong “mirror neuron effect” then compelled people to mimic their virtual avatars. According to McGonigal, the VHIL motivated people to exercise after they viewed their avatars lifting weights and subsequently transforming into healthier, stronger versions of themselves. People who exercised with their virtual doppelgängers displayed higher motivation than participants of the study who did not use the VR technology.

Virtual reality’s capacity to help individuals extends beyond physical improvement and into the emotional realm. In some instances, VR technology allows people to realistically experience life as a different person. Jeremy Bailenson, founder of Stanford’s VHIL, explains how VR offers a great resource for learning empathy in his 2011 “Authors@Google” talk. Bailenson contends that by allowing others to experience the world from a new perspective, VR can “make the world a better place.”

The Oculus Rift’s release will compete with HTC’s Vive’s and PlayStation’s Project Morpheus’s, other high-end VR headsets, as well as the Samsung Gear VR, a less expensive VR headset (recently advertised in this commercial featuring LeBron James). Google also offers a significantly more affordable opportunity to experience virtual reality with the pairing of a cardboard viewer and ready-to-download apps. The pre-order date for the Oculus Rift coincides with the 2016 Consumer Electronics Show in Las Vegas, an international convention boasting numerous virtual reality events.

Whether or not accessible VR experiences will result in a more empathetic society will be revealed over time — but the potential is virtually undeniable.