The CEO Test: Master the Challenges That Make or Break All Leaders 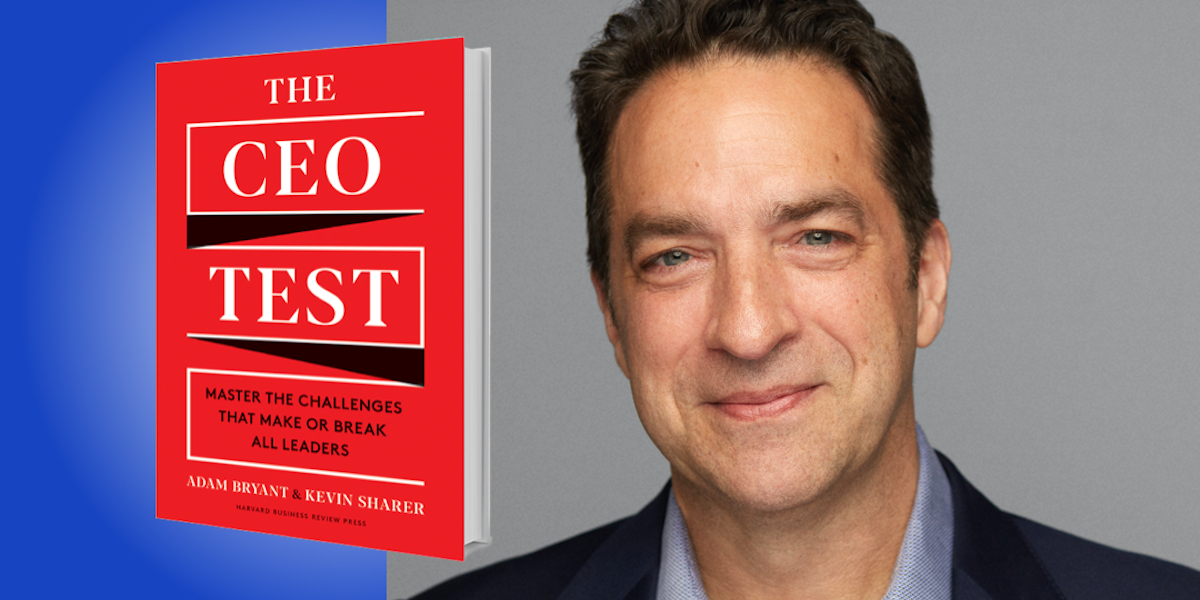 Adam Bryant is a managing director at the consulting firm Merryck & Co. Prior to that, he worked as a journalist and editor, including at the New York Times, where he created and wrote the popular “Corner Office” column. Kevin Sharer is currently on the faculty of the Harvard Business School. Prior to that, he served as the CEO of Amgen, the world’s largest biotech company.

Below, Adam and Kevin share 5 key insights from their new book, The CEO Test: Master the Challenges That Make or Break All Leaders (available now from Amazon). Listen to the audio version—read by Adam himself—in the Next Big Idea App.

1. Your business strategy should be simple.

One of the core skills of effective leadership is to be able to simplify complexity when it comes to explaining strategy. A leader should be able to answer the kind of questions that little kids ask in the back seat: “Where are we going, and how are we going to get there?”

While that may seem self-evident, many leaders struggle with articulating their strategy, because they have trouble distilling all the complexities of the business and the industry down to a simple plan. As a result, strategies are often much too complicated, and employees can’t remember them. Or they are too general, and describe what a company does, rather than what it is trying to accomplish.

Without a clear and simple plan, organizations are going to struggle. The leaders who know how to do this well include people like Bob Iger of Disney who, from the day he took over as CEO of the company, has relentlessly repeated the three key pillars of his strategy: to produce great content, to expand globally, and to embrace new technologies in all their forms. That may sound obvious, but that’s also a hallmark of a well-articulated strategy—they often do sound obvious, but they are also specific.

Corporate culture is an amorphous idea, and there are a lot of different opinions and approaches on how to build a culture. But let’s discuss what I like to call the “good movie” version of how to do it and the “bad movie” version.

“Business schools don’t typically offer courses on listening, but they should, because listening is an essential skill of leadership.”

Let’s start with what bad looks like and, unfortunately, it’s all too common. The company leaders decide that they want to draw up a list of values for their culture. And so they choose a bunch of words and phrases that are safe but vague, like “excellence” and “integrity.” They put the words on the wall in the lobby at headquarters, and maybe even print them on the back of employee badges. But then nobody talks about them or even remembers them, and the proverbial high-performing jerk inside the company is promoted, even though his behavior directly contradicts the stated values. People notice, and that makes them cynical, and cynicism can spread like a cancer through a company.

Now let’s shift to the good-movie version. The leaders understand just how important that list of values can be, and they work hard to choose values that are specific and describe the unique DNA of the company. They then build those values into every touchpoint in the employee experience—hiring, onboarding, quarterly and annual awards. And yes, the values are also used in decisions to fire that high-performing jerk. Most important, the leaders are always telling stories to bring those values to life and show why they are important.

In our book, we use the Silicon Valley company Twilio as a case study of a strong culture. I really like one of their values in particular—Draw the Owl. It comes from a tongue-in-cheek internet meme for “how to draw an owl.” In the first panel, it shows three circles. The second panel shows a fully rendered owl with the caption, “draw the rest of the owl.” And there’s an expletive in there, as well.

The point of the meme is to just figure it out. When it first appeared, the meme went viral inside the company, and Twilio even adopted the owl as its kind of mascot. It’s a perfect example of letting the values emerge from a culture, rather than imposing them on the culture.

How do teams operate in organizations? The bad-movie version is that a team is formed, but it is a team in name only. People compete with each other for resources and attention. They get together for meetings with no real agenda other than taking turns to update the leader. And the leader sort of floats above it all, not taking any responsibility for how the team operates.

“For leaders, no news is bad news, because it means they are not hearing about the problems that exist in their company.”

The good-movie version is that the leader and their team wrestle with the four key questions that need to be addressed: Why are we a team? Who should be on the team? How will the team work together? And what is the leader’s role on the team?

The first question may sound obvious. Why are we a team? But there is only one right answer to that question, which is to work together to tackle the big challenges that we can only solve together as a team.

And the question of how the team will work together is interesting. Many teams do have a Game of Thrones dynamic, where people are looking for ways to take each other down. So an explicit counterweight needs to be put in place to make sure people work together. At one company, ServiceNow, the leadership team wrote a “social contract” for themselves about the behaviors they expect from one another. One of them is “we work east-west” which means they try to solve problems with each other first rather than always bringing things “north” to the CEO to solve.

4. Listening is an essential leadership skill.

Business schools don’t typically offer courses on listening, but they should, because listening is an essential skill of leadership. A big reason is that the higher up you move in an organization, the more you become trapped in a bubble, because nobody wants to bring bad news to the boss. So leaders have to first be aware that they are in a bubble, and that they shouldn’t always trust the information they are getting. In this context, the cliché about “no news is good news” has to be flipped on its head. For leaders, no news is bad news, because it means they are not hearing about the problems that exist in their company.

So the first step is being aware that the bubble exists, and the second step is to take active measures to fight your way out of the bubble. That means really listening in one-on-one and team meetings, and making sure that you’re not distracted and that you’re really listening to understand what the other person is saying. It’s having the discipline to be able to listen without agendas or judgments.

And it also means creating a kind of listening infrastructure in your organization so that you have direct lines of communication with people at all levels. That could mean setting up regular coffees for open-ended conversations with groups of employees. In the case of my co-author Kevin, he included a question every year in the annual employee survey that said, “What do you think of the job that Kevin is doing?” with an open field on the form to share their opinions.

5. Great leaders are masters of paradox.

When people are starting out as leaders, it can be hard to make sense of all the advice they hear and read, because so much of it is contradictory. “Lead from the front. No, lead from the back. Be confident and never let them see you sweat. No, you have to be vulnerable. Be optimistic, but also realistic. Create a sense of urgency while also being patient.” It can all become confusing noise in your head.

The best solution is to understand leadership as a series of paradoxes. These are not “this or that” approaches. It’s about understanding them as “and” propositions. As a leader, you need to be compassionate and demanding; you need to be optimistic and realistic; you need to be urgent and patient. It’s about recognizing that there is a balance point in those paradoxes, and then adjusting to the needs of the moment.

The best leaders are calm, confident, and credible. They understand that one of the keys to staying calm and confident while they are being barraged from every angle is to stay in those balance points amid the paradoxes. That is the final test of leadership.

To listen to the audio version read by Adam Bryant, download the Next Big Idea App today: 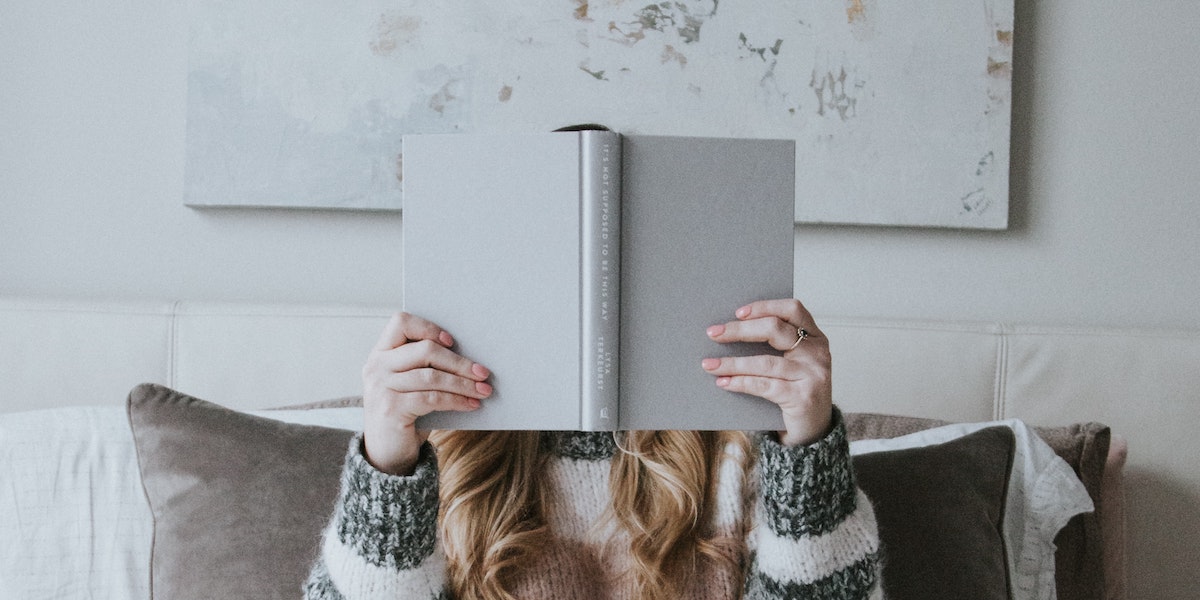 Listen Like You Mean It: Reclaiming the Lost Art of True Connection 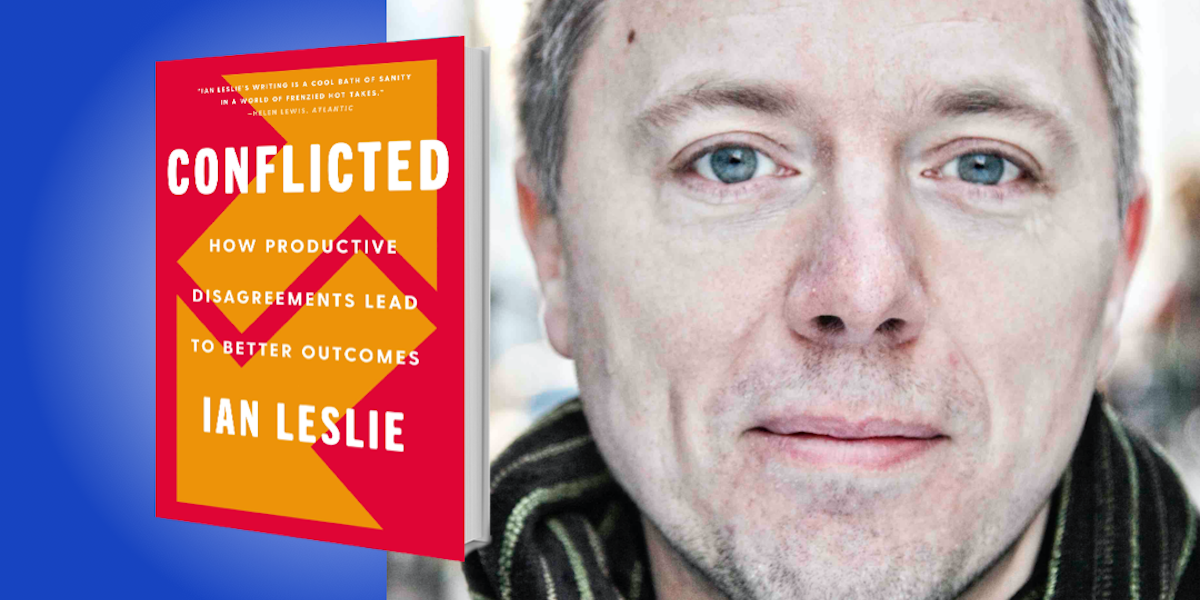 The CEO Test: Master the Challenges That Make or Break All Leaders
Most Read 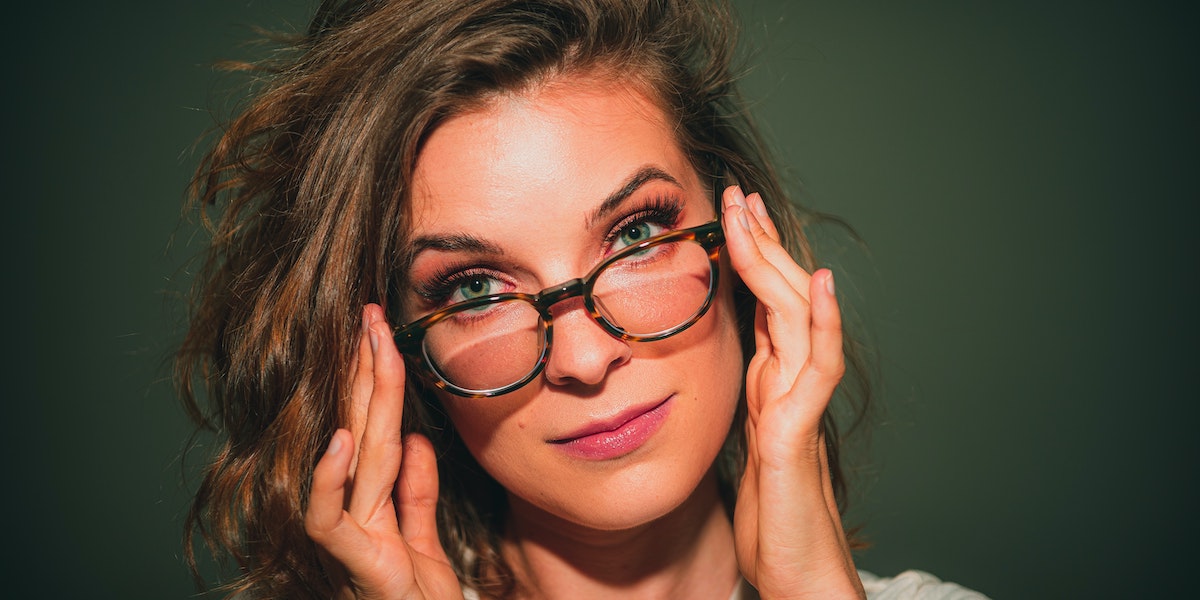 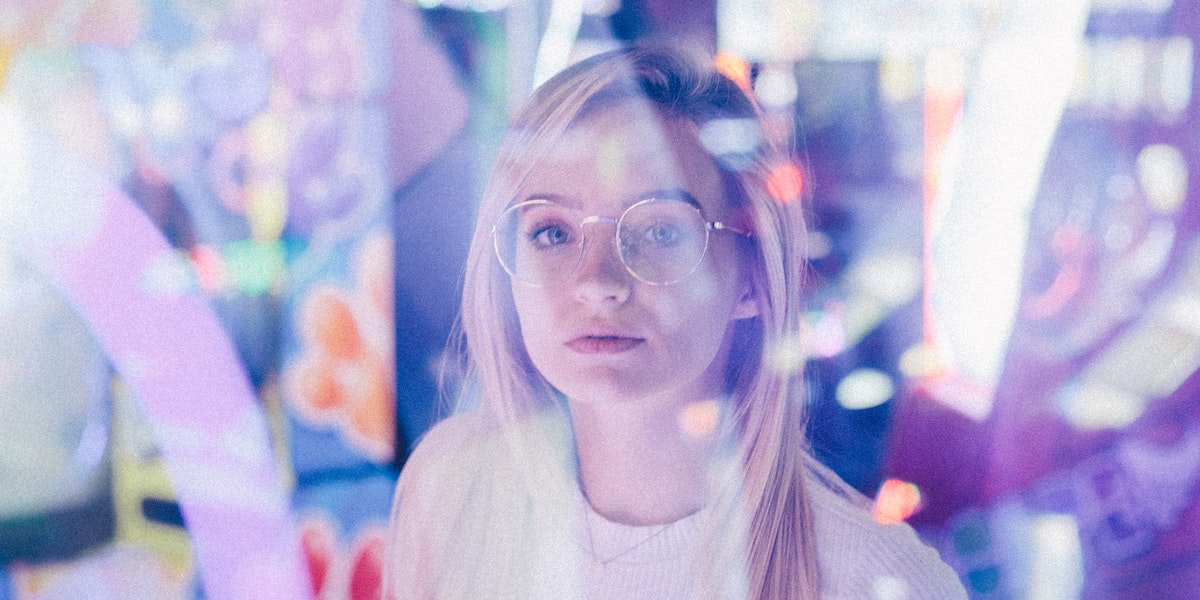