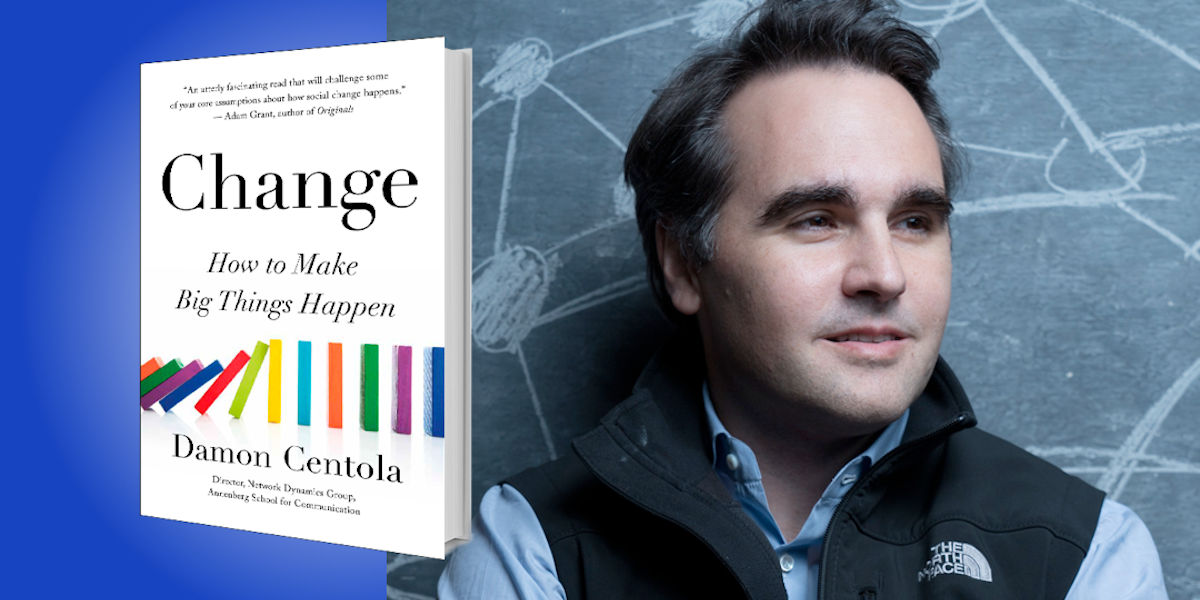 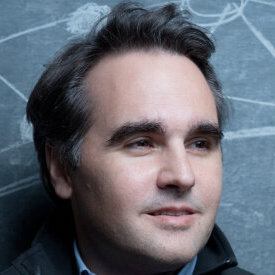 Damon Centola is a Professor in the Annenberg School for Communication and the School of Engineering and Applied Sciences at the University of Pennsylvania, where he is Director of the Network Dynamics Group. His speaking and consulting clients include Amazon, Microsoft, and Apple, and popular accounts of his work have appeared in the New York Times, the Washington Post, The Atlantic, and more.

Below, Damon shares 5 key insights from his new book, Change: How to Make Big Things Happen. Download the Next Big Idea App to enjoy more audio “Book Bites,” plus Ideas of the Day, ad-free podcast episodes, and more.

1. The myth of the influencer.

For nearly a century, everyone from scientists to entrepreneurs to marketers have believed that influencers—highly connected people—are the key to social change. While the rest of us live within social clusters at the outer edges of the overall social network, influencers are at the center of that network. Because they can reach a lot of people, lots of things tend to spread from influencers to everyone else. This is true for things like dieting plans, new celebrity gossip, and new brands of coconut water.

However, that effectiveness disappears when it comes to spreading disruptive new products or bold new political initiatives. This is because so many people are watching and commenting on influencers, so if an idea is controversial or unfamiliar, influencers are wary of it. When real social change takes off, it typically comes from regular people in the network periphery, those with fewer people watching them who might prevent them from taking a chance.

2. The power of the periphery.

In January of 2011, an influential activist named Asmaa Mahfouz believed it was time for Egypt’s activists to follow in Tunisia’s footsteps and overthrow their governor. Asmaa was an influencer, so she posted a call on social media for her followers to join her in Tahrir Square to protest the regime. But when she arrived at the square, there were only a few stalwart followers present. Nobody else came. But then she reached out with new posts calling for another protest the following week. This time, unbeknown to Asmaa, within the social circles of regular people like school teachers, shop owners, parents, and students, interest in revolution began to take hold. And when she returned to Tahrir Square, she was joined by hundreds of thousands of Egyptian citizens, all of whom coordinated through their own social networks to start a revolution that toppled Egypt’s brutal dictatorship.

“Widespread change comes from the social networks of regular people.”

The key feature that makes these rare, revolutionary events happen isn’t the influencers. After all, influencers and their calls for change are always present. Instead, widespread change comes from the social networks of regular people.

3. The principle of relevance.

One thing that enables an idea to spread through a social network is “relevance,” which takes two different forms. In the first, when someone is trying to decide whether an innovative product or new idea is right for them, they look to see what people like them are doing. For example, if you’re deciding on a political candidate, you tend to look to people who have similar values as you to see what they will do. But sometimes the key to relevance is not similarity, but diversity. In 2013, expressing online support for same-sex marriage was socially risky. But if someone saw that their grandparents, their work colleagues, and their child’s soccer coach had all voiced support, then the differences among these people was enough to convince the person that the movement was widely accepted.

“Being exposed to an idea once doesn’t mean that you’re going to accept it.”

Any social change process succeeds by triggering a tipping point, when so many people take hold of a new idea that everyone else in the population is forced to consider accepting that idea as well. Tipping points are strangely abrupt—think about the recent explosion of support for the Me Too movement, or the worldwide growth of the Black Lives Matter protests. 15 years ago, most people didn’t even know what the Me Too movement was, and just six years ago, Black Lives Matter was viewed as a fringe movement.

So what happened to cause these sudden increases in support for these movements? In my work, I’ve identified a critical tipping point of 25%. Once 25% of people support a new idea, it triggers a rapid change in the majority of the population. The idea can leap from the periphery into the center and take off, spreading much farther and faster than anyone could have anticipated.

5. The myth of virality.

The myth of virality is that everything spreads like a virus, and this falsehood is the reason why so many of our attempts at social change have backfired. In the case of an actual virus, it only takes one contact with an infected person to spread it. For this reason, a virus is called a “simple contagion.” But social change is not a simple contagion; being exposed to an idea once doesn’t mean that you’re going to accept it. Unlike getting coronavirus, you have to be convinced to join a social movement. So in order for social change to spread, people need to get social reinforcement from people who are relevant to them. This even applies to spreading new behaviors, like wearing face masks or getting vaccinated.