Choosing Courage: The Everyday Guide to Being Brave at Work 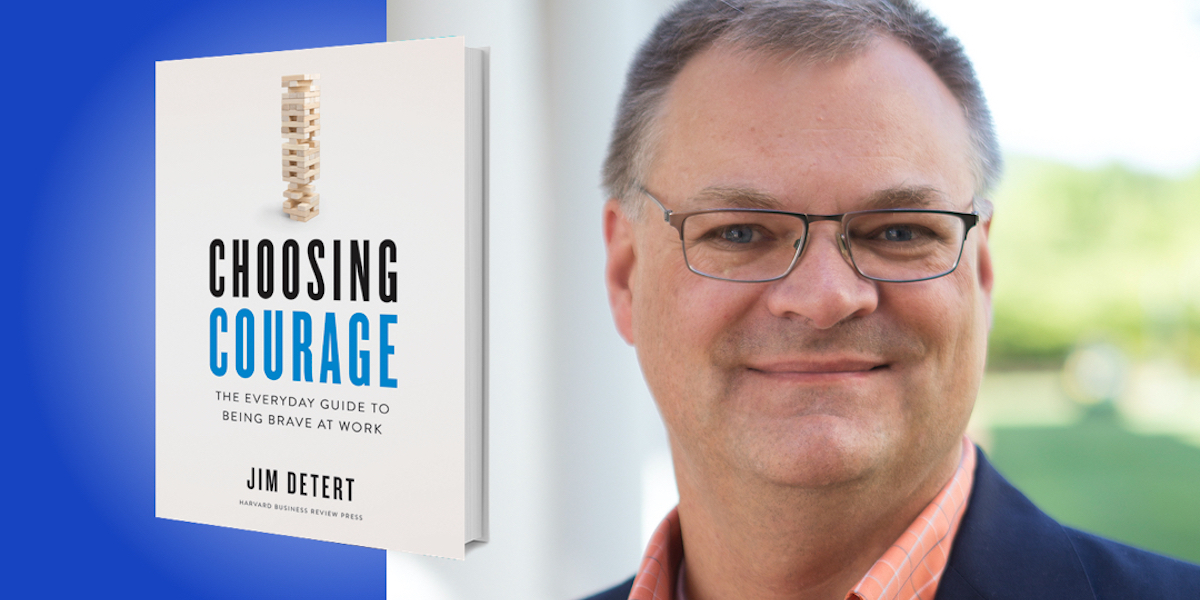 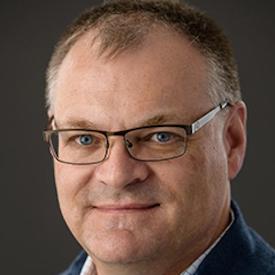 Jim Detert is the John L. Colley Professor of Business Administration at the University of Virginia’s Darden School of Business. Detert’s research focuses on workplace courage, why people speak up or stay silent at work, ethical decision-making and behavior, and other leadership-related topics. His research has won several academic best-paper awards, and his teaching and curriculum development have also won multiple awards at UVA and Cornell.

Below, Jim shares 5 key insights from his new book, Choosing Courage: The Everyday Guide to Being Brave at Work (available now from Amazon). Listen to the audio version—read by Jim himself—in the Next Big Idea App.

People who do courageous things at work range across gender, ethnicity, nationality, religious commitment, income level, and many other dimensions. In fact, there are no obvious differentiators between those who take opportunities for courageous action and those who don’t. Whether we’re trying to understand who sheltered Jews during the Holocaust, who refused to administer electric shocks in the famous Milgram experiments, or who does any number of other risky or nonconformist behaviors, psychologists haven’t come up with much.

So we have to let go of the myth that it’s easier for someone else, or someone else’s responsibility, and start holding ourselves to the same standard of action as those we admire or consider our heroes. Think about it from a virtues perspective: We don’t believe that only some of us are born with the capacity to be virtuous in other ways—such as by being honest, fair, or prudent—so why would we expect that only some of us have the obligation to demonstrate courage?

“We have to let go of the myth that it’s easier for someone else, or someone else’s responsibility, and start holding ourselves to the same standard of action as those we admire.”

2. Fear doesn’t mean you can’t or shouldn’t act courageously. It means the stage is set.

For most people, what comes to mind first are economic or career risks. We’re afraid that if we push the envelope too far, we could get fired, blackballed, held back, or otherwise negatively impacted financially. Social risks also loom large. For most of humans’ time on earth, being ostracized by those around you wasn’t just psychologically unpleasant—it was life-threatening. You courted death if you were left alone to face violent predators and harsh environmental conditions. While today you’re unlikely to actually die if your coworkers shun you, that doesn’t mean we don’t have horrible fears of “social death.”

Standing out also poses psychological risks. No one wants to feel stupid or incompetent, yet that’s exactly what’s at stake when we take on high-visibility projects, or stretch assignments beyond our current expertise. The same is true when we ask for help or admit mistakes. We’re our own judge and juror, and when we’re really pushing boundaries or showing vulnerability, there’s a chance we’ll take at least a temporary hit to how we feel about ourselves. So yes, there are lots of fears. But acknowledging fear doesn’t mean a courageous act is impossible. It means the stage is set.

3. “Truth to power” acts are not the only behaviors commonly seen as courageous.

My colleague Evan Bruno and I identified another 24 kinds of behaviors seen as significantly courageous when we developed the Workplace Courage Acts Index. These include handling difficult, uncomfortable situations with peers and subordinates, customers, and various external partners. They also include a number of bold moves that people sometimes make, ranging from taking a major new work assignment to deviating from established practice in innovative ways.

“No one wants to feel stupid or incompetent, yet that’s exactly what’s at stake when we take on high-visibility projects, or stretch assignments beyond our current expertise.”

When New York Giants linebacker Mark Herzlich heard denigrating comments about women in the locker room, he spoke up, telling his teammates that what they said wasn’t funny or appropriate. His wife had suffered physical and emotional abuse in childhood, and Herzlich decided that raising players’ awareness about domestic abuse was more important than whatever short-term discomfort his speaking up caused.

Think about your own context. Would it be easy to confront a peer who said something racist or sexist? Would it be easy to fire a profitable customer because someone acted abusively toward your people? We know it’s not, but the presence of courageous behaviors is positively related to individual, group, and organizational well-being.

4. The moment matters, but so does what you do before and after.

We all know that how you behave “in the moment” makes a big difference in whether a courageous act goes well. But in my study of thousands of situations, I found that a lot of what determines how courageous actions turn out is what happens before or after the moment that everybody talks about.

For example, being taken seriously by or not offending others when you push them on something has a lot to do with the credibility you already have—or don’t have. People need to believe that you care about them, and aren’t just being critical or self-interested. They also need to believe you’re competent; after all, why should they accept your viewpoint or grant you resources if they don’t think you know what you’re doing?

“You can ignore others’ feelings, but there’s a reasonable chance that they’ll end up creating a problem for you down the line.”

I’ve also learned how important following up is, especially when someone seemed hurt, angry, or confused by something you’ve done. You can ignore others’ feelings, but there’s a reasonable chance that they’ll end up creating a problem for you down the line. And if you care about those relationships, following up is simply the right thing to do. So even though it can feel like yet another courageous act, it’s usually worth it to go resolve those lingering negative feelings.

5. Focus on the courageous acts you’re willing to do right now.

If you ask people about something courageous they could do at work, they’re likely to tell you about something that involves risking their job or important relationships. That’s unfortunate for two reasons: First, when people only call to mind the riskiest thing they can think of, they’re not very likely to do it. Second, if they do give it a try before they’ve practiced in easier situations, there’s a good chance it won’t go well. That only confirms the belief that acting courageously is stupid, and makes it less likely that they will stick their neck out again.

It’s much more productive to start with smaller, more manageable steps. That allows us to stay in control and relatively safe while we try new behaviors. Best-case scenario, we have success and feel really great. Worst-case scenario, we see that we survived just fine—despite it feeling unpleasant in the moment.

So I encourage people to build a personal courage ladder where they put courageous acts at different levels of difficulty on the different rungs. Adam, for example, thought it was a little courageous to step beyond the technical boundaries of his role, and a bit more courageous to challenge his boss about a policy that wasn’t working. But because Adam has a strong need to be liked, he’s terrified about confronting his peers. That was at the top of the courage ladder he made for himself.

Our courage ladders are unique to each of us. If you want to change your behavior, the only “wrong” ladder is one that you’re not willing to climb.

To listen to the audio version read by Jim Detert, download the Next Big Idea App today: