Give Everything Away — And Other Counterintuitive Business Strategies 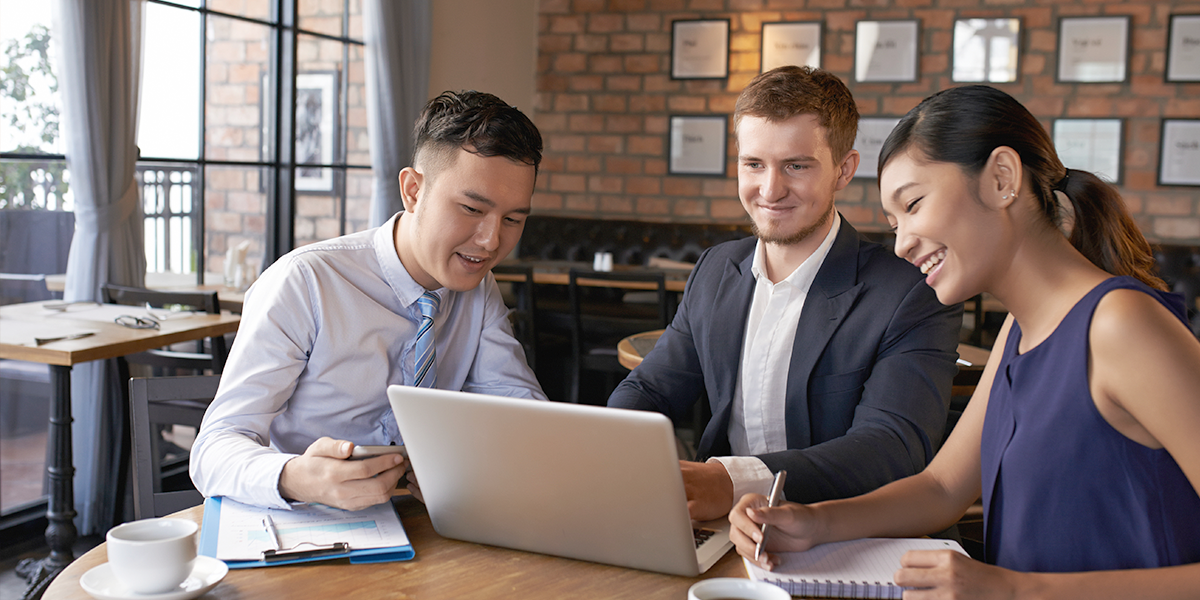 Even though I’ve made my living as an entrepreneur for more than 10 years, I’d like to let you in on a secret: I don’t much care for business… at least, not in the traditional sense.

What I care about instead is business that a) doesn’t feel like work and b) is centered around building real relationships.

Here are a few unconventional business ideas that reflect this philosophy. None of these ideas are truly original (most ideas aren’t), but I’ve tried to gather them together here before writing about them in more detail for future articles.

IDEA: Give Everything Away

From time to time I meet with business people who ask the behind-the-scenes questions about how things work over here. They enjoy using their corporate credit card to buy coffee for us, and I enjoy drinking coffee. Most of them don’t understand how I can write for free and still manage to pay the bills.

The traditional business model of sharing information is to give away 10% as a “teaser” and sell people on the 90% behind the curtain. I do the opposite – 90% (or more) is free. The 10% is for the fans and those who need specific help best suited to a more in-depth format. Products are available, in other words — but all of the regular writing is free. Oh, and no ads either.

Another good example of giving everything away is Leo Babauta’s decision to “uncopyright” his work – everything on ZenHabits is in the public domain. This was a master stroke in building his network and establishing broad authority, even after he had become quite successful. I don’t know the private details of Leo’s finances, but when I look at his subscriber base, my estimate is that he’s living pretty damn well by encouraging people to steal his content.

IDEA: Don’t use people, help them.

I didn’t have business cards for the first decade of my self-employment. Since I meet a lot of people these days, I finally gave in and ordered some recently – but it took 10 years. I don’t go to Toastmasters, Rotary Club, Chamber of Commerce, or any other networking events.

The problem I have with traditional networking is that it frequently involves scoping people out to see what they can do for you. I hate this. I know it isn’t all about that – but some of it is, and I just don’t like the pretentiousness.

The kind of networking I do now is extremely important. I spend about two hours a day connecting with people. I do this primarily through Twitter and 75-100 emails a day. Everyone who writes gets a real response (sometimes it takes a while, but I take it seriously).

By the way, if you feel like you don’t have time for Twitter, read this great post by Havi Brooks about why you should have time. I usually agree with most of what Havi says, and this article is no exception.

Instead of asking “What can you do for me?” this kind of networking is externally focused. It asks the questions, “How can I help you? What can I do to tell other people about you? What are your goals?” I love it.

IDEA: There is No Competition.

Someone asked me in a radio interview recently if Tim Ferriss was my competitor. Um, no. As I see it, there is no competition in this business. Tim has helped a large number of people think differently about life and work, and that’s pretty much my goal too, albeit in a different way.

If you’re in a business where you compete with the store down the street and one of you has to lower prices to bring in customers, good luck. Instead of external competition, the competition you face every day is INERTIA. The competition comes from within to get up every day and help people change the world.

Seth Godin is often asked how he has time to do everything, especially write back to everyone who emails him. His answer is that he doesn’t watch TV and doesn’t go to meetings, so that gives him 4-5 more hours a day than most people have.

I completely agree. I also don’t watch TV and don’t go to meetings. Instead I go around the world – that does take some time – and I like to go to coffee shops almost every afternoon. I also don’t take many phone calls, but we’ll come to that later.

IDEA: Lose the hard sell, or any sell at all.

The thought of hard-selling is a complete turn-off to me. I regularly walk out of stores that use guilt or scarcity tactics to sell me. (“Are you sure you don’t want the extended warranty? Because, just between us, these products tend to break down a lot.”)

Selling that plays on fear, guilt, or greed establishes negative relationships. I’d rather build my business, and my relationships in general, on positive connections. If someone writes in and says I’m thinking of buying this, can you sell me on it? My answer is no, sorry. I can tell you about it, I can answer questions, but I can not sell you.

Also, if someone ever complains about something I sell (it’s extremely rare, but some people do go around the internet downloading things and asking for refunds the same day), I give their money back IMMEDIATELY. Life is too short to worry about those people. This brings us to the next point:

IDEA: Give people what they want.

If you don’t think this is an unconventional business idea, good for you– that means you’re somewhat isolated from internet marketing, or stores that try to sell you things you don’t want.

My view is that if you have to persuade, you’re in the wrong business. Meet people’s needs instead. Sell what people buy. If your project meets needs and expands the pie (we’re coming to that), you’re on to something.

Is your product a good idea? Here’s a test. Check this list:

1) Desperate Need – People NEED (or think they need) your product or service.

2) High Value – You deliver high value. You’re proud of what you sell.

3) High Margins – You make real money from it.

If you have all three, you’re probably on to something.

If you feel overwhelmed and are thinking about outsourcing, you can also just stop doing stuff. It works surprisingly well.

A good question to ask yourself is, “If I stop doing x, will the world come to an end?” If yes, you should probably find a way to do it. If not, it will probably be OK. True, you may not be able to build a seven-figure business this way, but is that your goal? Again, if that’s what you want, then you might need to outsource. If not, you can probably just let some things go.

The first part is easy – turn down money from difficult people. Don’t hard-sell; invite customers to participate with you. Give money back and walk away from anyone who becomes difficult.

The second part, however, is more difficult to come to terms with. The second part involves turning down money not because of rude people but just because something isn’t right for you. Years ago, for example, I used to feel guilty for giving up thousands of dollars in lost sales because I didn’t want to call people on the phone. I’ve matured over the years – now I don’t feel guilty about it.

IDEA: Don’t listen to anyone (listen to everyone).

I try to follow this rule not only in business but in life in general. If one person doesn’t like your work, don’t worry. Instead, listen to what everyone says. Get feedback from the entire world. Use Google Alerts for your name, search for what people are saying, (I’m @chrisguillebeau – have we connected yet?), and generally pay attention to what’s going on.

And the MOST IMPORTANT OF ALL –

In my business, I don’t lose if someone else gains. When I gain, no one else loses. This is a result of some of the ideas I explained above – the fact that there is no competition, I try to give people what they want, I don’t play sales games, etc.

If your business (or your job, or whatever it is you do every day) is built on taking something from somebody else, I don’t envy you. If you asked me, I’d say you’re in the wrong business. You might as well go out and repossess cars or work for a collection agency.

Thankfully, businesses that “get it” are becoming more common. I’m far from alone in this. In fact, I really think that a huge subset of entrepreneurs who adopt this mindset will become more and more successful while traditional business models continue to struggle.

Speaking of social networking, the other day I saw that someone is selling an $800 guide to Twitter. I thought that was pretty funny. From a marketing standpoint I understand how it works – some clueless executives from big companies will buy it and feel like they are getting a deal. Perceived value is everything, so perhaps it’s worth it to some people.

But assuming you don’t have $800 to spend, you can learn how unconventional business works for free. The hard part will be saying goodbye to some old assumptions, and no $800 guide can help you do that.

By the way, the same people who say “Welcome to the Real World” will say the same thing about some of these ideas in the business world. “That’s not how it works… that’s unrealistic…” etc.

If you’re in business, you can safely ignore this feedback. The better question to ask is, who is the judge of your success? What does success look like for you?

I’m well aware that my business is unsuccessful by some standards. I’ve foregone expansion, turned away money, and done almost everything myself. In the hands of a more skilled businessperson, I don’t doubt that they could achieve higher returns – perhaps even with less work. It’s just not who I am.

Feel free to share your own unconventional business ideas in the comments section. I don’t expect everyone to agree with all of my ideas, and I’ll be happy to post yours so that everyone else can learn from them too.