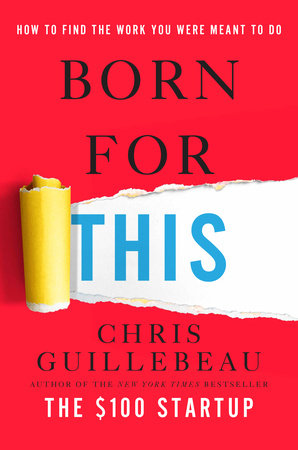 You might not be facing a dilemma between a life of crime or an endless stream of record label royalties, but you too face choices on how to build for the future. The best method for choosing between two or more viable paths or opportunities? First, expand your options. Then start limiting them.

Before he was the billionaire entertainer known as ­Jay-­Z, Shawn Carter was a drug dealer who worked the public housing projects of Brooklyn. Looking back at his early years, even he seems incredulous about his almost unbelievable rise. “Based on my own experiences,” he told filmmaker Ron Howard, “I would have never believed I’d be here today. If I had dreamt it and said, ‘This is where I want to end up,’ I would have fallen far short.”

The streets of Brooklyn in 1986 were a lot different from the gentrified neighborhoods there today. Hip-­hop was on the rise, but the environment was rough, with addicts lining the streets and crime wars being waged throughout neighboring buildings.

At age 15, Shawn Carter had two primary activities. One was writing rap lyrics in his kitchen. The other was selling crack in the stairwells of the Marcy housing projects. When he looked to his future, with role models and success stories few and far between, the only real options he saw were two clearly opposing career tracks:

Both of these careers were long shots, with success not guaranteed either way. Notwithstanding the legal and moral issues of selling cocaine, perhaps the better short-­term choice would have been to continue with drugs. There was an immediate payoff—­in cash and tax-­free. Status was also higher: in Brooklyn in the 1980s, drug dealers were some of the most powerful (and feared, if not always respected) people in the community. Lastly, being a drug dealer was relatively easy. The young Shawn Carter knew how to sell drugs. It was a market with virtually limitless demand, and he had a client base that kept coming back again and again. The status quo decision, and perhaps the most likely one, was to continue selling drugs.

But as we all know, he didn’t.

Shawn Carter didn’t become a famous drug dealer—­ and that’s a good thing, since most famous drug dealers are dead. In the music industry, while there’s no guarantee of stardom, the consequences of failure are usually much lower. If you fail, you have to get a day job. If you fail in drug dealing, however, you go to prison or you die.

But even with mortality risks aside, chances are that none of us would know Jay-­Z’s name if he hadn’t chosen the life of rhyme above the life of crime. He wouldn’t be worth $1 billion, he probably wouldn’t have won Beyoncé’s heart, and the odds are high that he’d be incarcerated if not dead.

Here’s how Jay-­Z described his success years later: “The reach that this music had for me was unbelievable. Of course luck plays a part in it, but every human being has genius-­level talent. There are no chosen ones. You have to find what you’re great at and tap into it.”

Pursuing a career in music wasn’t just about making a better ethical and lifestyle choice. It was also about making the right career choice—­the choice to do something he loved (joy), something he could get paid well for (money), and something he was skilled at (flow).

You might not be facing the same dilemma between drug dealing and superstardom, but you can use a similar method of analysis to make your own career choices.

FIRST EXPAND YOUR OPTIONS, THEN LIMIT THEM

Let’s assume you aren’t considering a career in drug dealing or rapping. But you still may be facing a difficult career dilemma. There’s one foolproof tactic you can use, especially at the beginning of a career or even later in life when you’re planning to make a fresh start: you can work to expand your options, then limit them.

Jay-­Z faced an extreme choice between two high-­risk, high-­reward vocations. But chances are he probably could have done any number of other things, too—­they just wouldn’t have been the best options for him. He could have gone to community college, gotten a regular job (i.e., not selling drugs or music), joined the Peace Corps, and so on.

You, too, may have many more options than you realize. You can start identifying those options by listing as many possibilities as you can think of. For now, they don’t have to be practical or realistic. Your list may include items such as:

Depending on what stage of life you’re in, your list may contain even more items, several of which may seem attractive. But with so many options, making choices will then become only more difficult. It will greatly help you, there-fore, if you can eliminate some of these options using the Joy-Money-Flow model. Remember:

Joy: what you love to do

Money: what pays the bills

Flow: what you’re really good at

Your first step is to eliminate ideas that don’t bring you joy when you think of them. This should usually be the initial decision-­making criterion, because life is short and you certainly don’t want to do something you don’t like.

You should next eliminate ideas that don’t have real potential to produce income. This doesn’t mean you can’t do those things as a hobby, but this book isn’t about hobbies. The goal is to make career changes that bring happiness and income.

Finally, you should eliminate ideas that you aren’t particularly good at, or where your skills aren’t unique.

Remember, there’s more than one path. But finding your dream career isn’t about what you can do; it’s about what you should do. The goal isn’t just to find any possible path but to find the path that’s best for you.

Reprinted from BORN FOR THIS: How to Find the Work You Were Meant to Do. Copyright © 2016 by Chris Guillebeau. Published by Crown Business, an imprint of Penguin Random House LLC.