What It Really Means To Be An Entrepreneur 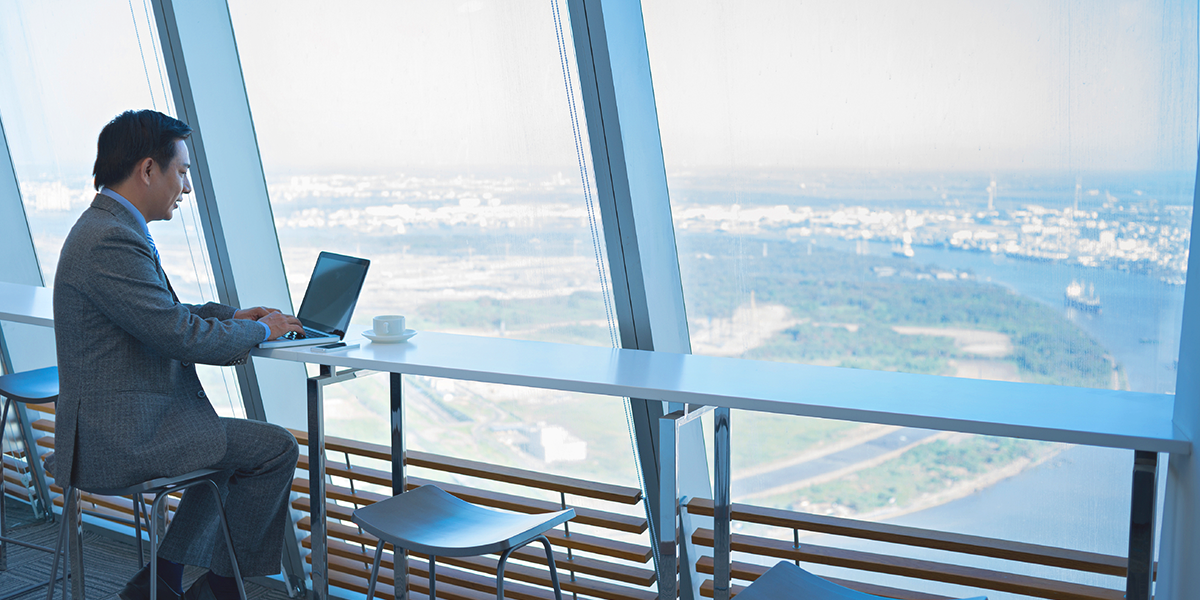 I call myself a renegade entrepreneur because that’s what I’ve always thought of myself as: someone who creates opportunities and oversees projects, but in a different way than others working in traditional jobs do. As I’ve studied and met with other entrepreneurs and small business owners, I’ve learned that this is not an unusual trait among successful people.

Many successful entrepreneurs, if not most, are unconventional thinkers.

I never set out to work in business. I was more drawn to the values of creativity and freedom than to the idea of doing business deals, talking on the phone all the time, and going on sales calls. In fact, I dislike most of those tasks and have tried over the years to create opportunities that automate the sales process as much as possible.

In my 2 ½ years in college, where I earned degrees in Sociology and Psychology, I also took several business courses. I’m sorry to confirm the belief that a lot of entrepreneurs have about studying business in college: what I learned was completely irrelevant to any business decisions I’ve made over the past ten years. I think there are some programs that focus on small businesses and Internet businesses now, but when I went to a small state college in 1995, they didn’t offer anything like that.

Instead, I learned through doing, and through my overwhelming desire to escape the life of full-time drudgery that I saw many of my friends going into.

Among people who work regular jobs, there are a number of misconceptions about those of us who don’t. I don’t blame anyone for the misconceptions, because a lot of them are perpetrated and enforced by people with a vested interest in making money from bad investments by naïve people.

Entrepreneurship is not slaving away to buy a franchise that puts you into debt and creates the possibility that one day, 3-5 years into the future after working harder than you would at a job, the franchise you own will make enough money to support you as much as you could earn at a job. Except you’ll still have to work full-time, and you’ll pay 6-12% of your income to the franchise owner, and you’ll carry all the risk. Hmmmm.

You’d never know from reading the marketing materials from these companies that so many “business owners” were going broke from their investments in the franchise, but it’s true.

Entrepreneurship is not playing the real estate market unless you really know what you are doing. I consider a home with a mortgage to be a liability instead of an asset. I am wary of all forms of debt, and when you are talking about bricks and steel, it doesn’t get more physical than that. I realize this is controversial and practically every other article you see about starting your own business advocates real estate as a primary strategy, but I don’t know enough about the subject to even try, so I don’t.

You would be wise to do the same unless you have a very high risk tolerance and honestly think you can achieve comparably high rewards for your investments. You should also be prepared to spend a lot of time on the same kinds of issues over and over.

What True Entrepreneurship Is

On the other hand, here’s what successful entrepreneurship means for me and many other people:

Entrepreneurship is about creating personal freedom. The vision that many job-working people have of entrepreneurs is often a bit jaded. We get up around 10am, eat a muffin, stroll into the home office at 11, read some emails, go to lunch, take off the afternoon, and so on. My experience has been that some entrepreneurs have created lifestyles like that, but most of us are still working pretty hard most of the time. I do eat a lot of muffins, but I also get up at 5:30 a.m. a lot of days to write and work on my important projects.

However, it is true that the ability to structure your life around your own skills and rhythms is very important, and one of the true benefits for successful entrepreneurs who can balance this well. On a trip back from Asia, I was suffering from jet lag (I am certainly not immune), and after working a normal schedule for two days, all of a sudden I felt really sleepy after lunch one day. I laid down and slept… for six hours.

Yes, I know you aren’t supposed to do that. But after I finally woke up, I felt so much better. I also realized if I had a traditional job, I wouldn’t even be able to take a shorter nap when I was feeling tired. Of course, I probably wouldn’t be able to travel around the world as much either, and that’s another thing I am extremely grateful for.

The potential for economic freedom is also a tremendously important feature of successful entrepreneurship. Most wealth around the world is created by entrepreneurs, and studies show that your best chance of becoming wealthy is to start a business. Even though I believe that you shouldn’t pursue wealth for its own sake, most goals and ideal lives require a certain amount of money. If they don’t require actual money, then they often require you to give up time that would otherwise be spent working. Therefore, economic freedom, especially in the ultimate form of financial independence, is certainly a worthwhile pursuit for anyone.

One of my long-term goals is to build a successful small business that can be sold for $1.2 million dollars. After careful estimating, I’ve decided that this is the amount I need to create true financial independence without needing to work. Of course, I will work because I like to and I believe that I have value to offer (see below). The idea is just that this reserve, which will be conservatively invested and withdrawn at just 4% a year, will create an income stream to cover most basic bills so that I can continue to pursue my passions, life goals, and service to others.

True entrepreneurship involves the creation of processes, not just the creation of work. If you’ve created a project that requires continual inputs from you and relies on your own work to keep all the plates in the air, congratulations! You have just built a job for yourself. Yes, you have built a job, and maybe even a better job than most people have—but it’s a job, not a business.

A business earns money while you sleep and while you are on vacation. A business is an asset that can be bought and sold. A true business is largely independent of its owner, although of course this is a matter of degree and only rarely is 100% independent. Therefore, entrepreneurs pay close attention to the creation of processes that will eventually allow themselves to focus on what they’re best at, or perhaps even leave the operation entirely.

Full Disclosure: I should probably confess that I am terribly inefficient at this. I recognize that it is one of my biggest weaknesses and has held me back from achieving wider rewards in the past. In my defense I can only say that many other small businesses have the same mindset, because we’re all self-taught. Two years ago I started studying the subject of creating processes, and I was fascinated. So that’s how you do it, I remember thinking while reading The E-Myth Revisited and other business books. I’ve made a lot of improvements since then, but I still have a long way to go.

Successful entrepreneurship is about creating or adding value. I read a article in the now-defunct Motto magazine about Richard Tait, the creator of Cranium—you know, the board game company. Richard says that every night before he goes to bed, he reads about 200 customer service emails. “Before I put my head on the pillow,” Richard says, “I like the confirmation that we’re doing good work, that we’re making a difference.”

The business of Cranium is adding value to people’s lives. This is one of the primary motivations of this site—to truly give back and challenge people to nonconformity, whether through inspiration, advice, or even confrontation if necessary. (Some of the best lessons I’ve learned in life has been from people I didn’t usually agree with, and in some cases, didn’t even like. We’ll cover this later.)

I firmly believe that we all have a purpose in life, and every person has value to share with others. When we work against that purpose and fail to define a life that involves caring for others, we are not only withholding good from other people, we are also limiting our own fulfillment and meaning in life. How else could Mother Teresa live a meaningful life while so many rich people are unhappy?