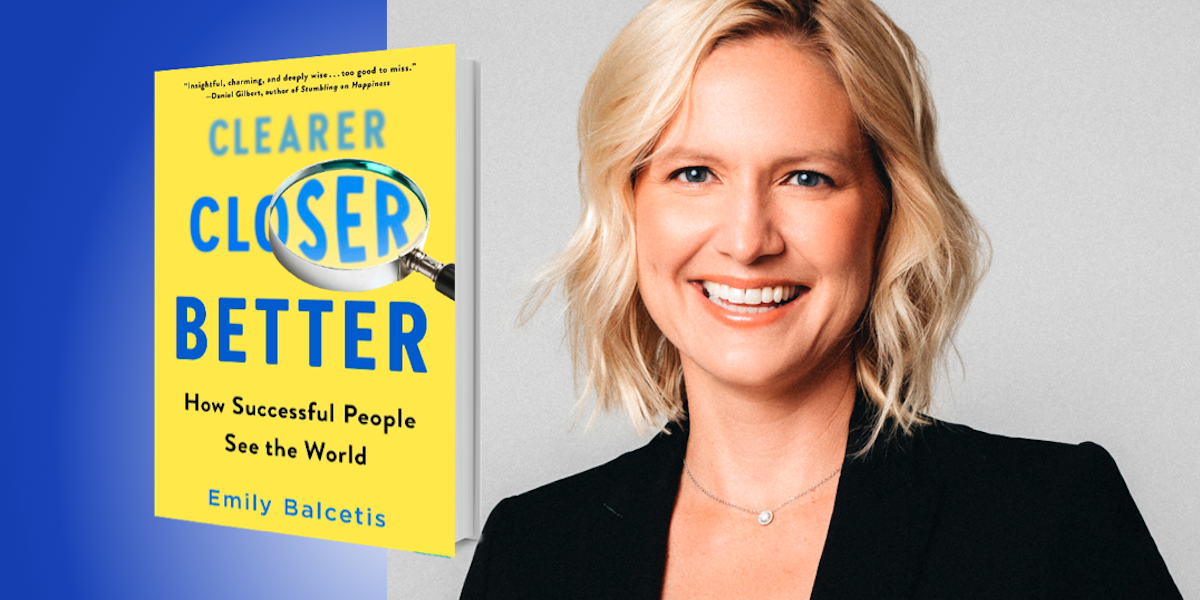 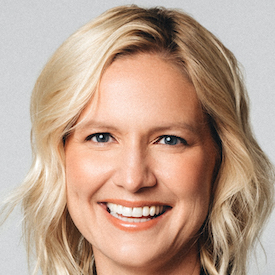 Emily Balcetis, PhD, is an associate professor of psychology at New York University. Her work has been covered by Forbes, Newsweek, Time, National Public Radio, Scientific American, and The Atlantic, and she has lectured at Harvard, Princeton, Yale, and more. Her TEDx New York talk has been viewed by several million people.

Below, Emily shares 5 key insights from her new book, Clearer, Closer, Better: How Successful People See the World. Download the Next Big Idea App to enjoy more audio “Book Bites,” plus Ideas of the Day, ad-free podcast episodes, and more.

When we make something visual, something we can literally see rather than just hold in our mind, we up the odds that we’ll change our behavior. For example, many people design vision boards when they are setting a new, ambitious goal. They collect visual icons reflecting where they want to be in the future, and then hang them somewhere they will see every day. Companies do this too by creating murals behind the main receptionist or designing a mission statement they share with the firm.

2. Become your own accountant.

When pursuing goals, it’s important to accurately monitor our progress. For example, one clinically obese man gradually became an ultramarathon runner by reviewing data he collected on himself. Apps marked how long he ran each day for months before every race, telling him how fast he ran and his average pace. By reviewing his progress, he could take real stock of his ability, and he grew a stronger sense of self-efficacy.

3. Frame up your visual world to spark the right choices.

What we see triggers our actions. Knowing this, we can craft a visual environment that nudges us to make choices that align with our long-term objectives. In one study, for example, people who moved to a new city were better able to sustain their exercise regime if their new neighborhoods had some of the same visual features as their old stomping grounds. In other words, we have the power to change our behavior by first changing what we put in our line of sight.

When planning for a new goal, we have to carve out time to consider the ways we might fail. This is why, for example, flight attendants always tell us where the life preservers are located. If the plane is going down, that is not the time to figure out an action plan—passengers should already know where to find those life jackets. So in advance, craft vivid, tangible images in your mind of all the ways your plan might go wrong. Then devise solutions, so that if disaster does strike, you’ll know exactly what to do.

5. Adopt a mindset of acceptance.

Accepting failure is becoming a part of corporate culture worldwide—after all, discovery requires learning what does not work as much as learning what does. And when a company removes the stigma of flopping, it allows employees and teams not only to fail faster, but also to learn sooner. In fact, research shows that when we allow ourselves to accept that we might make mistakes, our brains register errors faster, allowing us to learn, rebound, and improve faster as well.