The Code Breaker: Jennifer Doudna, Gene Editing, and the Future of the Human Race 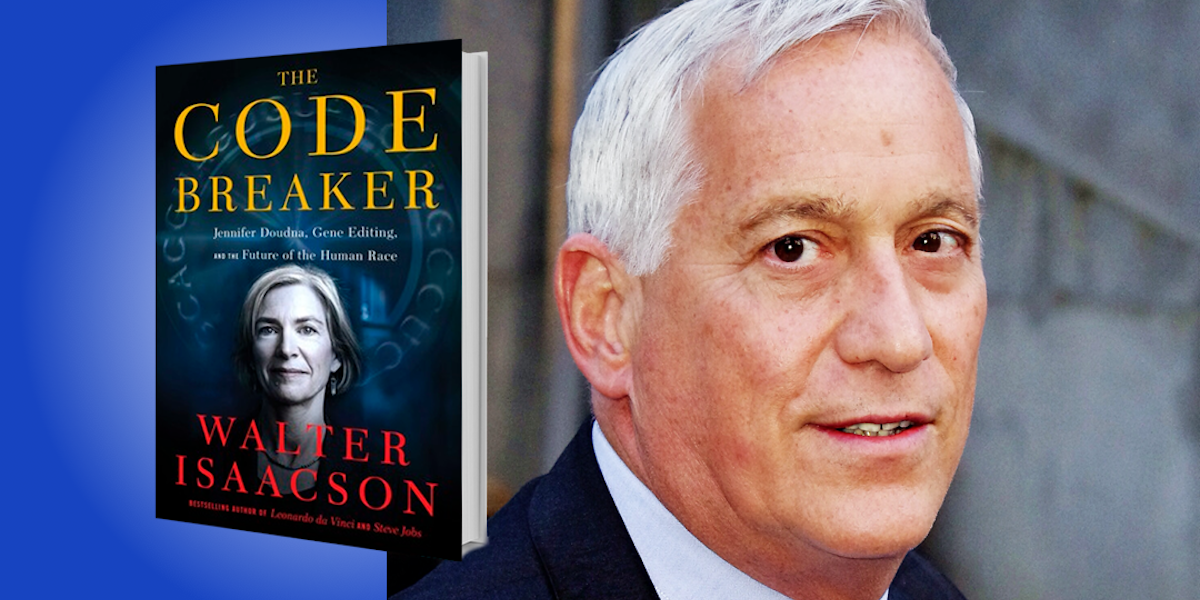 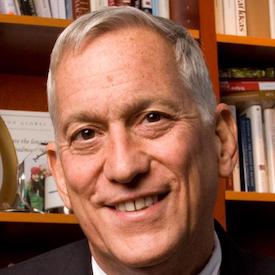 Walter Isaacson is one of the preeminent biographers at work today, having written bestsellers about Steve Jobs, Albert Einstein, Benjamin Franklin, and Leonardo da Vinci. In his latest book, he tells the fascinating story of Jennifer Doudna, a recipient of the 2020 Nobel Prize who helped develop CRISPR. This revolutionary gene-editing technology was not only instrumental in the creation of the COVID-19 vaccines, but also has the potential to change how we fend off new viruses, cure virulent diseases, and have healthier babies.

Below, Walter shares 5 key insights from his new book, The Code Breaker: Jennifer Doudna, Gene Editing, and the Future of the Human Race (available now on Amazon). Download the Next Big Idea App to enjoy more audio “Book Bites,” plus Ideas of the Day, ad-free podcast episodes, and more.

Next Big Idea Club · The Code Breaker: Jennifer Doudna, Gene Editing, and the Future of the Human Race

When Jennifer Doudna was a girl growing up in Hawaii, she was full of questions. Why is the sky blue? Why is the ocean green? What exactly is life anyway? Many of us are like that as kids, until one day some grown-up tells us to “stop asking so many stupid questions!” Most of us take that advice. But the luminaries I’ve written about—from Doudna to da Vinci, Albert Einstein to Steve Jobs—never lost their childlike sense of curiosity and wonder. Even if you don’t have the mental horsepower to conjure CRISPR’s scientific magic or solve the equations of general relativity, you can still embrace your instinct for curiosity. When we ask questions about the seemingly obvious things around us, the results can be as surprising as they are meaningful.

We should follow our curiosity wherever it leads, but once we get there, we should turn what we find into something of value. As Jennifer Doudna and her colleagues like to put it, we should move ideas from bench to bedside—taking isolated facts and adapting them to have real-world consequences. Benjamin Franklin lived by this principle. Frustrated that his curiosity about electricity wasn’t leading him anywhere, he wrote in his notebook, What good is it? He needed to find something useful—so he flew a kite in the rain. The resulting jolt helped him realize that lightning is an electrical spark that you can draw down from the clouds. But don’t worry, you don’t need to shock yourself in a rainstorm to give meaning to your curiosity. All you need to do is ask, “How can I apply this?”

Competition spurs us to do amazing things. In 2012, Jennifer Doudna and her team at UC Berkeley started racing a scientist named Feng Zhang and his team at MIT and Harvard to see who could be the first to use CRISPR to edit human DNA. Their competition led to breakthroughs. Both teams finished their research in January 2013 and filed for dueling patents—patents they’re still battling over. At a certain point, however, you’ve got to shake hands and say, “Listen, let’s quit divvying up the proceeds before we finish robbing the stagecoach.” In other words, “Let’s make a deal here, so that we can make this remarkable discovery something that a lot of people can use.” For Doudna and Zhang, that moment came when the coronavirus pandemic struck. They paused their competition and started working together to figure out how they could use their expertise to detect—and defeat—COVID-19. They didn’t try to beat each other in a patent race; instead, they built on each other’s research. They cooperated.

When Doudna was in school, her guidance counselor told her, “Girls don’t do science.” But Doudna persisted, going on to earn a PhD from Harvard. Barred from the male-dominated club that was sequencing DNA for the Human Genome Project, she decided to partner with two women to study RNA. Over years of study, Doudna and her colleagues came to understand that RNA is a lot more interesting than DNA. Whereas DNA sits in the nucleus of our cells, curating information and never going out or doing much of anything, RNA ventures to the outer regions of our cells and oversees the building of proteins. Doudna realized that RNA could have incredible applications as a messenger in vaccines, or as a guide for gene-editing tools. And her persistence paid off—in October 2020, she and her colleague Emmanuelle Charpentier were awarded the Nobel Prize for Chemistry.

“It’s not enough to have a passion; you have to connect your passion to something bigger than yourself.”

After Doudna cracked the gene-editing code, she had a nightmare. In her dream, a stranger led her into a room and expressed interest in using her technology. That stranger, she quickly realized, was Adolf Hitler. When she woke up, Doudna decided she would spend the next few years of her life gathering scientists from around the world and working with them to create guidelines for when and how we should edit our genes. She realized it wasn’t enough to create powerful technology; she had to address the consequences her creation would have for humanity.

When I asked Steve Jobs at the end of his life how he wanted to be remembered, he said, “Life is like a river, and I used to think your legacy is what you got to take out of the river—all of the things you made and acquired, all the goodies you got, all the things you learned. But now I realize that life is about what you get to put into the river, the ideas that you get to contribute for future generations.”

It’s not enough to have a passion—everyone is passionate about something. You have to connect your passion to something bigger than yourself. That principle guided everybody I’ve written about, from Steve Jobs to Ben Franklin and now to Jennifer Doudna, who has created tools that will make us healthier, make our children safer, and help build a better human race.