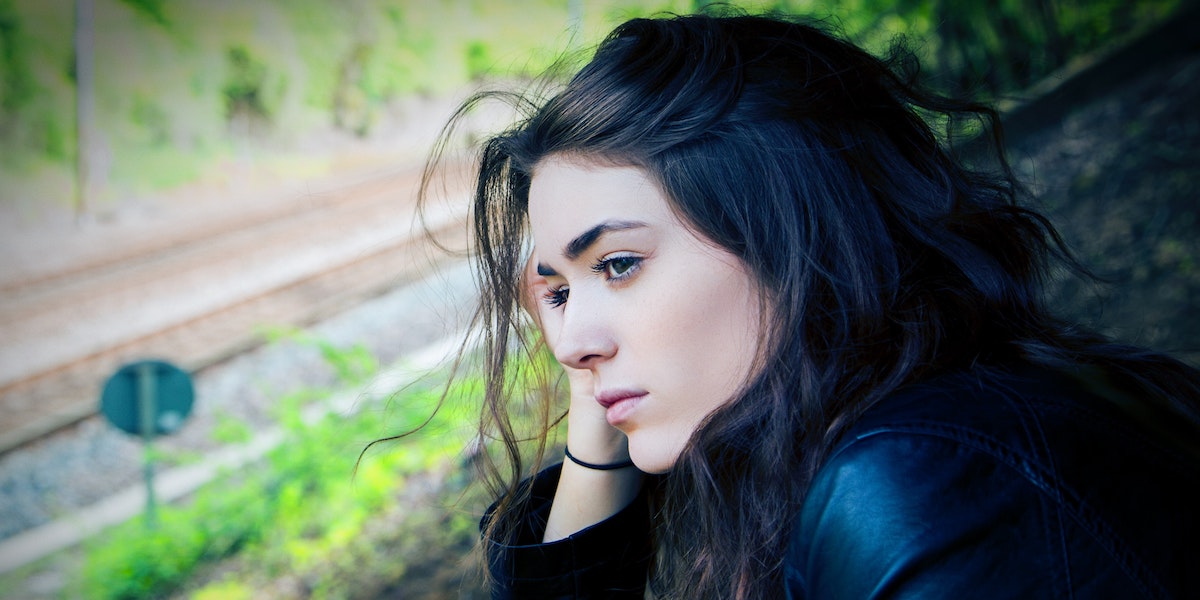 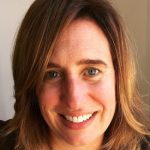 Meredith Skrzypek Arthur, a San Francisco-based writer and video producer, is an early pioneer of “getting people to talk about mental health in a normal way.” Meredith created the website Beautiful Voyager in 2015 for overthinkers, perfectionists, and people pleasers, and edits Invisible Illness, the largest mental health publication on Medium. She joined the Next Big Idea Club’s Editorial Director, Panio Gianopoulos, to discuss strategies for managing anxiety, how your brain is always listening, and other insights about mental health from her new book, Get Out of My Head: Inspiration for Overthinkers in an Anxious World.

This conversation has been lightly edited and condensed. To listen to the full audio version, click the link below.

Panio: What’s wrong with being an overthinker—doesn’t that just make you smart?

Meredith: When I first considered myself an overthinker, I wore it with pride. It almost was synonymous with being smart for me. I think that’s a common path… You’re overthinking if physical symptoms are starting to affect you. It’s the state in which your thinking starts to [negatively] affect your life and your body and the rest of your relationships.

Meredith: Basically, [it’s] how we regulate ourselves in the world. There are lots of different levels on which this works, but at the most basic level, hormones flood your system to anticipate what will be coming next. Our brains are predictive machines. For you to stand up from sitting on the couch, your brain is like, “I’m going to stand up.”

It’s a predictive model and then it starts to flood you with the appropriate endorphins and all these other things to get you ready to stand up. Likewise, our brain creates that same kind of predictive modeling when it comes to emotion. So we may be anticipating based on past experiences that we’re going to feel a certain way, and our bodies are flooded with the appropriate hormones to do that. In the book, I talk about the wave, the flood of hormones that hits you that many people react to in different ways. That’s how thinking affects your body.

“Overthinking is [when] the hormone jolts are going higher than they need to go.”

Panio: Most of the time, it seems this is just a useful strategy for staying alive. You think about what you’re going to do, and your body prepares you for the actions you’re going to participate in. But overthinking is when… what happens? [There are] conflicting actions? I’m trying to understand the mechanics.

Meredith: I love that you’re really breaking it down. So overthinking is an easy way to describe the behavior of spending too much time stuck in your head with this predictive modeling and, as a result, causing a larger cascade of hormones than needs to happen. That could happen for a variety of reasons. For some of us, it’s just physiological, that is genetic. That’s why when we talk about anxiety, there’s so many different things that feed into it. But overthinking is [when] the hormone jolts are going higher than they need to go.

Panio: The other day I was in the supermarket and I was wearing a mask—everybody has to wear a mask right now—and as I was walking around, I realized abruptly that I was grimacing. Nobody could see it because I had a mask covering my face. But I had this crazy grimace on my face.

Meredith: That is such a good example! When people ask for tips, one of the tips I love to give is the half-smile. And the half-smile is you simply turn up the corner of your mouth.

Meredith: [laughs] Yes, like Dr. Evil. He probably was having a great time. Weirdly, this sends a message to your brain that you’re doing well….One thing I’m always telling my 10-year-old daughter is, “Watch out, your brain is listening.” Because your brain is literally taking in information based on all of these different inputs, one of which is your grimace. Your grimace is telling your brain, “He’s not happy right now.” You’ll notice if you do this half-smile, you start to feel better. It’s the craziest thing because you’re like, “Nothing has changed except I’m forcing this smile on my face.” But your brain [thinks], “I guess we’re doing better.”

Panio: [laughs] I love how stupid our brains are. It reminds me of our dogs, when they’ll wait at the front door, so I’ll sneak out the back door, and then they come around just as it’s too late.

Meredith: I think of that a lot with dogs too, when I watch their very basic reactions to things. Be it the Pavlovian drizzle of spit while waiting for food or just, “This is the time of day where I go for a walk,” we are not that far removed from that. We still have these trigger behaviors where we respond, which is why building habits, which I know you have talked about it in depth with many people, is just changing some of those trigger behaviors to function differently.

Panio: It is remarkable how we can back away enough to re-engineer our behavior.

Meredith: Absolutely. If I put my running shoes near my keys at the front door and every day I grab the keys, I know to put on my running shoes. Just these little hooks.

Panio: Yeah, the habit stacking and the little cues. Wendy Wood has all these great ones. And Charles Duhigg, in The Power of Habit, with the classic [strategy] of [placing] shoes by the door.

Although I have a thing where every night before I get into bed, I think, “Tomorrow’s the day I’m going to run… I’ll get up, l’ll feed the dogs, and then I’ll go for a run.” And I’ll take out my shoes and my [gym] clothes, I’ll put them right next to the dresser. Then I wake up in the morning, and my first thought is, “Good God, I am not going for a run right now.”

And I think this is true about anxiety too. You have to learn how to ratchet down goals radically. Just this morning in the Beautiful Voyager Slack Channel, that’s this community I created of overthinking, somebody wrote, “I’m overwhelming myself because my uncle is a bestselling author and I tell myself that if I write, I have to be bestselling.” And I’m like, “No, let’s just ratchet it way down. Try writing a page. Try finding one reader.”

Panio: Also that’s something that you can’t even affect. That’s a goal that you have no control over. At least running, you could do. But public acclaim is not a goal. It’s an outcome that happens sometimes—rarely, but it happens.

Panio: Thank you for lowering my expectations, I appreciate that. Just vastly dropping my ambitions.

“You have to learn how to ratchet down goals radically.”

Let’s talk about some of the strategies you share. One I really liked was the 4-7-8 breathing exercise.

Meredith: I love how simple it is, if you can just remember the numbers 4-7-8. That came from Andrew Weil, and was shared by A Beautiful Voyager. The idea is you breathe in for four, hold to the count of seven, and release to the count of eight. Even if your counting is a little different than someone else’s, it’s the ratio that matters.

I’ve done a bunch of research into the science of this, and it’s interesting. Those of us with anxiety have a harder time keeping carbon dioxide in our bodies. You may notice that the exhale is difficult for you, and that’s something to work towards. The more you build up your ability to exhale slowly, you’re sending messages to your parasympathetic nervous system to strengthen it, to help you be more balanced and be more relaxed.

Panio: Another strategy, and I’ve seen this in different places, is talking to yourself.

Meredith: It’s like forcing yourself to smile. It’s so awkward. We already have a monologue inside of our brains, so why isn’t that doing it? Why can’t you think to yourself, “You’re going to rock this, Meredith”? Why can’t you just think those words? But there is a lot of evidence out there that externalizing speaking to yourself does impact differently, and that’s again because your brain is listening to you and taking in messages.

Panio: I wonder why we have to talk out loud for it to work. Does that trick your brain into thinking somebody else is saying it?

Meredith: This is still something that’s being dug into. I assume that within the next 10 years, we will understand more about why this is working this way.

Panio: I have to say, the line between bio-hacking and new age-y woo-woo is very, very fine to me. A lot of the time, I’ll hear stuff and think, “That just sounds like garbage.” And then other times I’ll hear something and think, “That sounds really cool and innovative.”

Meredith: I agree with you… and I can’t say that I do this one a ton, let’s just be honest about that. It’s not like I go around talking to myself. However, when there’s a really stressful moment, a really big presentation or interview, and I’m desperate, I do it. Usually with music, and I’ll meditate and say something aloud, and that’s how I get ready.

Meredith: That’s exactly right. It’s a series of experiments to try. Throw away as many as do not work for you, but know that there is more stuff to try. Don’t give up. Just keep trying different things. 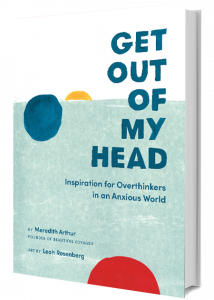