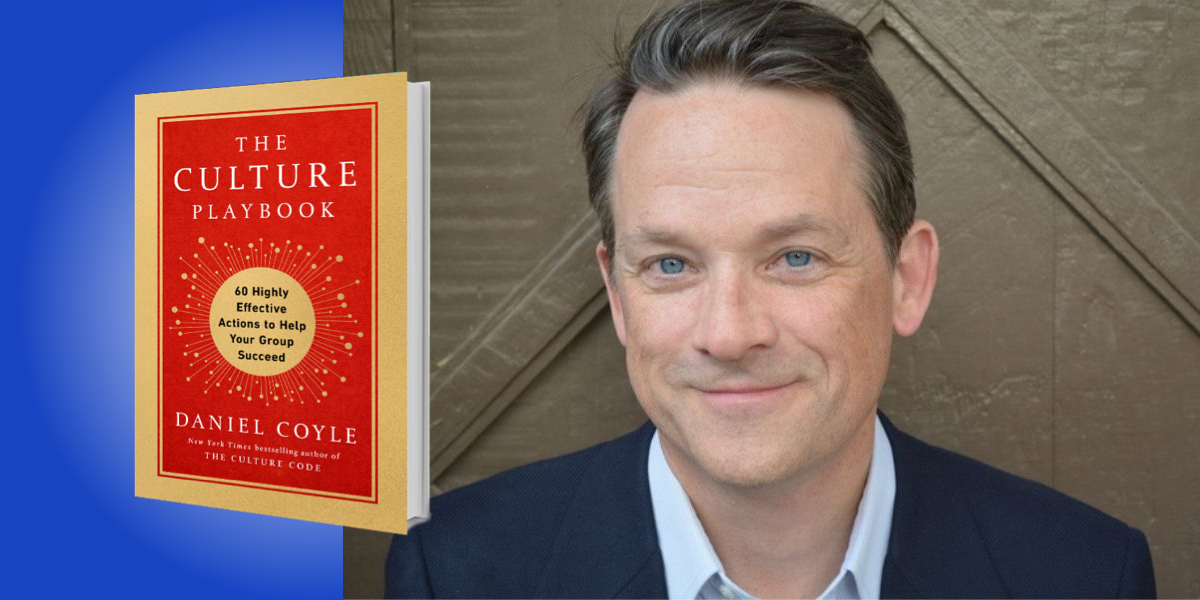 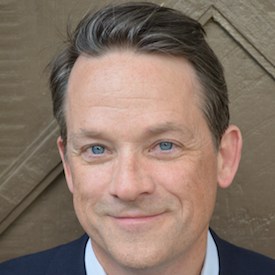 Daniel Coyle is the New York Times bestselling author of The Culture Code, which was named Best Business Book of the Year by Bloomberg, BookPal, and Business Insider. His other books include The Talent Code, The Secret Race, The Little Book of Talent, and Hardball: A Season in the Projects, which was made into a movie starring Keanu Reeves. Coyle spent the past seven years studying and visiting top-performing group cultures—like Pixar, San Antonio Spurs, IDEO, and military special-operations units—and collecting their best culture-building methods. He is also a contributing editor for Outside magazine.

Below, Daniel shares 5 key insights from his new book, The Culture Playbook: 60 Highly Effective Actions to Help Your Group Succeed. Listen to the audio version—read by Daniel himself—in the Next Big Idea App.

Think about the best, most cohesive group you’ve ever been a part of. Maybe it was through sports, with family, or at work. As a part of that group, you felt that signature sense of energy, selflessness, and possibility; we call this “group chemistry,” because it feels like magic. But it’s not magic—it’s psychological safety, and it happens through behaviors called belonging cues. A belonging cue is a short, simple, warm behavior that says, “I see you. I care. You have a voice here. We share a future.” Strong cultures send belonging cues like crazy.

One of my favorite examples is San Antonio Spurs coach Gregg Popovich. At the end of every NBA season, Coach Pop meets with each player and does something surprising: he thanks them for allowing him to coach them. Those are his words: “Thank you for allowing me to coach you.” By all logic, this makes zero sense. Both coach and player are paid extremely well, but Pop is affirming a deeper truth: you matter. Amplifying warmth doesn’t just feel nice—it builds the foundation of safe connection on which everything else is built.

My favorite culture test of all time is the Spaghetti Tower Contest. Four-person groups compete to build the tallest tower out of 20 pieces of raw spaghetti, a yard of scotch tape, and a single standard-size marshmallow. The only rule is that the marshmallow has to go on top. Some of the groups are made up of CEOs, lawyers, or MBA students—while some are made up of kindergartners.

“The four most important words a leader can say are, ‘I screwed that up.’”

You might have already guessed who performs best. The kindergartners win every time. It’s not even close. Why? Because adult brains do what every adult brain does when put in a group: we instinctively protect status, take fewer risks, and don’t speak up—we hide our fallibility.

The kindergartners win because they don’t care who’s the president of Spaghetti Inc. They win, not because they’re smarter, but because they are willing to be fallible together. What better way to build something than by pitching in, making mistakes, and fixing them together? Fallibility connects people. As Navy SEALs commander Dave Cooper puts it, the four most important words a leader can say are, “I screwed that up.” These words give everybody permission to be vulnerable, share fallibility, and get better together.

You might think that great cultures would avoid using corny mantras, but you’d be wrong—they all do. It’s not about the mantra, but about how the mantra helps navigate toward true north.

Some of you might remember the 1982 Tylenol poisonings, when a madman put poison in bottles of Extra Strength Tylenol, and eight people in Chicago died. What you might not remember is how Johnson & Johnson responded: instantly, cohesively, and so effectively that it remains the gold standard of crisis response.

“Corny mantras are GPS beacons for the group. They aren’t corny—they’re genius.”

It turns out that for the four previous years, an executive named James Burke created an all-company conversation around a simple question: what comes first? A lot of things could have come first (stock price, R&D) but they decided as a group that the health of the user of their products comes first. They carved it in granite at company headquarters, and called it The Credo. As a result, when the poisonings happened, they didn’t have to hold a meeting or send a memo. They knew where true north was, and could self-organize to get there. Corny mantras are GPS beacons for the group. They aren’t corny—they’re genius.

Shallow fun happens during activities where fun is the goal, like ping-pong, foosball, or happy hours. Shallow fun is great, but it’s a sugar high—it wears off without leading to deeper relationships. Deep fun, on the other hand, happens when groups seek activities that improve group life—that boost some element of the shared experience.

We see a great example of deep fun with a small company in Michigan that decided to track down the best coffee on the planet for their office. They put together a team to find the best bean, best roaster, and best machine, and bring it back for the group to enjoy. We also see it in the United States Women’s National Soccer Team. For big matches, they design their own cleats. They choose names of their heroes—Malala, RBG, Serena—to go on the back of their jerseys instead of their own names. And not coincidentally, they work together to achieve pay equality.

“Groups that invest in deep fun practices achieve four times higher profits than those that don’t.”

One study by Jacob Morgan found that groups that invest in deep fun practices achieve four times higher profits than those that don’t. Because deep fun isn’t really about the fun—it’s about the bond that happens when you take ownership.

If the lesson of the last two years could be distilled into two words, they would be things change. Hybrid work, social justice, shifting norms and values around work—they all add up to pose the same question to every group: how do you navigate change? How do you, on the fly, change the way you work? The answer is to experiment, experiment, and then experiment some more. Building culture is not like putting together Legos; you don’t just complete a set of steps and expect results. You have to play and probe, amplify small wins, and see what works in your context.

Pixar did this in a key moment in their history after they hit a roadblock with their second feature film. In desperation, they put together a group of filmmakers they called the Brain Trust. Together they were able to elevate the film to what became the Pixar standard. Basically, they acted like the kindergartners building the spaghetti tower, because they got shoulder to shoulder around a problem, tried stuff, and saw what worked.

In the end, your group’s culture is not about who you are—it’s about the actions you take together, starting now.

To listen to the audio version read by author Daniel Coyle, download the Next Big Idea App today: