Three Simple Tricks To Selling Anything 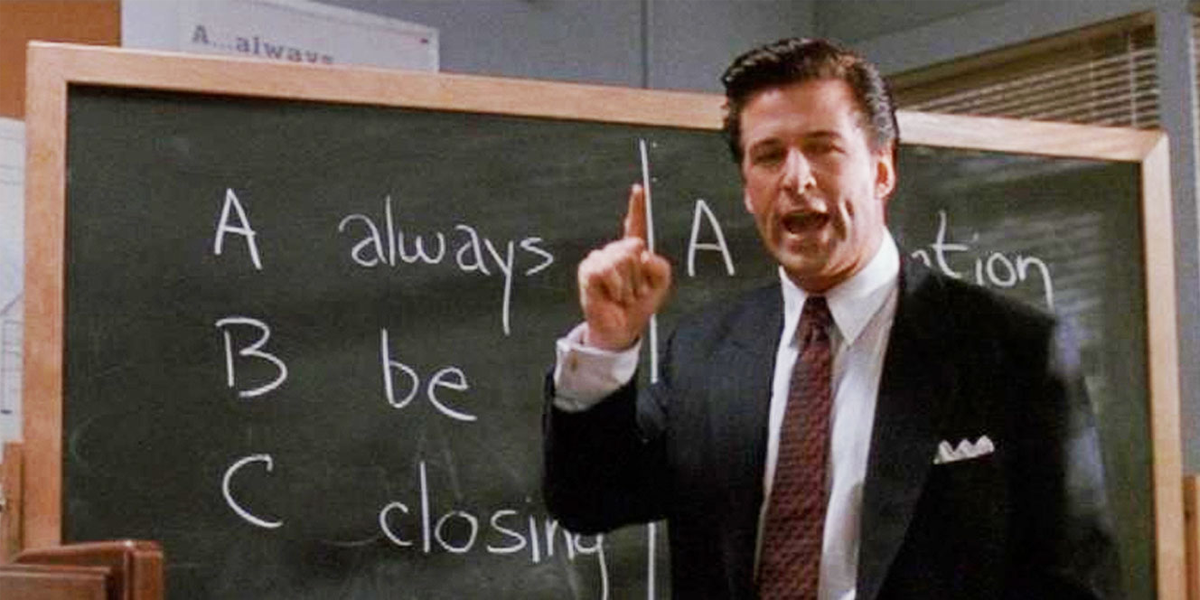 One of the epic scenes (NSFW) in the cinema of sales occurs early in the movie, Glengarry Glen Ross. A young Alec Baldwin plays Blake, a cold-blooded predator in a finely-tailored suit, who visits the sad sack real estate salesmen of Mitch and Murray to school them on the realities of selling.

“Always be closing” is a cornerstone of the sales cathedral. Its simplicity makes it understandable; its alphabetically makes it memorable. But these days this advice is outdated. When buyers have many options, lots of information, and the means to talk back, the steamroller approach is a relic.

That’s why To Sell is Human introduces the new ABC’s:

These three qualities are now essential whether you’re trying to move a prospect to buy a computer system or your daughter to do her homework.

Attunement is the capacity to take another’s perspective, to understand their interests, and to see the world from their point of view. Buoyancy is the capacity to stay afloat on what one salesman calls an “ocean of rejection.” Clarity is the capacity to make sense of murky situations, to curate information rather than merely access it, and to move from solving existing problems to finding hidden ones.

To Sell is Human reviews the science of why these qualities are so effective. But it also includes an array of tools, tips, and exercise to help you hone your abilities.

Here are three exercises to make you a better salesman than Alec Baldwin:

1. PULL UP A CHAIR (ATTUNEMENT) 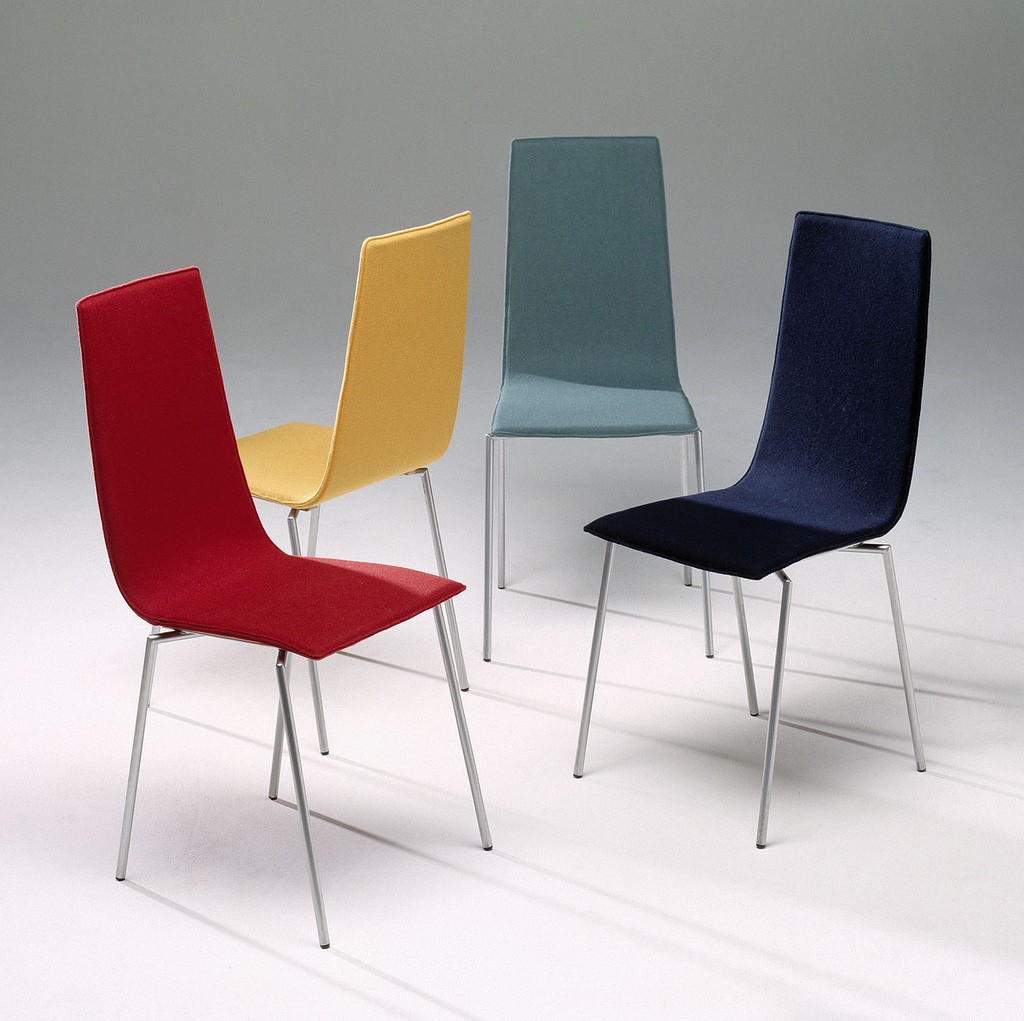 Jeff Bezos, the founder of Amazon.com, has accomplished a great deal in his 48 years. He’s reshaped the retail business. He’s become one of the 30 wealthiest people on the planet. And, with far less fanfare, he’s come up with one of the best attunement practices I’ve encountered.

Amazon, like most organizations, has lots of meetings. But at the important ones, alongside the chairs in which his executives, marketing mavens, and software jockeys take their places, Bezos includes one more chair that remains empty. It’s there to remind those assembled who’s really the most important person in the room: the customer.

The empty chair has become legendary in Amazon’s Seattle headquarters. Seeing it encourages meeting attendees to take the perspective of that invisible but essential person. What’s going through her mind? What are her desires and concerns? What would she think of the ideas we’re putting forward?

Try this in your own world. If you’re crafting a presentation, the empty chair can represent the audience and its interests. If you’re gathering material for a sales call, it can help generate possible objections and questions the other party might raise. If you’re preparing a lesson plan, an empty chair can remind you to see things from your students’ perspective.

Attuning yourself to others – exiting your own perspective and entering theirs – is essential to moving others. One smart, easy, and effective way to get inside people’s heads is to climb into their chairs.

2. SEND YOURSELF A REJECTION LETTER (BUOYANCY)

Even in an age of text messages and twitpics, rejection still often arrives in the form of a sheet of letterhead folded into a paper envelope. Nobody likes receiving rejection letters. But one way to reduce their sting, and perhaps even avoid one altogether, is to pre-empt the rejector by writing the letter yourself.

Say you’re interviewing for a new job or trying to raise money from an investor. Take an hour and write yourself a letter from the person you’re trying to move explaining why his answer is “Thanks, but no thanks.” List the reasons he’s turning you down. And, of course, include the irritating phrases — “After careful consideration . . .,” “We regret to inform you . . . ,” “We had many qualified applicants . . .,” and so on — that are standard for this genre.

When you read your letter, you’ll probably laugh. Once the rejection is in writing, its consequences can seem far less dire. More important, by articulating the reasons for turning you down, the letter might reveal soft spots in what you’re presenting, which you can then work to strengthen.

And if you’re too lazy to write the letter yourself, visit the Rejection Generator Project. Just choose your favored style of repudiation, type in your email, and in minutes you’ll receive a dream-destroyer in your inbox. We regret to inform you that the site is designed for writers trying to sell manuscripts to publishers — but its results can apply to anyone, even you. We wish you well in your future endeavors.

3. FIND THE ONE PERCENT (CLARITY) 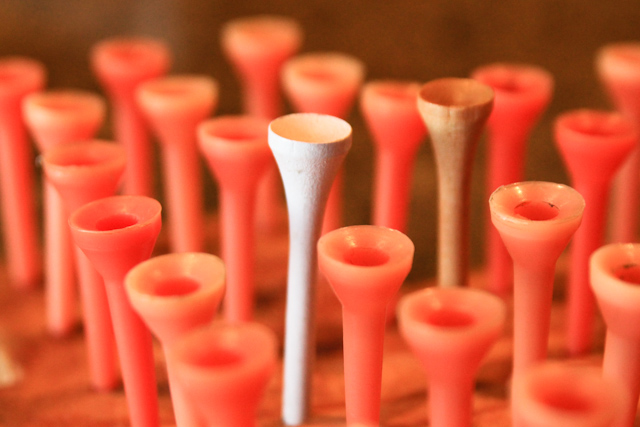 Flickr/Steven Depolo
A long time ago, when I was in law school, I took a course called International Business Transactions taught by a professor named Harold Hongju Koh. I don’t remember much about the particulars of what we learned in class that semester – a few things about letters of credit, I think, and some stuff about the Foreign Corrupt Practices Act. But I’ve never forgotten something else Professor Koh told our class one spring afternoon.

He said that when trying to understand the law – or, for that matter, just about anything – the key was to focus on what he called the “one percent.” Don’t get lost in the crabgrass of details, he urged us. Instead, think about the essence of what you’re exploring – the one percent that gives life to the other ninety-nine. Understanding that one percent, and being able to explain it to others, is the hallmark of strong minds and good attorneys.