Dark and Magical Places: The Neuroscience of Navigation 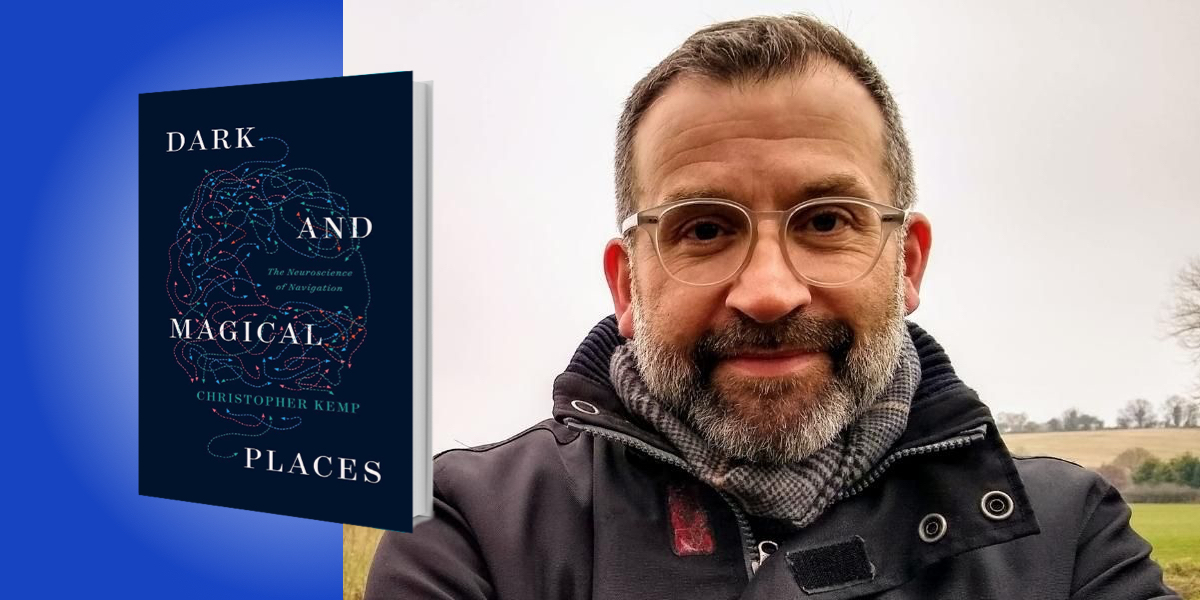 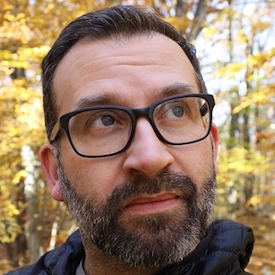 Christopher Kemp is a molecular biologist and science writer. He specializes in neurodegenerative diseases at Michigan State University. His other books, Floating Gold and The Lost Species, demonstrate a fascination with odd, lesser-known nuggets of science history.

Below, Christopher shares 5 key insights from his new book, Dark and Magical Places: The Neuroscience of Navigation. Listen to the audio version—read by Christopher himself—in the Next Big Idea App.

1. Navigation is one of the most complicated cognitive tasks we perform on a regular basis.

It’s incredibly complex. In fact, it’s not even really one task—it’s several quite different, but interrelated, tasks. To navigate, you have to determine where you are in the first place, and decide where you want to be. Then you have to understand how to get there, and track your progress along the way.

This process requires many different brain regions to work together seamlessly. There are specialized brain cells that track our head direction and speed. There are border cells that only fire when we’re close to a boundary, like a wall. Neurons known as place cells fire in a precise way that tells us exactly what location we’re in. There are brain regions that respond to permanent landmarks, and others that activate when we plan a route through an environment.

Together, these cells and brain regions help form a cognitive map—an inner mental map that represents space. This is how we navigate.

2. The range of spatial ability is very wide across individuals.

Some people, like my wife, seem almost supernaturally good at it. Other people, like me, are terrible. Standard testing of other cognitive domains like memory, attention, or executive function shows a range of abilities too, with some people scoring much higher than others, but it’s nothing like the range scientists see for spatial ability.

A few years ago, University College London researcher Hugo Spiers was the first scientist to successfully test the spatial abilities of lots of people at once. He developed an app for smartphones, called Sea Hero Quest, that looks like a standard mobile game, but it gives Spiers the spatial ability data of anyone who plays it—and that’s millions of people. Players steer a boat around islands in a watery environment. There are players in the United States, across Africa, in Siberia, on the sides of mountains, in deserts, cities, and tiny islands in Micronesia. There are players in every country on the planet.

“Standard testing of other cognitive domains like memory, attention, or executive function shows a range of abilities . . . but it’s nothing like the range scientists see for spatial ability.”

Spiers can look at individual differences—for instance, he sees that older people are worse at navigating than younger people. Perhaps that’s not surprising, but Spiers had expected a sudden drop-off in abilities at age 65; instead, the decline spans all age groups, from age 20 onward. Today, my spatial skills are worse than they were yesterday. Tomorrow, they’ll be worse again.

Spatial ability is closely correlated with factors like economic wealth, too. If you’re from a country with a higher GDP, your spatial skills are typically more developed than if you’re from a country with a lower GDP. If you grew up in a predictable grid-like city—like New York or Chicago—you’re much worse at navigating than someone who is raised in a less predictable or more entropic city, like Prague with its winding medieval streets.

If you live in a country with less gender equity, like Saudi Arabia or Pakistan, and you’re a woman, you’re much worse at navigating than your male counterparts. You haven’t been given the opportunities to build your cognitive maps or learn how to use them. So, freedom determines whether or not you’re a good navigator. For players in more gender-equal countries, like Sweden and Denmark, there’s no difference in spatial skills between men and women.

3. Place cells are an incredibly powerful and mysterious part of the navigation system.

John O’Keefe discovered place cells in the early 1970s, and was awarded the Nobel Prize in 2014 for his work. Place cells are found in a brain region called the hippocampus, and they fire to represent location. O’Keefe hadn’t been looking for place cells at all—he was interested in memory. He’d implanted a recording electrode in the brain of a rat, which allowed him to monitor the activity of individual brain cells. O’Keefe realized that he was monitoring a cell that only fired when the rat was in a particular location. This was revolutionary.

“Our place cells map out our entire universe—in fact, they can even represent imaginary places, like Hogwarts.”

They’re suffering from a condition known as developmental topographical disorientation (DTD), first described by Giuseppe Iaria at the University of British Columbia. Iaria estimates that as many as 1 or 2 percent of people could have DTD. People with severe DTD are lost in their own homes—but it’s not the result of a brain injury, or pathophysiology. If someone with DTD has their brain scanned, there’s nothing unusual about it. They’re just born that way. They get lost on their way to work; they can’t draw an accurate floor-plan of their homes. They just don’t form the cognitive maps that most people rely on.

By monitoring brain activity while subjects are in an fMRI scanner, Iaria and other researchers have shown that in people with DTD, the different brain regions used to form a cognitive map don’t communicate with each other as well as they do in normal control subjects.

Iaria has shown that DTD is largely hereditary. It’s genetic and, therefore, aggregates in certain families. In his familial studies, every subject who has the condition has at least one parent who also struggles profoundly to navigate and form cognitive maps. Some of Iaria’s current work addresses whether people with DTD can become better navigators with training.

My smartphone allows me to travel to places that my spatial anxieties and shortcomings prevented me from going to. But generally speaking, overreliance on GPS is becoming a huge problem. It has actually begun to change the way we perceive space.

In a 2020 study, Harvard researcher Louisa Dahmani decided to measure the effect that long-term GPS use has on spatial memory. She sees that subjects who have relied the most on GPS have begun to use navigation strategies that mimic their GPS: they ignore the physical layout of their environment and the positions of various landmarks, and instead learn a series of directions to their target. “Turn left, turn right, continue for a mile, turn left”—but that’s not the same as navigating, because they’re not building informative cognitive maps.

When Dahmani asked subjects in a virtual world to draw a bird’s eye view of the environment they were navigating, she saw that subjects who had used GPS the most drew maps with fewer landmarks, because GPS maps show us fewer landmarks. The subjects had become trained to notice fewer landmarks in the real world.

Every year, more people die of a phenomenon known as “death by GPS.” They willingly and mindlessly follow bad directions that take them over unfinished bridges, or straight into the ocean, or along remote service roads that leave them stranded in the mountains in a snowstorm. Researchers are trying to limit the negative impact of GPS on our spatial abilities. They might succeed, but it might already be too late.

To listen to the audio version read by author Christopher Kemp, download the Next Big Idea App today: