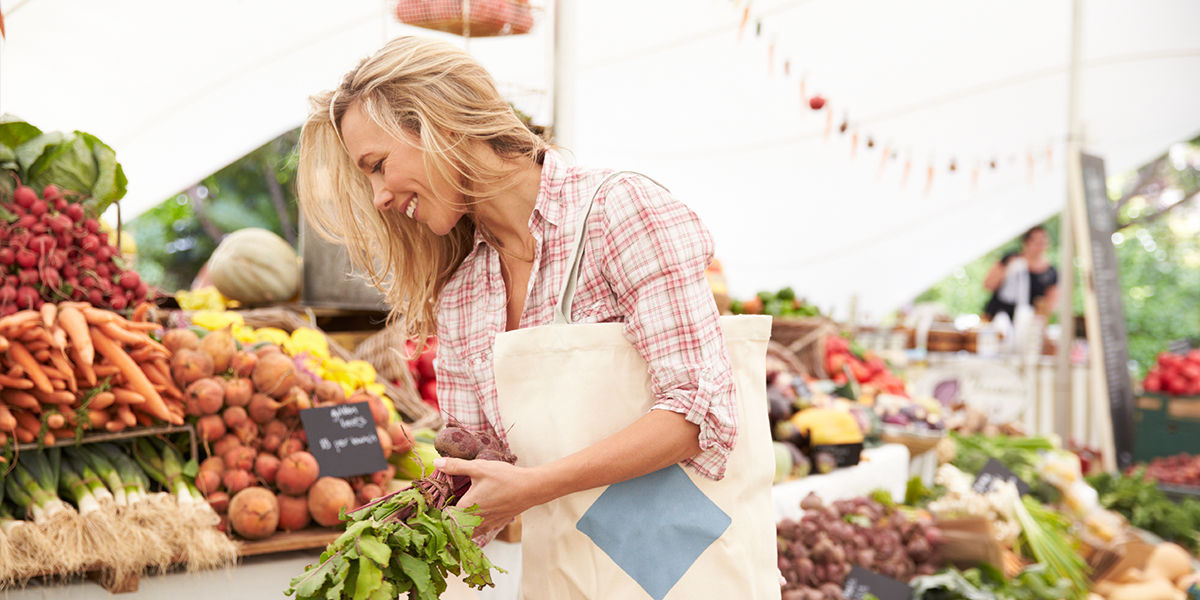 Moving to an entirely new city is the ultimate test in building habits. If you had asked me in San Francisco what the core Home Court Habits are that keep me healthy, I would have smiled smugly and cited eating breakfast, cooking, working out, walking my dog, and meditation. I got this healthstyle thing down, ya know?

But those are just the surface level, obvious habits that give me the results I want. What’s easy to forget is that there are also several Supporting Habits that are necessary for my Home Court Habits to remain functional. For example, it’s really hard to cook dinner at night if you don’t have any food in your fridge or pantry.

If you’re struggling to form a new habit, it can be helpful to take a closer look at the actions surrounding that habit. Pay attention to the exact moment you decide to not take the action you had intended and ask what you could have done earlier to make your new habit easier. Sometimes a simple new Supporting Habit can be the secret to creating a successful new Home Court Habit.

Here are some essential Supporting Habits that often get neglected, but keep in mind that everyone has different needs and resources so you have to figure out yours yourself.

It may seem obvious, but you aren’t going to cook at home if you don’t have anything to make. This is why efficient grocery shopping is one of the first things you learn in Foodist Kitchen.

Getting groceries is a huge pain point for many people, and so they tend to avoid it. But sometimes to build the habit all you need to do is shift your schedule slightly so you can go when it’s less crowded, or find a new store that offers a more pleasant experience.

Since grocery shopping is essential for you to be a healthy person, it’s worth investing some effort into making sure it’s something you will actually do.

If you ever feel too tired at the end of the day to cook dinner or get some exercise, there’s an excellent chance you aren’t getting enough sleep. Sleep is one of those habits that affects your energy levels, so having solid sleeping habits that ensure you get at least 7-8 hours per night is essential.

Do you find it difficult to shut down at night? Maybe you need to build stronger habits around sleep hygiene, like turning off screens after 9pm and leaving yourself some time to unwind before bed.

There’s certainly something you can do to get to bed earlier. Figure out what that is and do it.

Not keeping a stocked pantry

While keeping a stocked pantry is related to grocery shopping, it serves a slightly different purpose so it’s worth mentioning separately. If you have a pantry full of soup stocks, dried grains, beans and lentils, canned tomatoes, dried herbs, coconut milk, tuna and sardines, and even pasta, there is way less pressure on you to have a perfectly full fridge.

Why is this important? Because you have one less excuse to give in and order take out.

If the only fresh item you have is an onion, a stocked pantry is enough to get dinner on the table. Chances are though that you also have a zucchini, an aging crown of broccoli and a few eggs. It doesn’t take much to turn those things into a delicious meal.

Extend this logic to your freezer and keep a supply of frozen veggies and meat, and it’s even easier.

When people ask me what is the single most important thing for being healthier I say, “Eat more vegetables.” Cooking is actually a Supporting Habit to make eating Real Food easier.

Usually this is when people decide I’m crazy and tune out my advice. The reason? Most people have only ever tasted mushy, flavorless, out of season vegetables that even Thomas Keller couldn’t save.

This was my experience growing up in the suburbs of Southern California. Vegetables, and most fruits, were pretty gross and all around uninspiring. I now know that this is because they were out of season and grown on industrial farms that optimize for appearance and transportability, not taste.

Discovering seasonal vegetables literally changed my life. It got me to start cooking, helped me stop dieting, and inspired me to start a website called Summer Tomato.

Now that I’m in New York it’s a lot harder to find delicious veggies than it was in SF, but I’m doing it. Because without them I don’t want to cook and the pizza around the corner is amazing. That’s a bad combo. It’s worth spending extra time and money to find good produce if you want to have any chance of actually eating it.

It’s not easy to admit, but how many times have you decided not to cook just because the kitchen was a mess? For me it’s more than I can count, and certainly more than I care to think about.

Mustering up the desire to cook after a long day is hard enough without having another huge, unpleasant task in front of you that needs to be taken care of first. And chances are nobody in your household is any more excited to do it than you are.

If you aren’t careful, a messy kitchen can become the unconscious reason for days and days of unhealthy food choices.

That means that cleaning the kitchen is one of those things that you need to make yourself (or someone) do before it’s time to cook again. For me this has meant learning to clean as I cook, so that by the time the meal is over there are only a few remaining dishes to clear and the task isn’t so daunting. It gets done the same night, and the next day I’m rested and ready to start again.

The mantra “eat less and move more” is touted as the end-all-be-all for getting healthy and losing weight. I believed it for years, because after all a calorie is a calorie, right?

It doesn’t matter, because it doesn’t work.

While both exercise and good food choices are important for being healthy, they aren’t individual choices that you can simply decide to act on. There are dozens of subconscious reasons you have for making the food choices you do (see the five points above). One we haven’t mentioned yet is being really hungry, which is what happens when your body needs fuel.

The most shocking experience I had after running my first marathon was the fact that it caused me to gain 5 lbs. Why? Because I was running 30-40 miles per week and was always hungry. I would eat massive portions of calorie-dense food just to feel satiated. I was in pretty good shape, but not nearly as healthy as I am now.

Unless you’re training to compete at a serious level, there’s no good reason to push yourself to the extremes in exercise. Being active (not sedentary) is enough for good health. And if you’re doing it for pleasure instead of punishment, you won’t use it as an excuse to “reward” yourself with a super burrito.