If the “Biggest Loser” Contestants Can’t Keep It Off, Can Anyone? 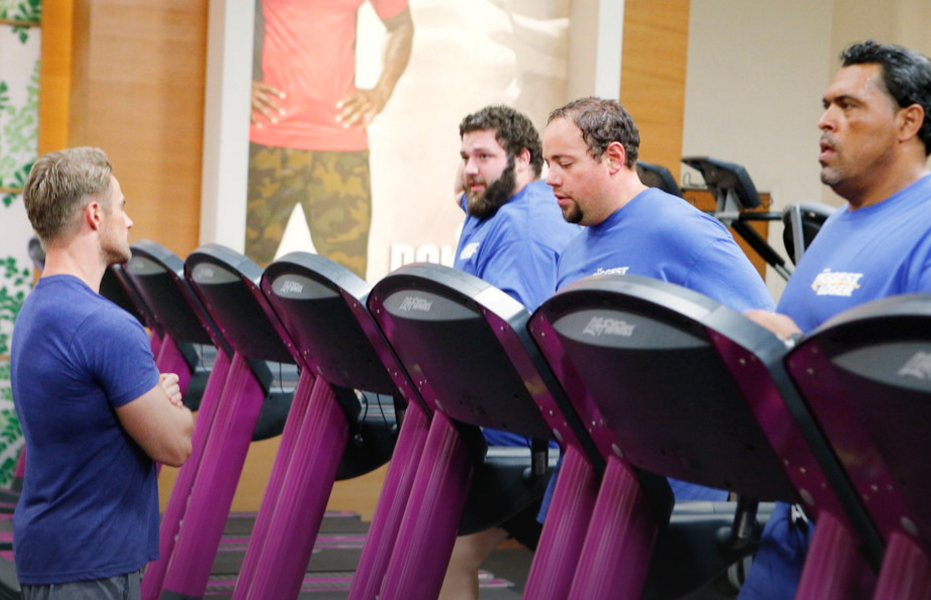 Instead of our regularly scheduled Friday link love, today I’m going to discuss just one story that made a huge splash in the weight loss community.

On Monday the New York Times published an article titled “After ‘The Biggest Loser,’ Their Bodies Fought to Regain Weight” and about a million of you sent it to me asking for my opinion.

The new study (you can read the real thing here) is very interesting and also a little frustrating. In case you live on Mars, ‘The Biggest Loser’ is a reality TV show that takes a group of people with Class III obesity and subjects them to extreme exercise and caloric restriction, with the result of rapid and dramatic weight loss often close to 50% of body weight.

I’ve never been a fan. Not only does the show double down on the torturous methods of weight loss perpetuated by the dieting industry, but (as expected) virtually everyone who participates in the show gains the majority of the weight back.

I doubt many of us can fathom how devastating this must be to the contestants psychologically––to go through months of hell and achieve what seems like an impossible level of “success,” then have those hard earned victories evaporate over the following years, all under the public eye. It’s amazing to me that this level of cruelty is even legal in the US. There’s probably a joke about The Hunger Games in there somewhere, but I don’t have the heart to make it.

Thanks to this latest research, however, we now have a pretty clear understanding of how physically devastating it is to participate in ‘The Biggest Loser.’

I’ll start by applauding the scientists for actually taking a long-term view of health and weight control. There’s an unspoken assumption behind the show’s philosophy that if you’re able to lose 100+ lbs (by any means) that your life will permanently be changed for the better. That if dietitians and personal trainers can force you to lose the weight this one time, then the hard part will be over and it’s all just clear sailing. Once you’ve made it this far you’ll never go back to how it was before.

Obesity researchers are more skeptical. Maintaining dramatic weight loss is notoriously difficult, with the majority of people gaining all the lost weight back within a few years. One of the many theories about why this is the case is that weight loss causes your metabolism to “slow.” Indeed, the rate at which your body uses energy is typically proportional to body size, meaning that smaller people burn fewer calories than larger people. As a person goes from larger to smaller then you would expect fewer calories are needed to maintain weight.

In the new study researchers measured the Resting Metabolic Rate (the number of calories your body uses when not moving) before the show, after the 30 week show, and six years later. RMR dropped for all of the contestants over the course of the show as they lost weight, although nearly 300 calories more than would be predicted for their new body size. Even more surprising was that the RMR did not rise as expected as body weight increased in the six years that followed. On average* the contestants were burning 500 fewer calories per day six years after participating on the show than they were before the show began.

In addition to a slower RMR, participating in the show caused the blood concentrations of a satiety hormone called leptin to plummet in the contestants. After six years leptin levels recovered somewhat, but were only half of their original levels from before the show. Low leptin signals to your brain that you’re hungry, and many of the contestants reported experiencing intense hunger, cravings and binges well after the show was over.

In other words, being on ‘The Biggest Loser’ caused the participants to burn fewer calories while feeling constantly hungry, even after the majority of the weight was regained.

To me this is a fairly strong argument that participating in the show does more harm than good for someone’s long-term health and weight loss efforts, and I strongly hope that the show and any other weight loss programs using similar methods stop their practices immediately.

That said, I find it unfortunate that most people seem to have generalized ‘The Biggest Loser’ findings to all weight loss. The message in the media seems to be that the body’s metabolism simply won’t allow significant long-term weight reduction.

Given the extreme methods used by the show this conclusion seems premature, as many people in the NY Times comments section have pointed out.

During the show the participants are forced to exercise 7 hours a day (burning 8,000-9,000 calories) on less than 1,500 calories of food. Later in the show the contestants take these methods home and try to lose even more weight. The NY Times describes how one contestant (season 8 winner) approached it:

Mr. Cahill set a goal of a 3,500-caloric deficit per day. The idea was to lose a pound a day. He quit his job as a land surveyor to do it.

His routine went like this: Wake up at 5 a.m. and run on a treadmill for 45 minutes. Have breakfast — typically one egg and two egg whites, half a grapefruit and a piece of sprouted grain toast. Run on the treadmill for another 45 minutes. Rest for 40 minutes; bike ride nine miles to a gym. Work out for two and a half hours. Shower, ride home, eat lunch — typically a grilled skinless chicken breast, a cup of broccoli and 10 spears of asparagus. Rest for an hour. Drive to the gym for another round of exercise.

If he had not burned enough calories to hit his goal, he went back to the gym after dinner to work out some more. At times, he found himself running around his neighborhood in the dark until his calorie-burn indicator reset to zero at midnight.

Any weight loss method that requires you to quit your job and burn 3,500 more calories than you consume in a day is insane. Is it that surprising that anyone subjecting themselves to months of intense exertion and starvation would have a metabolic meltdown?

Why should we conclude that weight loss permanently ruins your metabolism instead of asking if there is a better, more sustainable way to lose weight in the first place?

Interestingly, in the discussion section of the original study the authors note that a matched group of patients who underwent bariatric surgery were able to sustain and continue weight loss without the same degree of metabolic disruption experienced by ‘The Biggest Loser’ contestants: “It is intriguing to speculate that the lack of long-term metabolic adaptation following bariatric surgery may reflect a permanent resetting of the body weight set-point.”

I agree, and think this point should have received much more attention.

I’ve also personally spoken with people who have lost amounts of weight similar to those on the show without regain, unexpected metabolic slow down, or extreme hunger, by using a more gentle and long-term approach.

Instead of postulating that weight loss must be impossible, it seems far more logical to conclude that the weight loss method you choose is an important factor in long-term success. I’d even argue that this is good news, because several months of torture and starvation is a pretty shitty option if you’re already obese.

‘The Biggest Loser’ study underscores how important it is that we change the way we think about weight loss, and puts yet another nail in the coffin of the overly simplistic calories-in vs calories-out model. At the very least we should stop glorifying “no pain, no gain” as the best method to reach our health goals.

I don’t, however, think that it implies that long-term weight loss is impossible for everyone. While there may be certain genetic or metabolic conditions which make significant long-term weight loss an unrealistic goal for some people, I’d be surprised if many (if not most) people couldn’t achieve it if they used a more realistic, personalized approach.

Have you lost significant weight and kept it off for several years? I’d love to hear from you in the comments.

*The average doesn’t really paint the whole picture here, since there was a wide variation in how much weight was regained over the six years (one contestant continued to lose weight after the show). However those who regained the least weight showed the largest drop in RMR.