Why You Should Give The Foods You Hate Another Chance 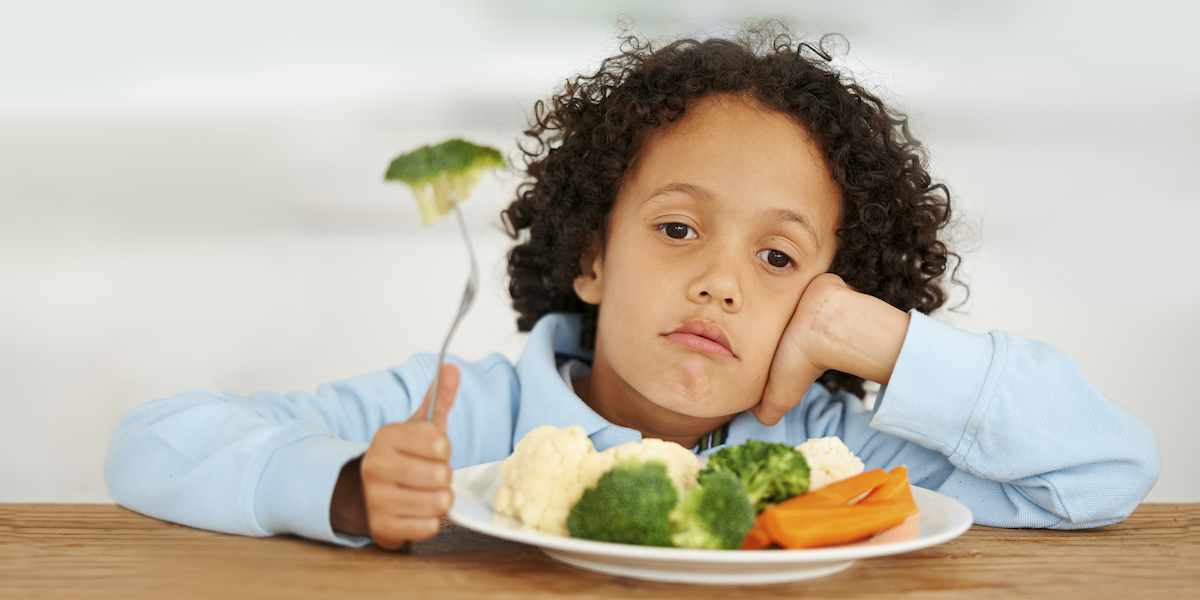 When I was kid (you know, before my relationship with food was completely warped by my mother’s dieting habit), I was actually pretty normal.

I loved ice cream, grilled cheese sandwiches, and the strawberries I picked with my grandma.

I shamelessly copied the food preferences of my fellow classmates, and rejected things like onions and tuna fish for fear of looking uncool.

And of course, there were many foods I absolutely hated. At the top of the list were cilantro, lima beans, spinach and brussels sprouts. But I was also not a fan of eggplant, cucumber, beets, egg yolks, most fish and rye bread. The list goes on.

Of course, with time I grew out of my childhood tastes. Little by little I learned that spinach can be delicious in a fresh salad as opposed to the frozen gray-green slop my parents served, and that cilantro tastes completely different when used in Vietnamese cooking compared to the Mexican food I was raised on.

That’s normal, and you probably have similar stories of foods you’ve come to love as your palate has matured.

But I’ve noticed something funny about people over the age of 25. From what I can tell many––if not most––of the adults I speak to about their food preferences have reverted to the stubbornness of childhood when it comes to certain foods.

The argument goes something like, “I’ve tried olives a zillion times. I just don’t like them, so what’s the point of trying again?”

This line of reasoning makes intuitive sense. Life is short, so you shouldn’t waste your time on things that don’t make you happy. YOLO.

But you can probably guess that I don’t feel this way. Ant rants aside, my opinion is based on a somewhat unique set of experiences that, if you haven’t been through them yourself, you might not fully appreciate.

I’ve witnessed firsthand how much more enjoyable life is when you choose to like more things, and for this reason I feel compelled to share my story and hope to convince you to try again.

On the surface, I completely agree with the “life is too short to eat what you don’t like” argument. That’s why I won’t touch protein bars, fake sugar or fast food. Convenience and half-assed attempts at weight loss aren’t worth eating chemically tasting food-like products that makes sawdust sound appealing. I’d rather go hungry.

But I don’t think this argument applies to foods that normal humans with functional tastebuds consider not just good, but excellent, simply because you haven’t learned to appreciate them.

There’s a big difference between rejecting a bad version of a food and rejecting an entire food category.

That is, there’s a difference between not liking those plasticy-tasting canned olives you find on cheap pizzas and olives in general. In the first case you’re responding with discernment, in the second you’re reacting out of discomfort and fear (calm down, I’ll explain).

Why is better to respond than react? It isn’t hurting anyone when you refuse to eat something (well, maybe the ego of a chef or two). But you should at least be aware of what you’re doing and why you’re doing it, and recognize that it’s a choice.

As someone who was guilty of rejecting olives and dozens of other foods for years, I feel confident in saying that my lack of desire to keep trying foods I didn’t like was based on thelimiting belief that my tastes couldn’t change. That I was born with them and they weren’t negotiable.

I figured that if I’d tried something a few times and didn’t like it there was no point in trying again.

All of this changed when I started shopping at the farmers market instead of the grocery store. When I started buying seasonal produce from people who care instead of mass-produced industrial produce that looks the same year-round, I realized that almost all of my expectations of how foods tasted were incorrect.

This epiphany changed my mindset about every new food I encountered.

My normal skepticism was replaced with curiosity, and I was suddenly open to a world of new experiences.

At the farmers market I was rewarded for reframing my approach in this way. I would buy things I’d never cooked or previously didn’t even like, simply because they were adorable, and 90% of the time they would turn out delicious.

But that was just the beginning. My new mindset didn’t just turn me from a food skeptic into an adventurous foodie. It also instilled in me a new expansive belief: that my tastes are never set in stone.

Cucumbers were one of those things that I was never really into. I wouldn’t say that I hated them, they just sort of never impressed me. Even the cute lemon cucumbers I bought at the farmers market hoping they would taste lemony (they don’t, they’re just roundish and kinda yellow) left me unmoved. But I kept trying.

Then one day I was visiting a new farmers market and saw some crazy long, curly Armenian cucumbers. The vendor was clearly super proud of them and offered a taste. How could I refuse?

The Armenian cucumbers were unbelievably good. Light and crisp and slightly sweet. I bought one (they were huge) and couldn’t stop eating it all afternoon. This was seriously a life-changing cucumber.

After this experience I was a convert. Even though I don’t think I’ve ever had a cucumber quite as good as that first one, it doesn’t matter. All I needed was to understand that a cucumber could be that good, and once I developed that appreciation I came to enjoy them all (except the big waxy ones at the grocery store, those are still not my jam).

You might find it strange that only one positive experience with a food I previously didn’t like was enough to change my opinion of the entire category, but the science of picky eating suggests that my experience is typical.

Familiarity is what forms the majority of our food preferences.

New foods (especially strong foods) can often elicit feelings of strong discomfort, which triggers our fight or flight (aka fear) response. Once a food has been paired in your mind with discomfort and fear, you will likely continue to avoid that food and encounter it rarely. When you do, your reaction will most likely continue to be negative.

Research shows, however, that exposure to unfamiliar foods can eventually change food preferences, as the food becomes more familiar.

But until you’ve experienced this firsthand, you may question whether going through this process of continually trying foods you don’t like is even worth it. Do you really want to invest all that time and discomfort for something you are perfectly fine living without?

I’ve changed my mind on beets, brussels sprouts, strong cheeses, oily fish and a bunch of other foods that I don’t just tolerate now, I absolutely love. Adding all these foods to the list of things that make me happy in the world has made it so much more fun to go to restaurants, travel and explore new ingredients.

Once you realize that it’s really only a matter of time before you eventually like something, it becomes way less uncomfortable and actually fun to hunt for that meal or that chef that will finally change your mind on sardines. It gives you more of a sense of control over your own happiness, and a feeling that you are really living life to the fullest.

Liking stuff is way more fun than not liking stuff, I promise.