The Key to Making a New Habit Catch On 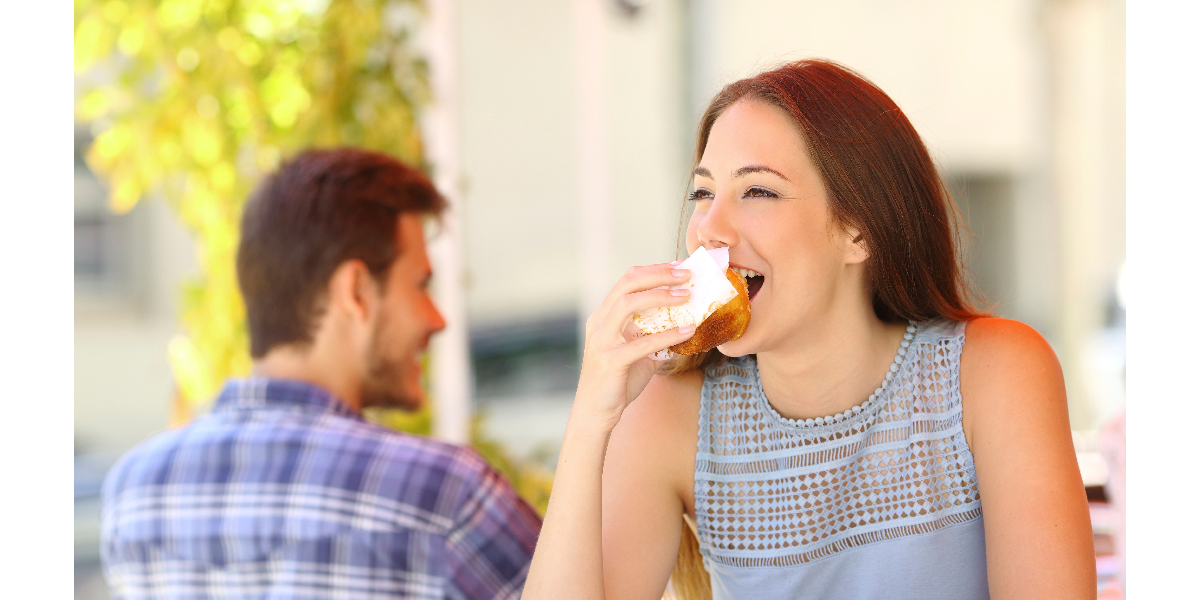 Recently a reader contacted me with a curious concern. She was a big believer in the power of mindful eating and set about diligently performing all the guidelines of mindful eating practice, including sitting at a table, removing distractions, eating only when hungry, chewing thoroughly, etc.

It was going really well for a few weeks, until it all came crumbling down. Something in her day caused her resolve to crack, and without being able to stop herself she continued to break every rule in the mindful eating book: eating while standing, distracted, not hungry, and making poor food decisions that weren’t worth it.

“It was almost as if I was deliberately doing exactly what the guidelines told me not to do.”

I immediately knew what her problem was, because I had faced exactly the same thing when I was trying to build mindful eating habits.

Mindful eating was one of the last, and certainly one of the most difficult habits I ever tried to create. I made many futile attempts to get it to stick (iPhone reminders didn’t work for very long, FYI), but I missed the mark time and again for nearly a year before I figured it out.

My breakdowns weren’t much different from my reader’s. Though I was well into my foodist lifestyle and not very tempted by processed or less healthy foods, I was still prone to overeating when I was really hungry, which often resulted from being very busy and stressed.

I would eat standing up or while checking email, barely giving myself time to swallow what was in my mouth before grabbing another bite. I’d be well past full before even being conscious of what I was doing.

What was the problem?

I didn’t crack the code until I started thinking more systematically about the behaviors I was trying to change, and realized that just because I was doing the same thing over and over again didn’t make it a habit.

While repetition is a necessary component of habit building, it is not sufficient to create one.

Both myself and my reader had the same realization when we acknowledged that our efforts weren’t working: we were still using willpower. We were still trying to force ourselves to do something we believed was good for us.

“I had been treating the eating guidelines like dieting rules and I was rebelling against them like one would when their willpower runs out on their diet.”

We wanted our behaviors to change, but were only focusing on changing our actions. What we forgot is that to create habits we also needed to address the trigger and reward, the two things that respectively precede and follow a habitual action. The trigger and reward are what define a habit and make it automatic. Without them an action is just an action.

One of the reasons mindful eating habits are so difficult to develop is that the trigger and reward are not always obvious.

What exactly is the reward for eating slowly?

Not having a stomach ache in 20 minutes is too far away and too vague of a result for it to be an effective reward. The best rewards are positive (not negative or neutral), and immediate.

The same is true of triggers. The reason my iPhone reminders only worked sometimes is that if I wasn’t able to eat at exactly the time my reminder went off then I would forget, even if it was only 5 minutes later. The trigger should immediately precede the action you want to activate, directly triggering it. (This stuff may seem obvious, but it’s much harder to figure out in the real world.)

My insight was that the act of stabbing or picking up my food was the perfect trigger to remind myself to ask a simple question: “Is there food in my mouth right now?”

It sounds simple, but I’ve found it is the only thing that actually worked to change my behavior.

It wasn’t until after I figured out how to remember to chew (after all, mindfulness is really just another way of remembering to pay attention) that I discovered what the reward is.

One day I was tired, stressed and distracted when I sat down to lunch. I started eating ferociously, but was quickly stopped in my tracks. I had swallowed a large hunk of only partially chewed salad, and it felt so uncomfortable. It was all pokey, lumpy and jagged as it slid down my throat. I could almost feel that it was going to give me a stomach ache later.

I had grown accustomed to swallowing well-chewed, soft food and apparently I really enjoy that (don’t ask me why, but my bet is you would too). It is my reward. So the feeling of discomfort I had from not chewing my food thoroughly quickly corrected my behavior and reminded me to slow down, use my trigger and eat mindfully.

This, my friends, is what a habit feels like.

A true habit happens automatically, at a subconscious level. It is a feeling, not a thought.

When you’re tired, stressed, hungry, drunk, distracted, hungover, hormonal, pissed, or anything else that takes you away from your normal routine, any action that requires willpower will be dropped faster than your blood sugar after an insulin spike.

Automatic habits are your only chance for sticking with something long-term.

If there’s an action you do regularly, but you still feel like you have to force yourself to do it, then it isn’t a habit. If you want it to stick for real, you had better figure out a way to make it one.