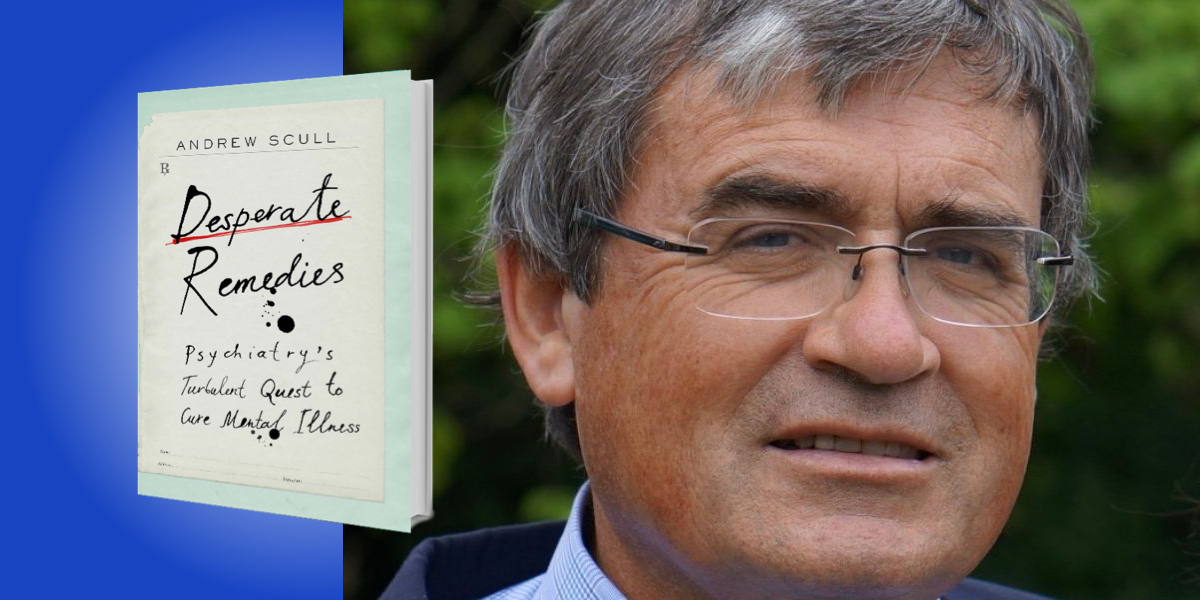 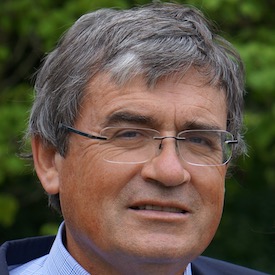 Andrew Scull is a professor of sociology at University of California San Diego. He has written several books on the history of psychiatry throughout the course of his ongoing, 50-year-long investigation into the plight of the mentally ill and role of institutionalization in society and culture.

1. People with serious mental illness have been unusually vulnerable to therapeutic experimentation.

Often greeted as breakthroughs by the medical establishment and press, many deeply intrusive interventions have subsequently been shown to be seriously misguided. For instance, programs to induce fevers by deliberately infecting patients with malaria. Or surgically removing teeth and tonsils (as well as stomachs, spleens, cervixes, and colons). Another mental health treatment was bringing patients to the brink of death through insulin comas. An approach some still swear by (despite evidence it can wreak havoc on memory) is inducing artificial epileptic seizures. Most dramatically of all, severing brain tissue by thrusting an icepick through the eye socket into the brain—lobotomy, as invented by Egas Moniz in 1935, winning him the Nobel Prize in 1949.

Today, there is enthusiasm for novel therapies, such as deep brain stimulation, ketamine for depression, and renewed interest in psychedelics as therapy for mental disorders. The scientific basis for these interventions is limited at best, and past experience suggests that the latest fads best be treated with skepticism.

2. Women and people of color were targets for experimentation.

Legally and morally, those suffering from psychosis and severe depression have often been regarded as non-persons, incapable of making rational decisions. But differential treatment has been particularly marked for women and racial minorities.

Take lobotomy—in its heyday in the 1940s and 50s, 60 percent or more of those operated on were women. Black Americans—particularly those seen as violent—were also singled out for lobotomies.

When asylums were created in the 19th century, Black Americans were either segregated into separate wards or institutionalized in asylums for the “colored” insane. Separate but equal, as always, meant appalling and dire. When America abandoned asylums in the late 20th century in favor of the euphemistically-named “community care,” many Black Americans struggling with mental illness were caught in the endless cycle of the flop-house, the streets, and jails, with only brief encounters in psychiatric facilities that tried pacifying them with antipsychotics. The Los Angeles County Jail is now the world’s largest psychiatric institution. Black Americans are 9.6 percent of the county’s population, but comprise 31 percent of the prisoners, and almost 44 percent of those prisoners are diagnosed with serious mental illness.

3. Community care is a sham.

For more than a century, America invested vast amounts of economic and intellectual capital in the idea that the best response to serious mental illness was putting its victims into mental hospitals, where they could be treated (or even cured) by physicians. By the early 1950s, these places housed more than half a million people. But mental hospitals came under sustained assault, dismissed as snake pits that systematically damaged and dehumanized those they confined. By the 1990s, they had essentially vanished.

Deinstitutionalization was proclaimed a grand reform. A more tolerant and hospitable community would instead welcome the mentally ill back into society, and provide effective and humane treatment in its midst—but this was a fairy story.

“The decanting of patients, many suffering from acute psychosis, took place with virtually no advance planning.”

The decanting of patients, many suffering from acute psychosis, took place with virtually no advance planning or provision for housing and other needs of those with disabling mental illnesses. This is a major source of the contemporary explosion of homelessness. Asylums were founded in the 19th century to rescue the mentally ill from incarceration. Today, the largest providers of psychiatric services in the U.S. are the Los Angeles County Jail, Rikers Island Jail in New York, and the Cook County Jail in Chicago.

4. There is no psychiatric penicillin.

The psychopharmacological revolution that began in the early 1950s has unquestionably benefitted some patients, relieving them of hallucinations, delusions, and enabling some semblance of a normal life. Antidepressants have improved some lives, and new forms of psychosocial therapy and cognitive behavioral therapy has helped address less serious forms of mood disturbance.

Yet the drugs provide only a measure of symptomatic relief for only a minority of those prescribed them. Moreover, they carry a heavy burden of side effects, some of which are permanent and extremely serious. Controlled studies show that antidepressants are only marginally more effective than placebo, meanwhile their side effects can be debilitating and enduring.

Antipsychotics do little to alleviate the most damaging negative effects of schizophrenia: blunted affect, social withdrawal, disorganized thoughts, poverty of speech, and an inability to function in a social environment. When the National Institute of Mental Health sponsored a large-scale study comparing three second-generation antipsychotics with a drug from the 1950s, the modern drugs fared no better than the first-generation drug. Between 67 percent and 82 percent of the patients dropped out, either because the treatment was not working or the side-effects were intolerable.

“Controlled studies show that antidepressants are only marginally more effective than placebo.”

5. Contemporary psychiatry is facing a crisis.

2013 saw the publication of the 5th edition of psychiatry’s diagnostic system, DSM 5—even larger than its predecessors, and continued its tradition of a tick-the-boxes approach to diagnosis. It was promptly denounced by the head of NIMH, Thomas Insel, and his immediate predecessor, Steven Hyman of Harvard, in the harshest terms. Hyman called it “an absolute scientific nightmare…totally wrong in a way [its authors] couldn’t have imagined.” Insel announced that his institute would ignore its categories when funding future research on mental illness. Psychiatrists, he wrote scornfully, “actually believe [these DSM] diagnoses are real. But there’s no reality. These are just constructs. There’s no reality to schizophrenia or depression.”

If diagnosis is a mess, the prospects for improving pharmacological treatment is bleak. Virtually all of the major drug companies have announced that they are disbanding or sharply curtailing their research on psychopharmacology.

Finally, the therapeutic payoff from four decades of betting on biology as the singular source of mental illness seems to have run aground. The decoding of the human genome raised hopes that the genetic origins of schizophrenia, bipolar disorder, and depression would be discovered. That has not happened. Four decades of neuroscientific research has produced little of therapeutic value. When Insel stepped down as head of NIMH, he spoke of what he had achieved: “I spent 13 years at NIMH really pushing on the neuroscience and genetics of mental disorders, and when I look back on that I realize that while I think I succeeded in getting lots of really cool papers published by cool scientists at fairly large cost—I think $20 billion—I don’t think we moved the needle in reducing suicide, reducing hospitalizations, [or] improving recovery for the tens of millions of people who have mental illness.”

Insel is right. People with serious mental illness live, on average, 15 to 25 years less than the rest of us. That gap is growing, so perhaps we should try something different.

To listen to the audio version read by author Andrew Scull, download the Next Big Idea App today: