Discovering the Soul of an Entrepreneur 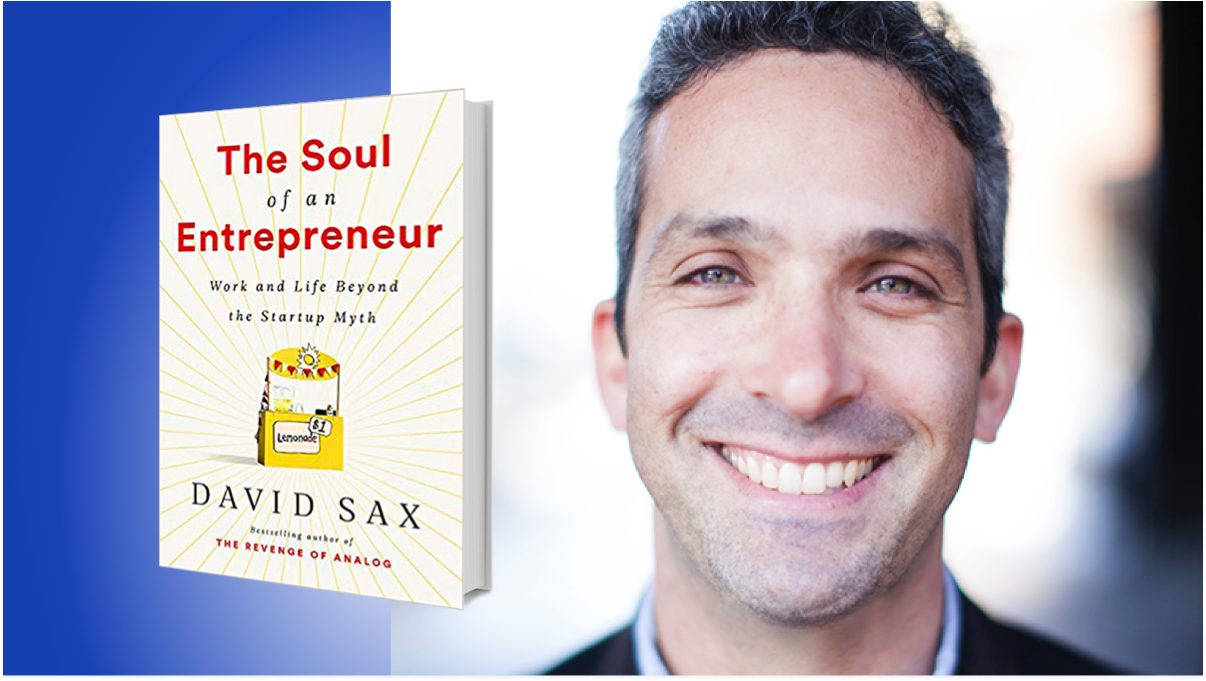 David Sax is a writer, reporter, and speaker whose new book is The Soul of an Entrepreneur: Work and Life Beyond the Startup Myth. His previous book, The Revenge of Analog, was a #1 Washington Post bestseller, was selected as one of Michiko Kakutani’s Top Ten books of 2016 for the New York Times, and has been translated into six languages. He is also the author of Save the Deli, which won a James Beard award, and The Tastemakers.

Below, David offers 5 key insights from The Soul of an Entrepreneur in this exclusive Next Big Idea Club Book Bite.

1. How you define an “entrepreneur” varies widely.

While the basic definition of an entrepreneur is someone who is their own boss and starts a company, some say that an entrepreneur has to be an innovator or an inventor. Others declare that entrepreneurs upend the status quo, or must be risk-takers. The definition Sax prefers, however, is someone who has the freedom to do the work they want to do, but bears the risk of not knowing where their next paycheck will come from.

2. Entrepreneurs are not who we expect them to be.

Unlike the figures you typically see on magazine covers, in America, the average entrepreneur isn’t a 22-year-old—they’re 45. In fact, millennials, who were predicted to be the most entrepreneurial generation of all time, are actually the generation that’s the least likely to start a businesses or work for themselves. And the fastest-growing group of American entrepreneurs are female minorities. These entrepreneurs aren’t who we have come to expect, but they form the backbone of our economy.

3. Entrepreneurship is not only about money.

Each of the entrepreneurs Sax spoke with has something different that keeps them going. For one family of Syrian immigrants in Toronto, opening a restaurant gave them a chance to regain independence and build a new identity after their lives were upended by war. Others were driven to help their community, to live the lifestyle they wanted, to spend more time with their family, to put their personal values into action, or even to work with friends.

4. The startup boom is largely a fable.

The past decade has been hailed as a golden age for entrepreneurs, when people everywhere can start businesses more easily and with greater success than at any other time in history. But the stories of Facebook, WeWork, Casper, and other overnight sensations are outliers, not part a large-scale trend. In fact, the number of Americans and other Westerners who are working for themselves and starting businesses is half of what it was in 1979.

Right now in 2020, we’re experiencing a crisis that is devastating for entrepreneurs all over the world. They need our help to weather this storm, not only financially but also emotionally—entrepreneurs often feel isolated and alone, even in the best of times. So they need to know that their community cares for them, that the failure of a business is not their failure as individuals, that we value them and the work that they do. We need entrepreneurs to take risks and rebuild our society, and they need us to help make it happen.