How a Dopamine Fast Could Reduce Your Anxiety 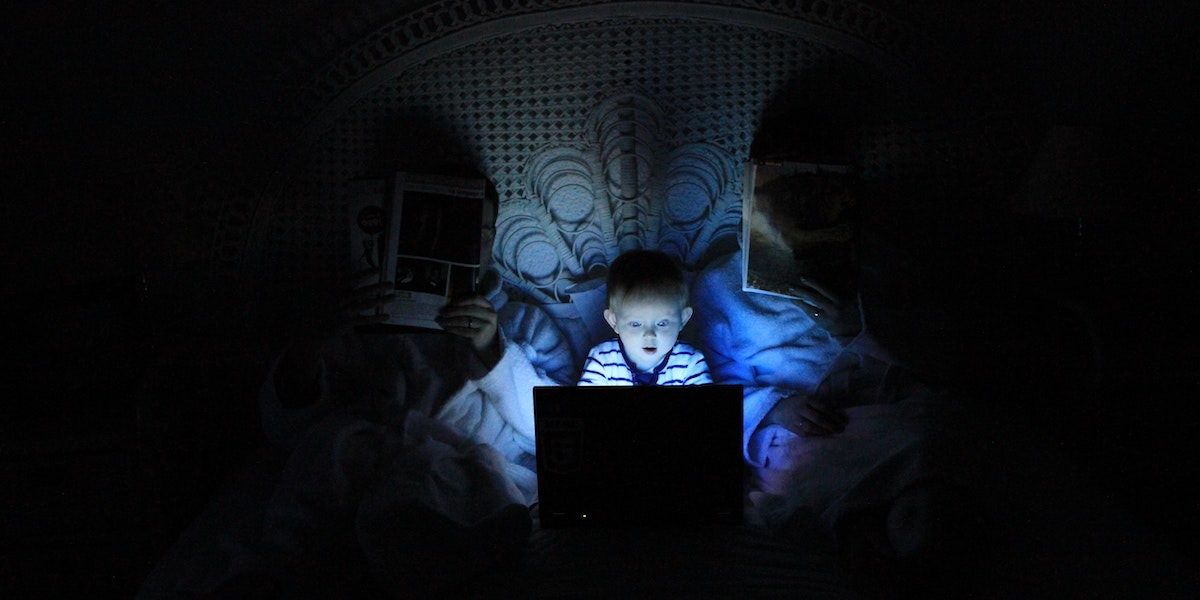 Anna Lembke: Dopamine is a chemical that our brain makes. It has several different functions in the brain, but one of the most important ones is that it mediates the experience of pleasure, reward, and motivation. Typically, when we do something that’s reinforcing or pleasurable, our brain will release dopamine in a part of the brain called the “reward pathway.” And the more reinforcing and more pleasurable something is, the more dopamine gets released in that part of the brain. So dopamine is very much a signal that alerts us to what is going on in our bodies and in the environment. And it’s a way that we are encouraged to approach pleasure and avoid pain, which is precisely what has kept us alive through millions of years of evolution in a world of scarcity and ever-present danger.

Pain and pleasure are two sides of a balance.

Anna: One of the most important discoveries in neuroscience in the past 100 years is that pleasure and pain are co-located. The same parts of the brain that process pleasure also process pain, and pleasure and pain work like a balance. When we feel pleasure, the balance tips one way; when we feel pain, it tips the other. One of the overarching rules governing this balance is that it wants to stay level. After any deviation from neutrality, our brains will work very hard to restore a level balance, or what neuroscientists call “homeostasis.”

For example, I like to watch YouTube videos of American Idol. And when I watch, my brain releases a little bit of dopamine in my brain’s reward pathway, and my balance tips slightly to the side of pleasure. But no sooner has that happened that my brain adapts to the increased dopamine by down-regulating my dopamine receptors and dopamine transmission.

I like to imagine this as little gremlins hopping on the pain side of my balance to bring it level again. Not very scientific, I know—but here’s the thing about those gremlins. They like it on the balance, so they don’t hop off once it’s level; they stay on until it has tipped an equal and opposite amount to the side of pain. This is the aftereffect, the hangover, the comedown—or in my case, that moment of wanting to watch just one more video.

“Pleasure and pain work like a balance. When we feel pleasure, the balance tips one way; when we feel pain, it tips the other.”

Now, if I keep doing this, I end up with enough gremlins on the pain side of my balance to fill a whole room. They’re camped out for the long haul—tents and barbecues in tow. Once that happens, I’ve changed my joy set point. I need to keep watching YouTube videos—not to feel pleasure, but just to feel normal. And as soon as I stop watching, I experience the universal symptoms of withdrawal from any addictive substance—anxiety, irritability, insomnia, dysphoria, and mental preoccupation with using, otherwise known as “craving.” This is the hallmark of the addicted brain.

On her own struggle with addiction.

Anna: Our brains, one person to another, are slightly different, so drugs of choice vary. What releases a whole bunch of dopamine for you may not for me, and vice versa. But part of why the modern ecosystem has become so insidious and made us all so much more vulnerable to addiction is the novelty and variety of reinforcing drugs and behavior. I used to think I was relatively immune to the problem of addiction because I really don’t care for alcohol. Caffeine doesn’t wake me up, and I’m not a big food person. But I discovered a drug in mid-life that was highly reinforcing: I got hooked on romance novels in my forties, which was really quite strange. My Kindle perpetuated and exacerbated that addiction until I was reading between seeing patients. I took a book to a party once and hid in a room and read. They were strange behaviors, and I didn’t even realize I was addicted until I was pretty far gone—even though I’m an addiction doctor. So the incredible variety of stuff out there now almost guarantees that we’re all going to develop some kind of compulsive over-consumption problem in our lifetimes.

“The incredible variety of stuff out there now almost guarantees that we’re all going to develop some kind of compulsive over-consumption problem in our lifetimes.”

Why do we categorize some behaviors as virtues and others as vices?

Rufus Griscom: It’s interesting that if we’re consuming something on a screen, we assume that’s bad. If it’s in a book format, however, people tend to think it’s good. But I happen to think there are Netflix shows that have every bit as much artistic merit as great 19th-century novels—it’s a flourishing genre. And maybe that brings us to the question of, how do we know when it’s crossed a threshold into not being a good behavior?

Anna: For me, the key is neuroscience. When our balance starts to chronically be tilted to the side of pain, then we know we’re entering the state of addiction, and the key signals for that are: One, we need more of the substance or behavior over time to get the same effect. Two, we need more potent forms. Three, what was previously pleasurable is no longer pleasurable in terms of our drug of choice. And, importantly, other things we used to enjoy—people, places, the world—become drab and drained of color, and our focus narrows to this one substance or behavior as our only source of joy, relief, and escape. When that happens, we need to be worried.

How do we know when our passions have become addictions?

Anna: When does something pass from positive to obsessional? When does it tip over into addiction? I don’t have the answer to that—it’s going to be different for every person. But one of the key ways to find out if your obsession, passion, or work is an addiction is to take a break. When we’re chasing dopamine, it’s nearly impossible for us to see true cause and effect. But when we take a break and get out of that vicious cycle of chasing those rewards, we can really step back and go, Gee, I’m not sure I really want to live my life that way. Without those times away, it’s super easy to lose perspective, and to get caught up in what feels like purposeful, self-determined action but in fact, is really the sacrifice of our autonomous ability to choose.

“One of the key ways to find out if your obsession, passion, or work is an addiction is to take a break.”

Want to take some time away? Try a dopamine fast.

Rufus: Dopamine fasting has become rather chic in Silicon Valley. Is this at the top of your list of tools?

Anna: I’ve been recommending a 30-day absence trial for my patients for 20 years, and I think there’s a lot of merit in it. I ask patients to identify the drug, or drugs, with which they have a problem of compulsive over-consumption, and to eliminate that drug for a month, knowing that they’ll feel worse before they feel better. The goal, essentially, is to do a kind of personalized biological experiment to discover whether or not, by resetting their reward pathways, they can feel better.

And the beauty of the intervention is that about 80 percent of my patients come back feeling better—just by eliminating their drug of choice, without me having to prescribe a pill or do any kind of in-depth psychoanalysis. It’s just, “Nope, cut this drug out of your life for 30 days, and you will feel better.” And most people do. That’s really powerful, because then I don’t have to persuade them anymore that they should temper their use or even potentially abstain long-term. People collect their own data and see the impact. So now I just have to coach and observe and support as people try to figure out the next step: “Do I want to continue to abstain, or can I reintegrate the substance back into my life with moderation?”

Are you worried about how much time your kids spend on their phones? Anna is, too.

Rufus: How is it going with your kids and the nation’s kids?

Anna: You know, it’s been interesting. We took a very hard line very early. Our kids did not have any devices until they got to high school, and then they each got a laptop and a phone. But they’ve had to pay for their own phones and their own phone plans.

We have four kids, and our youngest child in particular has really struggled to balance his consumption—to not use during class, to not use at times when it’s inappropriate. His grades are showing that.

“We need to do more—as families, as parents, as school systems, as governments—to support individuals in moderating or abstaining from use.”

So even though we waited and were very restrictive and did a lot of education and have a lot of digital etiquette norms that we enforce in the home, we nonetheless have a child who has what I would call self-destructive use. It speaks to the variability among individuals for addiction to tech. Some people will see it and be able to self correct, or at least try to move in that direction, and others really will not, and will fall prey to the most damaging aspects. That’s true for almost any addictive substance, right? Most people can consume alcohol in moderation and don’t become alcoholics—but some people do.

I would say, in general, that we need to do more—as families, as parents, as school systems, as governments—to support individuals in moderating or abstaining from use. To draw an analogy, think about cigarettes. We are not allowed to sell cigarettes to minors, and companies that make cigarettes are not allowed to market them to minors. Cigarettes have warnings on the packages, and there’s widespread education about the harms of smoking. There’s also effective taxation of cigarettes; it turns out that even addicted people are price-sensitive. As the price goes up, consumption goes down, and addictive behaviors are either resolved or routed to some other substance.

I think we need to use analogies to drugs that are known to be addictive, like cigarettes, and translate them into the realm of tech devices and digital products. We really need to begin to think about, How are we going to restrict access for eight-year-old children with an iPad? Because I think we can all agree that no one wants to give an iPad to an eight-year-old 24/7. I think we can all agree that that would be very injurious. So where and how and when will we restrict it? I think those are the conversations that we need to have.