How to Drag a Body and Other Safety Tips You Hope to Never Need: Survival Tricks for Hacking, Hurricanes, and Hazards Life Might Throw at You 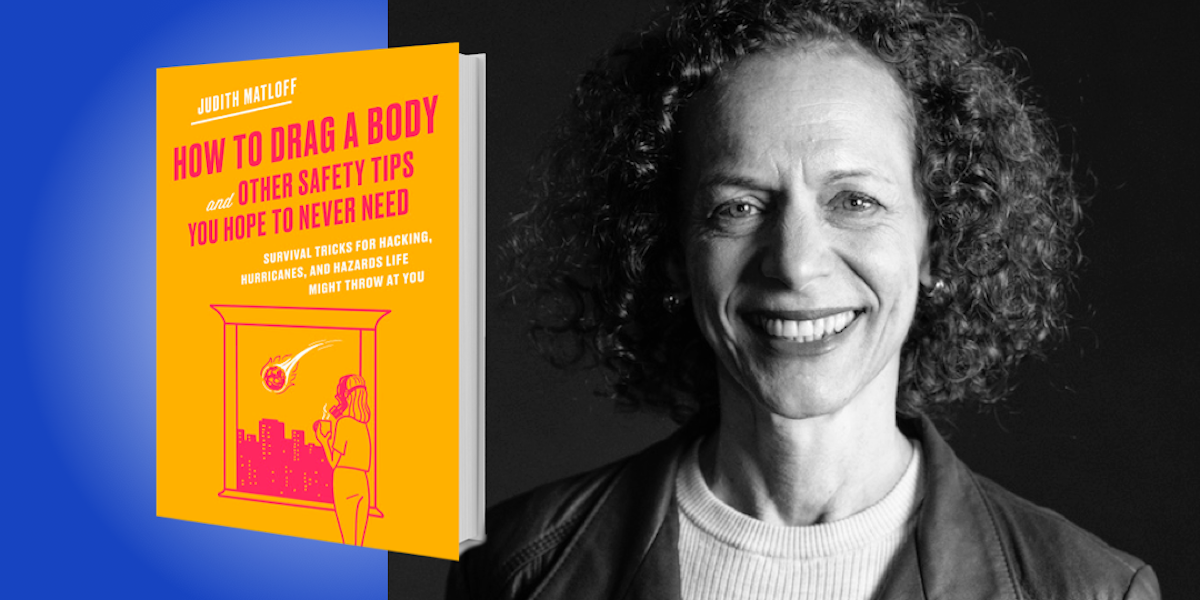 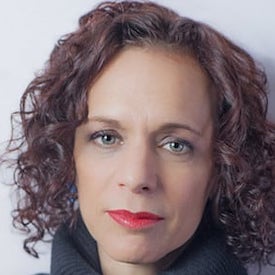 Judith Matloff is a veteran war correspondent who teaches conflict reporting at Columbia’s Graduate School of Journalism. She has pioneered safety training seminars for journalists, specifically women, helping hundreds of people feel confident to face an increasingly dangerous world. Her stories about war and violence have appeared in numerous publications, including the New York Times Magazine, the Economist, the Los Angeles Times, and the Wall Street Journal.

Below, Judith shares 5 key insights from her new book, How to Drag a Body and Other Safety Tips You Hope to Never Need: Survival Tricks for Hacking, Hurricanes, and Hazards Life Might Throw at You. Download the Next Big Idea App to enjoy more audio “Book Bites,” plus Ideas of the Day, ad-free podcast episodes, and more.

1. Imagining the worst is actually a good mental health exercise.

As counterintuitive as it may seem, contemplating the dire consequences of a given crisis and then strategizing to mitigate it actually creates a greater sense of calm. Problem-solving makes you feel more in control because you’re dealing with it. It removes the element of surprise and gives you the chance to prepare for it, building your confidence and action plan. Preparedness also helps you manage the risks and make decisions because you’ve already thought them through. Information is constantly changing during urgent events; you don’t have time to reflect during a tornado—you need to act quickly and with certainty.

Say, for instance, you read about the COVID-19 pandemic back in January 2020. It still hadn’t spread to the U.S., but in a worst-case scenario, it could. So you researched how people coped in China. You leisurely stocked up on lentils, masks, and hand sanitizer. You arranged tele-consults with the doctor and bought board games for potentially homebound kids. Doing so would have saved you panic buying down the line. And it would have helped you to become mentally ready when the pandemic hit. The same goes for natural disasters. If you live in a place prone to hurricanes or wildfires, find out today where and how you should evacuate. Get yourself an emergency radio. It will create great peace of mind.

Women are more likely than men to be raped, harassed, doxed, cyber bullied, and stalked. Women are also more likely to die in natural disasters and suffer from PTSD. So we need that extra mental armor to power through a crisis, and feel secure that we are doing the right thing. And, from a practical standpoint, women tend to shoulder a heavy amount of the burden during emergencies. Traditionally, we are the caregivers—we’re not only trying to keep ourselves afloat, but also other people, like children and the elderly. If you look at any war zone, it’s the men who are blowing things up and the women keeping society glued together.

“We should all be ready to take care of ourselves, because we can’t count on authority or the government to act responsibly.”

So we need to feel we’re making the right decisions and have a game plan when that earthquake or pandemic strikes. One way to do that is training that makes you feel skilled, particularly in areas dominated by men—emergency first aid, defensive driving, computers, self-defense. Psychologists have found that any form of training in just one skill—such as the ability to tie tourniquets or ward off assault—makes you feel more competent to handle other crises.

3. Almost anything can be used for another purpose.

Over decades of reporting on wars, I have learned to make do with whatever was on hand and improvise unexpected uses. For instance, it turns out that condoms make excellent tourniquets. And being highly flammable, they can start fires. While traveling, condoms also make great waterproof containers for band-aids and other items that shouldn’t get wet—and they make superb water balloons for cranky kids.

Another item is tampons. War correspondents of all genders slip them in their medical kits because they’re handy for plugging bullet holes. Then there’s booze. I’ve gone through many situations where I went without a bath for weeks. I was in a bunker, or the water was cut off, or there was no indoor plumbing. One day, after rebels bombed the water supply in Angola where I was reporting, I asked a colleague how she managed to appear so radiant. I stank like a rotting wolverine. The secret, she said, was a vodka bath. It cleansed the pores of sweat and grime. I tried it, and she was right. You can use any alcohol—grappa, gin, whisky, tequila, etc. I personally prefer clear liquids that look like water, but any type will do.

“Comedy doesn’t go away at times of death; it just takes a macabre turn.”

4. The COVID-19 pandemic has taught us a lot about disaster preparation.

If we’ve learned anything in the U.S. in 2020, it’s that we should all be ready to take care of ourselves, because we can’t count on authority or the government to act responsibly. This means becoming as self-sufficient as possible in terms of knowing where to turn for reliable information, having enough basic supplies, setting up a communications plan, and knowing whom to trust. As our routines and social contacts shrink under the pandemic, our personal responsibility actually grows, whether we like it or not. Everyone who has formed a COVID pod with neighbors and other families has adopted the prepper approach—it’s creating a circle of like-minded people who function as a tight group. They share resources, help each other, and watch each other’s backs.

Poking fun at a dreadful situation is one of the best ways to wrest control of it. If you can reduce a tragedy to something ridiculous, you’re not letting it get the better of you. Gallows humor is a superb coping mechanism, and is a universal psychological weapon in every war zone or repressive regime where I’ve worked. I’ve heard surgeons, firemen, and cops all make ghoulish jokes about gore, and I’ve heard the most tasteless wisecracks about death by soldiers and war correspondents. They’re not mocking the victims—they’re trying not to feel shaken by gruesome sights. That’s what people do in extreme situations when they feel profoundly unnerved. Comedy doesn’t go away at times of death; it just takes a macabre turn.

The renowned Austrian neurologist, Viktor Frankl, said that humor helped him and others transcend despair in Auschwitz. It afforded an aloofness they desperately needed to rise above their situation. And interestingly, an Austrian study of 156 volunteers published in 2017 showed that those who “got” the farce among a dozen dark jokes scored higher on IQ tests compared to those who didn’t. They were also better educated, and registered lower aggression and bad moods. So if you make “sick” jokes, you’re actually smart—and in good mental shape.