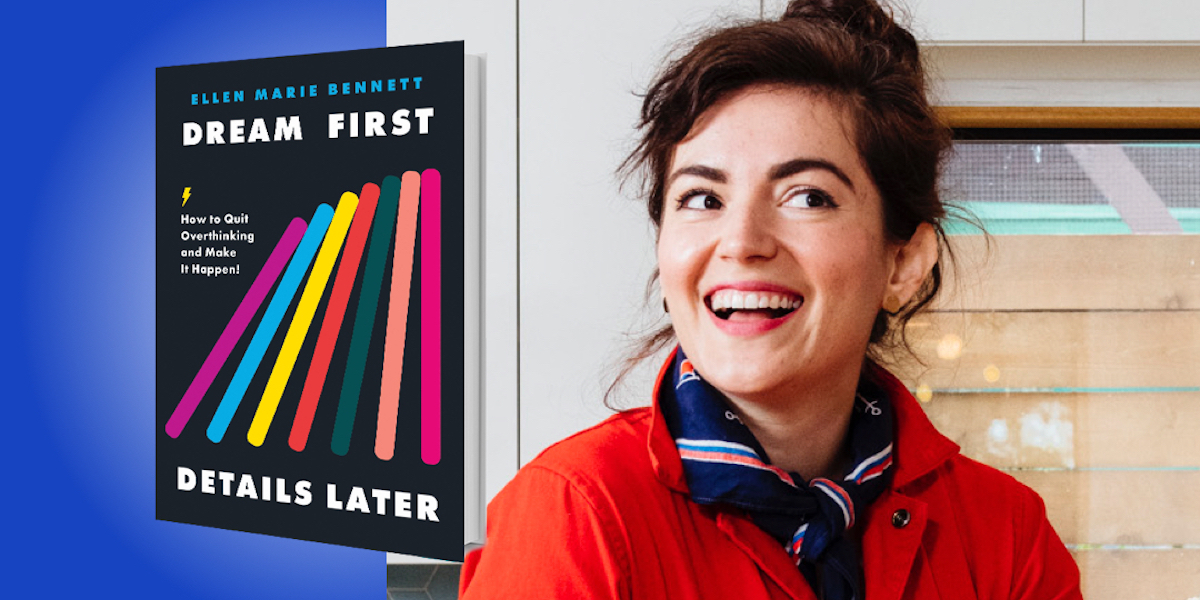 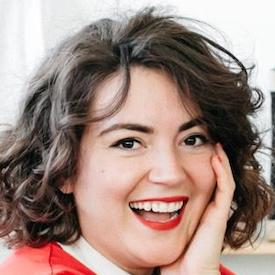 Ellen Bennett is the founder and CEO of Hedley & Bennett, an apron and kitchen gear brand that outfits many of the best chefs in the world. Since starting the business in her L.A. home, Ellen has grown H&B into a multi-million dollar business. They have collaborated with Vans, Madewell, Chrissy Teigen, and artist Takashi Murakami, among others and create uniforms for 4,000 restaurants and coffee shops all over the U.S.

Below, Ellen shares 5 key insights from her new book, Dream First, Details Later: How to Quit Overthinking & Make It Happen! (available now from Amazon). Listen to the audio version—read by Ellen herself—in the Next Big Idea App.

1. Start before you stop.

When you have a big idea for something exciting that nobody else has seen, you just have to begin. Don’t let yourself get caught up in all of the details—that will make you go into analysis paralysis. Decide what you’re going to do and start. It’s not going to be perfect, with everything in its right place. It will come together further down the road, but not by you sitting around noodling on it. So, get going, begin, and worry about those details later.

When you are first starting out, you’ve got to get people jazzed about what you’re doing and whatever it is that you are trying to bring into the world. The way I’ve found that to be possible is by not bragging—so don’t say how grand you are and how awesome your idea is, but simply take a very humble approach. Bring humility and excitement together to create humble enthusiasm.

“Don’t say how grand you are and how awesome your idea is, but simply take a very humble approach.”

It’s about talking to somebody the way that you would talk to your friend or neighbor when you’re so pumped to share some cool thing you found, or some new idea you discovered. That is what that feeling looks like, versus when you’re walking in a mall and someone’s trying to sell you cream or hair straighteners, and you cringe and pull away because you feel like a transaction, not like a human. Nobody likes feeling that way.

So, use humble enthusiasm when you are trying to get your ideas off of the ground. Share your thoughts, but be very open to feedback—and that is where the humble part comes in. Be able to talk about your idea, and when people give you their two cents, you can listen, wholeheartedly take that in, and do what you want with it. More people would be willing to have conversations about the thing that you’re doing if you share it with such joy that the listener can’t turn you away.

To me, a “no” is not a “no.” “No” is a signal to turn left or to turn right because the path forward is not the right direction at this moment, and that’s OK. It’s very similar to a sign painted on the outside of our building here in Los Angeles that says, “If the front door isn’t open, climb in through the window.” A “no” is a door that is closed, but there are windows out there, and you have to find the right window to keep moving. So don’t take “no” as the end of the road. It’s simply the signal to pivot left or to pivot right. Don’t throw in the towel just because somebody decided that, at that moment, they weren’t ready for what you had to offer.

“If the front door isn’t open, climb in through the window.”

One of the biggest leaps of faith that I took in starting my company, Hedley & Bennett, was when I took my very first order of 40 aprons. I didn’t have a company, truly. I didn’t even have a business plan, but I suddenly had a customer, and I needed to deliver on that. So I got those first aprons out the door, and while I can’t say that they were perfect, if I hadn’t begun, I would still be standing there staring at the idea of maybe one day starting an apron company. Because I started, because I began pushing forward, I was able to push that out into the world and evolve it, continually making it better until it was a perfect product. I had started with a minimum viable product, pushed it out, and then kept changing it. So don’t be afraid to make mistakes—when you are starting out, that is 1000 percent part of the journey. You cannot have successes without failures. You cannot learn or succeed without some crashes. So be willing to lean into the falls, find the thing that gets you excited, and do that thing.

Every day you are driving your life car, and it is up to you to figure out which direction to go, and to not stop. You have the gift of life today, and you don’t know if it’s going to be around tomorrow, so you need to fight for all of it, go out there with gusto, and think about what you have instead of what you don’t have. Push forward, create the energy that you need to create the money, the opportunities, the path, all of it. It is on you and for you and to your benefit. The more you believe that you can do this and the more that you show up and try, the farther down the road you will get. So don’t for a second think that you are not capable enough—you absolutely are. We are all here, and so lucky to be alive. Wake up and fight, and never stop doing it.

To listen to the audio version read by Ellen Bennett, download the Next Big Idea App today: