Einstein’s Fridge: How the Difference Between Hot and Cold Explains the Universe 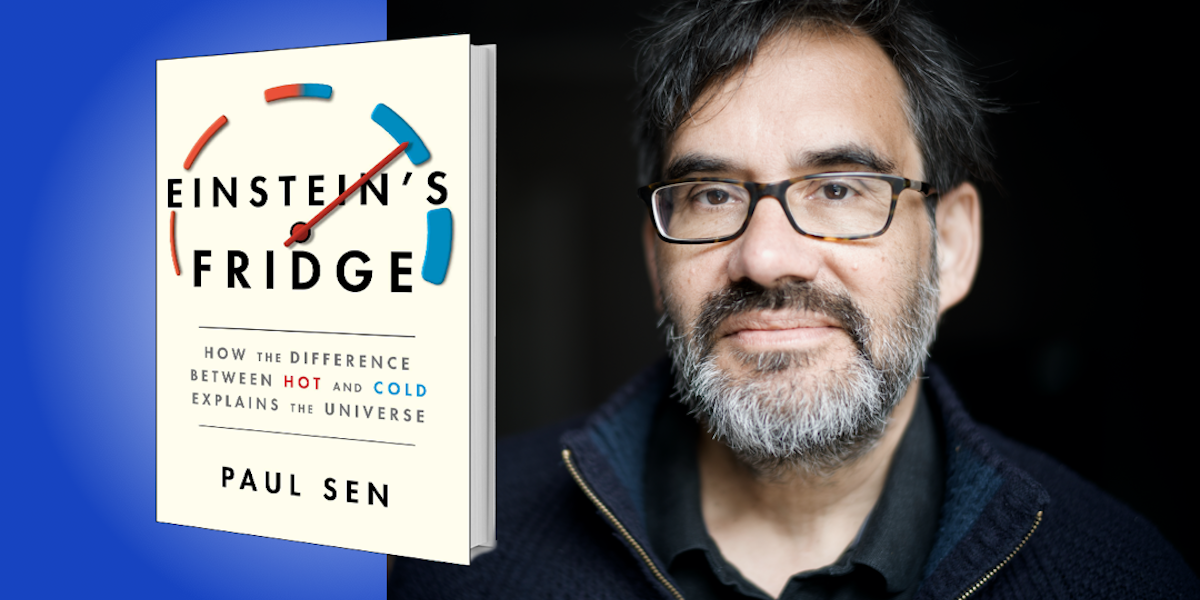 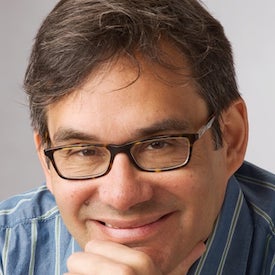 Paul Sen is the creative director of Furnace, an award-winning British television production company that produces science documentaries for the BBC. He directed the miniseries The Triumph of the Nerds and has executive produced programs like The Secrets of Quantum Physics and feature-length documentaries including Gravity and Me: The Force That Shapes Our Lives.

Below, Paul shares 5 key insights from her new book, Einstein’s Fridge: How the Difference Between Hot and Cold Explains the Universe (available now from Amazon). Listen to the audio version—read by Paul himself—in the Next Big Idea App.

Consider the first and second laws of thermodynamics: (1) that energy cannot be created or destroyed, only changed in form, and (2) that the entropy of any system tends to increase. These are two of the most profound insights in all of science, yet they came about from rather humdrum considerations.

James Joule, a 19th-century experimental English physicist, was working on ways to improve production at his family’s brewery. He wondered whether the newly invented electric motor might be cheaper to operate that the steam engine currently in use. His research on this practical question eventually led him to what we now know as the law of energy conservation, and today, the metric unit for energy is called the “joule” in his honor.

Similarly, 19th-century French engineer Nicolas Léonard Sadi Carnot was pursuing ways to burn coal more efficiently as part of France’s effort to keep up with the industrial output of England, which had access to much cheaper coal. Sadi Carnot died young, but his research inspired others, and eventually led to the second law of thermodynamics.

“We can only speculate how much more advanced we would be if women had had equal access to science throughout history.”

The history of science is full of many such examples of practical problem-solving leading to deep discoveries. Building telegraph networks led to understanding the physics of electromagnetism. Producing light bulbs, by focusing attention on the relationship between heat and light, kick-started quantum physics. Today, the vaccine technologies developed for the COVID-19 pandemic will have benefits far beyond ameliorating the spread of this disease, and current research into clean energy and better batteries may well lead to unexpected breakthroughs in physics and chemistry.

2. Science is driven by culture as much as by scientists.

Albert Einstein was a truly brilliant and remarkable human. But he was also born in exactly the right place and time to produce his paradigm-shifting insights. Inventions like the telegraph had dramatically shortened communication time, and early cinema was playing with the passage of time, speeding it up and slowing it down. In this context, Einstein’s dramatic reassessment of the physics of time—showing it to be reliant on an observer’s point of view—seems a quite natural development. Einstein also benefited because for the first time, scientists from all around the world, from the Bay Area to Bengal, were swapping and sharing ideas.

By the same token, the wrong conditions can be devastating to science. In the 19th century, due to cultural limitations, men went out of their way to prevent women from entering science. Despite that restriction, some women like Agnes Pockels, Emmy Noether, and Marie Curie did exemplary work. We can only speculate how much more advanced we would be if women had had equal access to science throughout history.

In short, science is not handed down to the rest of us from on high; it’s a collective endeavor in which we all have a stake.

“According to Google’s own data, their electricity consumption in 2018 was about the same as that of a small country like Lithuania.”

This phrase was coined by Rolf Landauer, a German-American physicist who worked at IBM for many decades beginning in 1952. His words capture an idea that we don’t often think about: Information—whether in the form of sound waves, ink on paper, or electrons in silicon—is all part of the physical universe. Today, as the digital economy continues to grow and more and more of what we do happens online, we must confront the fact that this consumes energy and generates huge amounts of waste heat. According to Google’s own data, their electricity consumption in 2018 was about the same as that of a small country like Lithuania. Information and communication technologies contribute to more than two percent of the world’s carbon emissions, which is roughly the same as that of the aviation industry.

Using current materials, if transistors were to continue to shrink for the next two or three decades at the same rate at which they have since the 1960s, the amount of heat generated by each chip would be tremendous, similar to that in the exhaust nozzle of a rocket. That’s obviously not sustainable, so the next great leap in computing must involve radically new materials. It’s useful to note that when processing information for DNA replication, an E. coli bacterium uses an estimated 10,000 times less energy than a human-built transistor. It’s a humbling reminder that drastically more efficient information-processing is possible.

4. Scientific intuition is a powerful, but imperfect, tool.

There’s a common view that scientists dispassionately derive laws from data. But generally, scientists use their intuition to decide what they feel is true, and then they use data to see if they’re right. This can be a powerful method, but it means that even the best scientists sometimes get things wrong.

“Science has had truly epic consequences, and its history should be center stage.”

Take, for example, Lord Kelvin, after whom the absolute temperature scale is named. As a young man, Kelvin was a champion of the laws of thermodynamics, even though many of his peers were skeptical. Many thought the data was inconclusive, or that its claims weren’t particularly important. But to Kelvin, thermodynamics felt right. Even though he often used patchy data to make his case, in the long run, he was vindicated.

However, Kelvin’s intuitions didn’t always work out. In 1859, when Charles Darwin published the theory of evolution by natural selection, Kelvin felt it was wrong. He used clever thermodynamic arguments and measurements of geothermal heat to argue that the Earth was millions of years old, rather than billions, which would not have allowed time for evolution to occur. Darwin was shaken, and in his lifetime, he never found a satisfactory response to Kelvin. Darwin died before the discoveries of radioactivity and nuclear energy changed scientists’ understanding of the Earth’s age, and confirmed there was ample time for evolution to unfold—and that Lord Kelvin’s intuition had been wrong.

5. The history of science is history that matters.

Students of 19th-century history learn about Waterloo, European land grabs, the Austro-Prussian war, the Franco-Prussian war, the Spanish-American War, and so on. But as these events were occurring, the world also saw the discovery of electromagnetism and thermodynamics, and the consequent breakthroughs in engineering, chemistry, and biology. These scientific discoveries enabled the global communication networks and instantly available energy that many of us take for granted today, and led to the greatest improvement in the human condition in the entire history of our species. While much is wrong with the world today, few want humanity to return to the poverty, the disease, and the appalling rates of child mortality that dominated human existence for most of its history.

Of course, there have been important battles fought to oppose tyranny and injustice. But science has had truly epic consequences, and its history should be center stage.

To listen to the audio version read by Paul Sen, download the Next Big Idea App today: