What I Learned From Steve Jobs 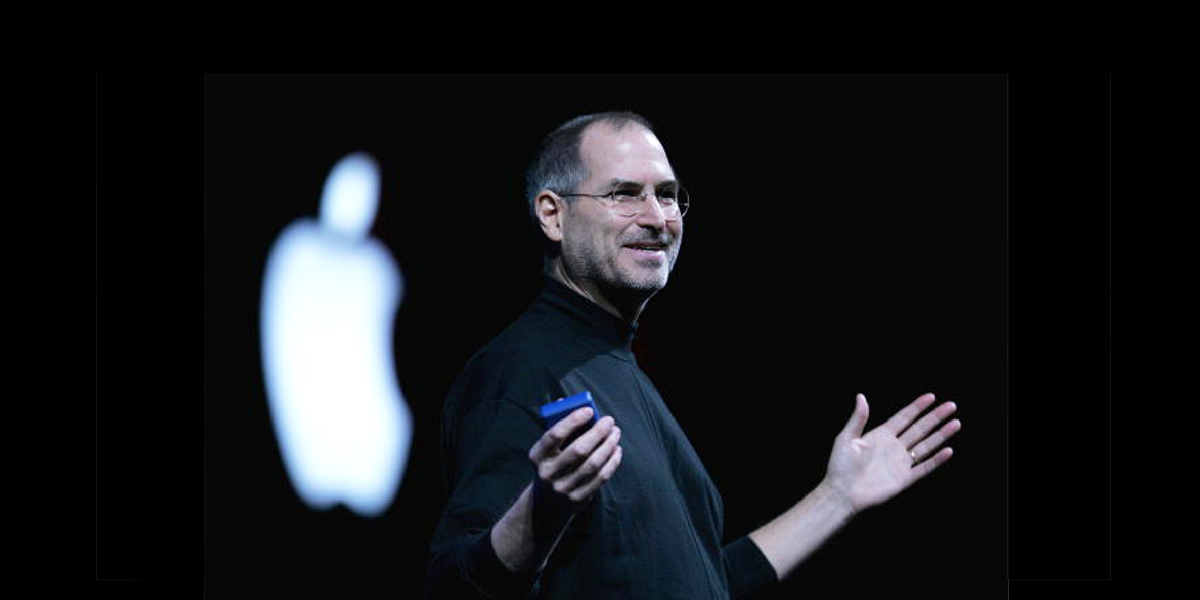 It’s been a long time since I did a post that was primarily a link to another blog with commentary, but I came across something today that I really want to share. One of the most common questions I get about the lean startup methodology is, “but what about Steve Jobs?” When I try to unpack what people mean by the question, here’s my best take on what they are asking: “Look, Steve Jobs doesn’t go out and ask customers what they want. He doesn’t put out crappy, buggy products and then ask for feedback. And he doesn’t shy away from big-bang launch events. He tells customers what they want, and he gets it right. So how do you reconcile his success with the lean startup, which seems to suggest the opposite?”

I rarely give a satisfactory answer to this question, because I don’t know Steve, nor have I worked at Apple or Pixar. So I can’t speak for what happens on the inside. Luckily, neither can most of the questioners who pose that conundrum to me. We all seem to have a mythical sense of how Jobs works, based mostly on speculation and our very human desire to believe in heroes.

My normal answer is that I don’t really think that’s how Apple products are built. Plus, the premise of the question misunderstands the lean startup, too. Like any good pundit, that lets me pivot back to talking about something I do know about.

So imagine my delight when I saw this blog post with excerpts of a Steve Jobs interview. Here’s the key quote:

Steve Jobs on why Apple doesn’t do market research – Bokardo:
It’s not about pop culture, and it’s not about fooling people, and it’s not about convincing people that they want something they don’t. We figure out what we want. And I think we’re pretty good at having the right discipline to think through whether a lot of other people are going to want it, too. That’s what we get paid to do.

The key phrase for me is “having the right discipline to think through whether a lot of other people are going to want it.” That’s what so many techniques that I advocate are all about: customer validation, minimum viable product, vision pivots, and even throwing away working code. Getting customer feedback is emphatically not about abandoning your vision or abdicating responsibility for innovating. Instead, it’s about testing visionary ideas against reality, to discover what really works. Put another way, feedback’s not about you – it’s about them. When a customer tells you how they feel about your ideas, that doesn’t tell you anything about your ideas. It tells you something about what that customer thinks and feels. Figuring out whether and how to incorporate that new information into your vision is your job. As Steve says, “That’s what we get paid to do.”

Now, I can’t speak to what process Steve Jobs uses to get his team to do this market assessment. Maybe they do it at the whiteboard. Maybe they just have great gut instincts. Or maybe there is the occasional potential customer or early prototype involved. But I’m willing to make some guesses. Here’s how I make sense of their success. From here on out, this is strictly my imagination talking. To be clear, I don’t know if Apple really works this way.

First, note the important use of work-in-progress constraints (kanban). As Steve says in the source interview:

Apple is a $30 billion company, yet we’ve got less than 30 major products. I don’t know if that’s ever been done before. Certainly the great consumer electronics companies of the past had thousands of products. We tend to focus much more. People think focus means saying yes to the thing you’ve got to focus on. But that’s not what it means at all. It means saying no to the hundred other good ideas that there are. You have to pick carefully.

Having so few products means Apple can dedicate enormous resources to each project once it gets the green light. But it also means they have to be very careful kill projects if they are not trending towards something great. Which comes to the second major principle: halt work that leads to more waste, even if it means abandoning sunk costs. This is a version of the andon cord technique from lean manufacturing. Steve describes it like this:

At Pixar when we were making Toy Story, there came a time when we were forced to admit that the story wasn’t great. It just wasn’t great. We stopped production for five months…. We paid them all to twiddle their thumbs while the team perfected the story into what became Toy Story. And if they hadn’t had the courage to stop, there would have never been a Toy Story the way it is, and there probably would have never been a Pixar. “We called that the ‘story crisis,’ and we never expected to have another one. But you know what? There’s been one on every film.

These two principles combine to free up tremendous resources for raw R&D and innovation, because so few people are stuck working on “death march” internal projects or maintaining low-success released products. What do all those other people do? For one, capacity development. Apple has a track record of creating lots of interesting enabling infrastructure, like Quicktime and Bonjour, which sometimes become key to their products and othertimes not. My guess is they have lots of people constantly working on interesting new tools for their designers to play with. Those new capabilities must translate into a constant stream of prototypes – most of which turn out to be utterly bad ideas.

The real question is: how do they evaluate a prototype to know if it’s a good idea? If they were an unknown web 2.0 startup, they could release the app and see how customers respond. But that would be a disaster for Apple, so whatever testing they do has to happen in secret and behind closed doors. (For startups that are tempted to mimic this behavior, I suggest reading the great account of the early Apple in Founders at Work.) Regardless, they must cull a lot of bad ideas for every one that we hear about. Holding his team to a high standard for what constitutes a great idea is what I imagine to be the most value-creating part of his job.

Most executives, especially in startups, don’t have the courage to hold their teams to a high standard for new products or features. Just because something looks pretty, or feels like a good idea, or has a lot of sunk cost in it, does not mean it should be pursued. Not even if it’s generating revenue. The only efforts a new product team should be expending are those that lead to validated learning about customers. Here’s hoping Steve will share those techniques with us someday. In the meantime, I hope some of you will find the lean startup a helpful framework.

Overall, here are the lessons I take from (the imaginary) Steve Jobs:

As I said, applying these principles in a startup is different from a very high profile public company. I’ve tried to abstract them a little so we can examine them at a level where they might translate. So far, everything I see is compatible with what I believe. So thanks, Steve, for the inspiration, the great products, and the great advice. Here’s hoping future innovators who will follow in your footsteps are reading today.

Time for me to sign off – my Macbook Air is really burning up my lap. This viable product is a little too minimal…