You Might Be Hiring A New Employee Too Soon. Here’s How To Know. 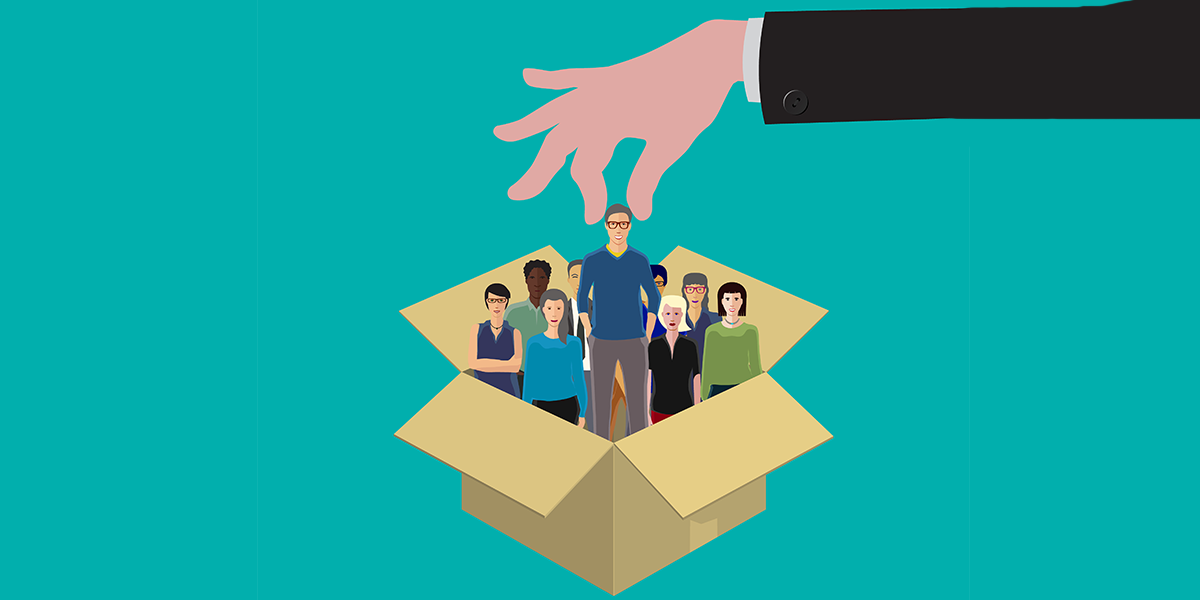 I have been doing some thinking about costs. Fundamentally, lean startups do more with less, because they systematically find and eliminate waste that slows down value creation. Sounds a little abstract, though, doesn’t it? I want to talk specifics, and when you come right down to it, most technology startups don’t have a very interesting cost structure. Almost all of it is in one giant fixed-cost bucket: salaries. And all of that cost was caused by one activity: hiring.

Hiring is no different from any other company process. I’ve written previously about how to conduct a good interview, how to build a process to assess fit, and, most importantly, how to do root cause analysis to continuously improve. But hiring does have some special challenges, and today I want to talk about the one that drives almost all of the cost (and most of the mistakes): deciding when and how to hire new people.

In the startups I’ve been involved with, there are few mistakes I regret more than hiring too many people too soon. It’s one of the hardest things to see while it’s happening, and it’s one of the hardest mistakes to undo, because of the human and emotional costs of layoffs. Much of what I have found effective is counter-intuitive, because it requires investing more effort in each hire – all in the name of efficiency. This can be especially challenging for HR professionals who measure their success based on the number of jobs they fill. This is another sub-optimization caused by incentivizing the wrong metric.

We should begin by clearing up one common misconception: that hiring more people means you can create more value faster. This is a variant of the time-quality-money fallacy, and it is not necessarily true. There are two complicating factors. One, which is described in great detail in the Mythical Man-Month, is that as you add people to a team or project, there is an increase in communications overhead that makes everyone slightly less productive. Second, a lot of work that you do is actually not value-creating – it’s waste. Hiring people to do more of that kind of work can actually slow down your whole company. In fact, unless you are adding capacity to a bottleneck in your development process, you probably should not be hiring at all. For more detail on this second point, I recommend The Goal: A Process of Ongoing Improvement.

In any event, in order to hire effectively, you have to have a strong understanding if what the unit of progress is for your company. For additional thoughts on that topic, see Lean startups vs lean companies.

Let’s start with deciding when to add a new job to the payroll. Here’s my suggestion: don’t hire for any job unless you have tried, and failed, to do it yourself. There are lots of bottlenecks in any company, but only a few of them actually are on the critical path of a startup’s success. For example, let’s say you don’t have an operations team, and so you’re still getting paged late at night when servers crash. Is it time to make your first operations hire? That depends. If you’re coming in to work groggy and therefore are not spending time with customers, I’m willing to bet it is. But if it’s just an inconvenience, then you should focus on figuring out how to mitigate the pain rather than hire to alleviate it.

The main drawback of this approach is that most people in most startups are already too busy. As a mentor of mine always says, “Startups don’t starve, they drown.” If you’re already too busy, how can you afford to take on yet another job? Wouldn’t it be faster to just hire a new person and delegate to them? Not in my experience. If you hire a smart, competent person, they will inevitably find ways to be productive and keep busy. But you still won’t know if the work they are doing is on the critical path. They may be dong good work, but you must be able to evaluate its contribution to the company’s overall success to know if you’ve made a hiring mistake or not. If you’ve done the job yourself, you’ll know that it’s important and you’ll know what success looks like. Oftentimes, in my experience, you’ll realize that you don’t need to hire for it at all.

Insisting that someone inside the company take on every new job has other benefits, too. It’s a way of making necessity the mother of invention, and taking advantage of your limited resources to help the company decide not to do things it doesn’t need to do. This tool is often hidden in plain sight. I didn’t truly appreciate its power until I saw how larger startups can lose it if they’re not careful. Having too few people forces companies to focus on working smarter and eliminating unnecessary projects.

In many situations, the goal of hiring is to bring in expertise that the team doesn’t already have. This might seem like another time where delegating makes sense, but again I recommend trying to have an existing person take on the job. In fact, I recommend putting one of your best people on the new job, even though that’s especially painful. In my experience, having a generalist try to emulate an expert’s job will result in three possible outcomes:

Once they’ve decided to make a hire, startups should specialize in hiring candidates who are not actively looking for a job. This requires dramatically more work than hiring active candidates, but it usually generates positive returns.

The best candidates are those you (or someone on your team) have worked with before. Hiring them has substantial benefits over strangers: lower risk (because you know their strengths and weaknesses ahead of time), faster team integration (because they know someone already and that person can mentor them), and lower communication overhead (because they are more likely to speak and undersatnd a common language).

Most companies I work with think they are already pursuing these already-known passive candidates. I disagree. I am willing to bet that, right now, you can think of at least one person who is not working at your company who is an absolute star at what they do. Even if you have a referral bonus program, even if you’ve talked to that person about your company, and even if you’ve sent a recruiter to call her, I bet you could do more. Ask yourself this question: have you really made that person an offer they can’t refuse? No Godfather-type violence is required. Telling someone “I really believe you can change the course of my company’s life, and I’m willing to do whatever it takes to get you on board” is surprisingly powerful. Every person who you could make that offer to but haven’t is a lost opportunity. Multiply that across everyone in your organization, and every superstar they know, and that’s a huge potential pool of talent.

Even passive candidates that you don’t already know have advantages that make them worth pursuing. You learn much more from trying to convince them to join, because they are more likely to ask you tough questions. You want people to turn you down if your pitch is bad, so you have more opportunities to learn how to get better (and is it possible that the problem isn’t just with your pitch?). Given that most recruiting channels are pay-for-performance, it’s usually cheaper, too, because it has a lower conversion rate. If you want to expand your pool of available passive candidates, give a site like NotchUp a try. They maintain a huge database of passive candidates, by offering to pay them when they interview. Again, by requiring you to invest more in each candidate you see, you learn to be much more careful about talking to the right people, and more focused on closing those candidates. (They also have a pay-for-performance model that’s much cheaper than your typical contingency recruiter.)

Hiring well requires a lot of introspection in order to do it well. You have to really understand your company and what it needs. You need to be able to communicate the value your company creates to others. And you need to be able to ask yourself the tough questions to continue to refine your hiring process as you scale. But in lean times like these, I don’t see any real alternative.