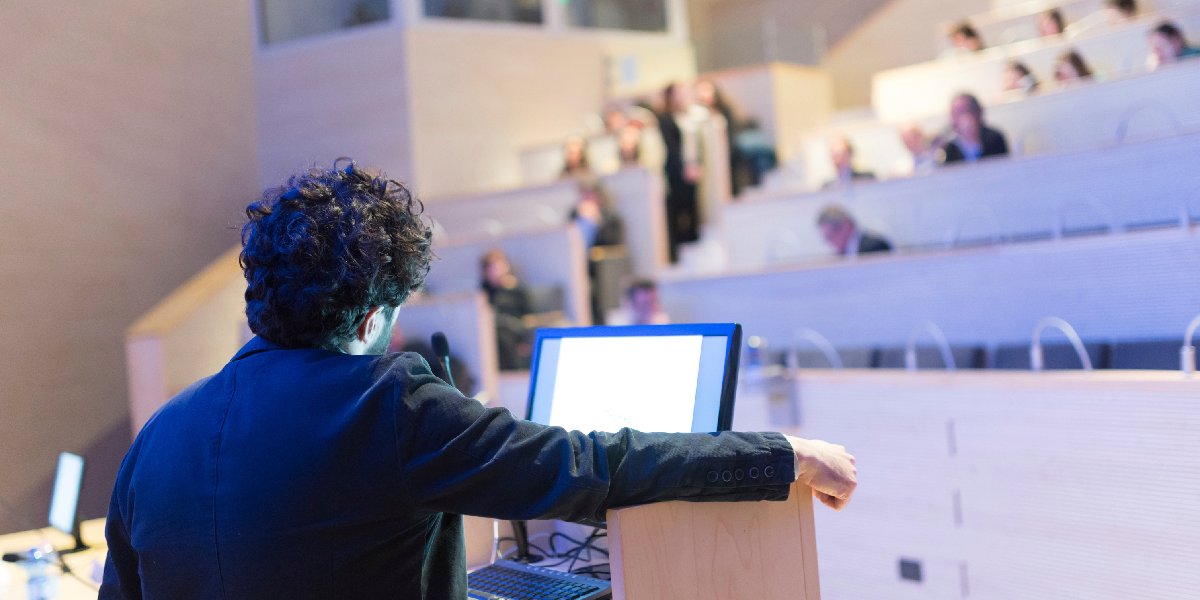 16On April 1, 2009, I was as nervous as I have ever been in my life. It was just minutes before I was supposed to go on stage for the very first time and present The Lean Startup to a large audience, at a big conference. To that point, I’d been talking about Lean Startup concepts only on a seldom-read blog and with people in my immediate network. I had advised startups and VC’s, guest lectured a few time, and met with some small groups of extremely early adopters, like Sean Murphy’s Bootstrapper’s Breakfast. This was different.

I’d had plenty of public speaking experience in my life. This was not the largest audience I’d ever spoken in front of, and I’ve since stood before much larger. I had pitched startups and products, raised money, and lived through some tough negotiations. But this time, I was presenting an idea, not a product. And I was presenting on my own behalf, not on behalf of a company, risking ridicule and hoping for acceptance.

Don’t think I wasn’t prepared. This is a Lean Startup talk we’re speaking of, people. I had a Customer Advisory Board, made up of the type of people who attended this conference, to give me feedback on my talk and slides. I had beta tested the talk with a smaller audience of entrepreneurs at Stanford. And I had been testing variations on the underlying stories on just about anyone who would listen.

My anxiety stemmed from a question that kept occurring to me in the hours before I walked on stage: why am I doing this? For some people, getting up on stage is the most natural thing in the world. Not me. Some people love going to conferences, mixers, and summits. Not me. Some people thrive in the “startup scene.” Not me. When I was a real live practicing entrepreneur, I never had the time or the desire for that stuff. And yet, here I was, about to try and convince nearly a thousand people that I had something valuable to say about entrepreneurship. Why?

I remembered a specific moment from my very first startup. It was the moment I realized my company was going to fail. My cofounder and I were at our wits’ end. The dot-com bubble had crashed, and we had spent all of our money. We were trying desperately to raise more, and we could not. The scene was perfect: it was raining, we were arguing in the street. We literally couldn’t agree on where to walk next, and so we parted, in anger, heading in opposite directions. As a metaphor for our company’s failure, this image of the two of us, lost in the rain and drifting apart, is perfect.

It remains a painful memory.

We had begun as friends, and ended as enemies. The company limped along for months after, but our situation was hopeless. Looking back, I know our failure was inevitable, because we had no clue. It seemed we were doing everything right: we had a great product, a brilliant team, amazing technology, and the right idea at the right time. And, as I’ve mentioned previously, we really were on to something. We were building a way for college kids to create online profiles for the purpose of sharing… with employers. Oops. But despite a promising idea, we were nonetheless doomed from day one, because we did not know the process we would need to use to turn our product insights into a great company.

If you’ve never experienced a failure like this, it is hard to describe the feeling.

It’s as if the world is falling out from under you. You realize you’ve been duped: the stories in the magazines are lies, hard work and perseverance don’t lead to success, and – worst of all – the many, many, many promises you’ve made to employees, friends, and family are not going to come true. Everyone who said you were an idiot to do this will be proved right.

Looking back, the idea that this failure was preventable makes me ill. That is the memory I conjured up right before going on stage that April 1st. And I thought, nobody should ever, ever, ever have to go through that. If I can reach just one entrepreneur and help them find a different path, that will be a success. If I get laughed off stage, if I never give another talk, if nobody ever reads my blog, none of that will matter if, in the back of the room, there’s just one person who can use what I have to offer to save their dream, their vision, their startup.

That was the mission that carried me onstage. It helped me stay calm in the face of the unexpectedly large crowd and the incredible response that followed. That day, I had absolutely no idea what would come later – that Lean Startup would become a movement, that it would take over my life, that I’d be writing a book about it, that you would be reading my words today. (You can read my original post-conference report here, including a scratchy iPhone recording of the talk itself.)

While I’m writing, I can never be quite sure if I’ve hit the mark. It’s been hard, but I am optimistic. Writing The Lean Startup has allowed me to meet so many entrepreneurs who are building extraordinary organizations. It is their efforts which form the backbone of the Lean Startup movement. The world is going to hear a lot about it in the future. And the mission I discovered as a nervous wreck in 2009 continues to motivate me to keep going.

I am grateful to you entrepreneurs, who test ideas in the crucible of daily practice. You are making incredible things happen. You are changing the world.