Exit Path: How to Win the Startup End Game 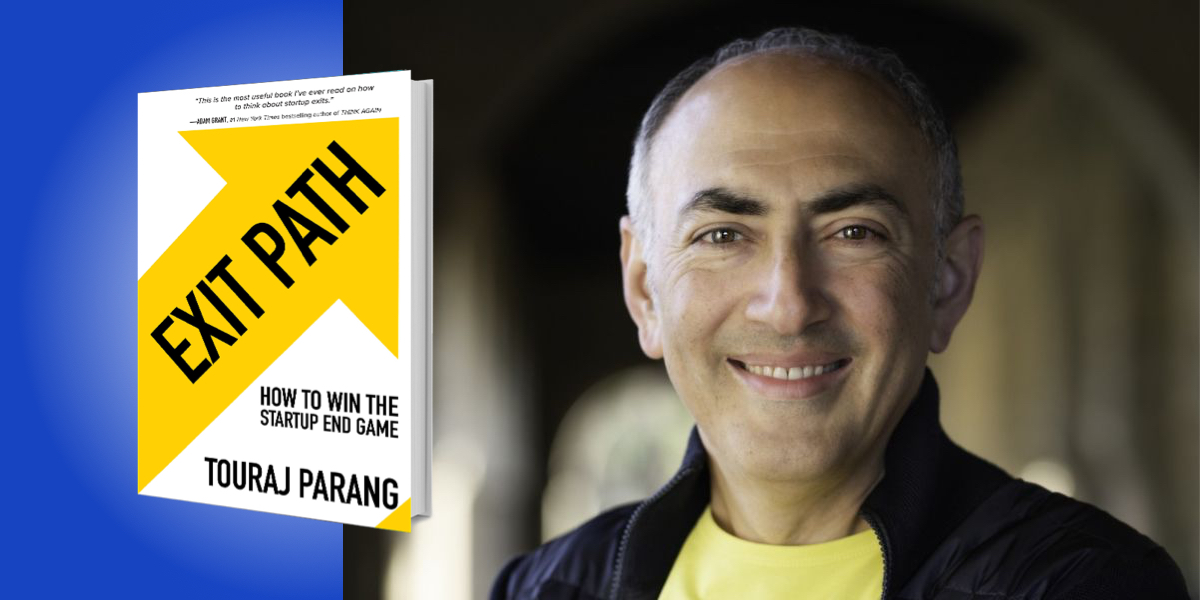 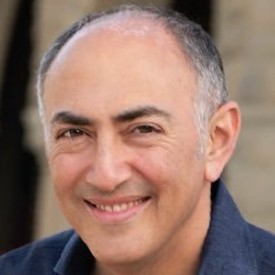 Touraj Parang is President and Chief Operating Officer at Serve Robotics, a startup shaping the future of sustainable, self-driving delivery, and an Operating Advisor at Pear VC, an early-stage venture capital firm.

Below, Touraj shares 5 key insights from his new book, Exit Path: How to Win the Startup End Game. Listen to the audio version—read by Touraj himself—in the Next Big Idea App. 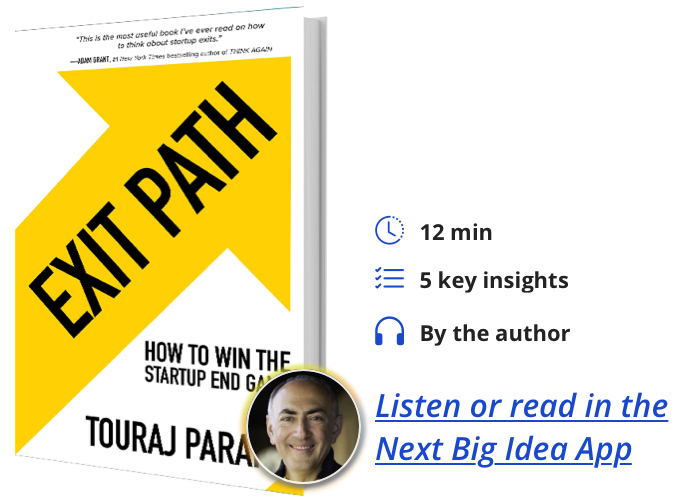 1. Start with the end in mind.

Starting a new project or business is exhilarating and exciting. The opportunities are often boundless, and so are the number of tasks on the trajectory towards meaningful progress. It is natural to start by focusing on incremental, near-term goals, but the danger is becoming overly immersed in the daily activities. It’s easy to get caught up attending to one emergency after another, making us lose sight of where we intended to go in the first place. We end up prioritizing what is urgent over what is important. Before we know it, we are headed to some unknown destination, like a boat at sea without a compass.

This is why it is critical to clarify goals upfront and define what success would ultimately look like. For many entrepreneurs, success is not just about financial outcome, but also about progressing a specific mission and leaving a lasting impact. This could be organizing the world’s information (which was Google’s founding mission) or capturing and sharing the world’s moments (which was Instagram’s).

“Success and survival are only possible when we have a realistic assessment of our chances, and take actions accordingly.”

For many businesses, achieving that core mission only becomes feasible through a sale to an acquirer. It is quite possible that neither Instagram nor YouTube would be household names had they not been acquired by Facebook and Google. Sometimes the simple act of creating a wish-list of acquirers and ranking one against the other can set in motion events that radically transform the fate of those startups.

Optimism fuels entrepreneurship, which is the backbone of our economy and the source of most innovations. Every quarter, over 70,000 new businesses are formed in the U.S., though the majority don’t survive more than five years. This statistic is a testament to the enduring power of optimism. But there is a hidden cost to optimism: if unchecked, it can distort our perception of reality and create dangerous blind-spots.

For instance, last year I conducted a survey of startup founders and entrepreneurs, asking them what they considered to be the success rate of startups. They accurately estimated it to be less than 25 percent. But when I asked the same group what they considered to be the chance of success for their own startups, their responses neared certainty. None of them thought the statistics applied to them. While as entrepreneurs we need conviction in our ability to execute, what results from a complete disconnect with reality is a lack of proper strategic planning. This also explains why the majority of entrepreneurs are unprepared for the sale of their business. Success and survival are only possible when we have a realistic assessment of our chances, and take actions accordingly.

3. Leverage the upside of optionality.

Imagine you were invited to a game of escape room, but this one had one important modification: no time limit, so you can’t leave until you solve the puzzles. Would you be eager to play? And if you did agree and entered that room, would your performance be better or worse knowing that the stakes are so high? As it turns out, not having the option to escape a situation elevates the level of stress we experience and as a result diminishes our performance. This is a phenomenon psychologists refer to as the panic button effect. That is one of the many upsides of an exit strategy and optionality.

“Risk and reward are correlated, but more risk does not lead to more reward.”

In business, one of the most effective ways to improve the odds of success and survival is creating strategic options rather than single-mindedly pursuing one path. While focus, commitment, and a healthy appetite for risk are all attributes of successful entrepreneurs, what distinguishes entrepreneurs from gamblers is the ability to take calculated risks. Of course, risk and reward are correlated, but more risk does not lead to more reward. To obtain the reward, you need to tilt the odds of success in your favor by mitigating risks. Venture capitalists and investors mitigate risks through their portfolio strategy. Savvy entrepreneurs mitigate risks by conducting experiments and creating strategic options. Many, such as Bill Gates, Pierre Omidyar, Sara Blakely, and the founders of Warby Parker, went to great lengths to hedge their risks before even committing full-time to their respective startups.

As an African proverb says, “If you want to go fast, go alone; but if you want to go far, go together.” The most successful people tend to be great relationship builders. In today’s hypercompetitive and interconnected world, interpersonal relationships provide unfair advantages in business and elsewhere. The extent to which high stakes strategic partnerships and acquisitions are influenced by interpersonal dynamics is truly surprising. But that is perfectly understandable because companies don’t do deals, people do.

Genuine personal connections bring trust, confidence, and credibility, which are the attractants and glue in lasting business relationships. Conversely, we tend to have skepticism and risk aversion when interacting with people we don’t really know. Social bias becomes more pronounced as the size of the transaction and stakes become larger, since higher stakes amplify the need for trust, confidence, and credibility between the parties.

Until you translate your strategy into action, you only have a “statement of good intentions,” as the father of modern management Peter Drucker puts it. Now, the conventional approach to implementing a strategy is systematically proceeding from the planning phase to the execution phase, starting by setting priorities, assigning roles and responsibilities, and then following them up with periodic check-ins against your stated goals in the plan. But, if you try implementing a long-term strategy, such as an exit strategy, you will have forgotten all about it within a couple of quarters. I have yet to meet a fellow mortal who stuck to a New Year’s resolution. By summertime, most resolutions have already taken their vacation.

“One of the key features and benefits of momentum is it gradually gains strength without requiring a massive up-front effort.”

My recommended approach to long-term strategy execution is focusing on building momentum. Lacking momentum is like being on a highway without fuel in your tank: you may be on the quickest path to your destination, but sooner or later you find yourself stalled while others zoom past. Without momentum, strategic activities become dreaded chores.

One of the key features and benefits of momentum is it gradually gains strength without requiring a massive up-front effort. All you need to do initially is to take some small step forward. As momentum builds, your job as the leader becomes more steering and less pushing. The most important tools for creating and maintaining momentum are (a) connecting and reconnecting with your why periodically, (b) obsessing over and celebrating incremental progress, and (c) creating and maintaining a pulse and drumbeat for your activities.

To listen to the audio version read by author Touraj Parang, download the Next Big Idea App today: